Finding Maps for the Spiritual Journey 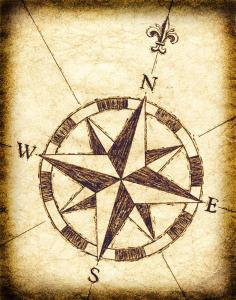 I’m currently working on a book describing the spiritual journey. What follows I just cut from that manuscript. But it still felt like it might be useful in another context.

As we enter the way we can feel we’re crossing deserts moving toward an oasis with life-giving waters. Sometimes only to find a shimmering mirage on the horizon that quickly disappears as we approach. Grail. Oasis. Mirage. Deserts. If we’re honest we realize in matters of the heart, it’s really hard to sort out truth from fiction. It can be enormously difficult to sort our deepest calling from our apparently endless well of desires and aversions.

Fortunately, there are those guides, and there are maps for this journey. Of the maps they come ancient and modern. A serious student of the way can find value in most all the ancient guidebooks. Although with all of them, ancient and modern, one needs to be careful. Every map of the spiritual journey misses something. Putting several maps together can be helpful.

In the West the Jewish tradition has produced the Zohar, attributed to the first century of the common era, although many scholars place its authorship in the thirteenth century. If we dig into it, we find many of our most important spiritual texts have uncertain parentage. Of course, there are many other maps within the tradition. Within Islam the twelfth century poet Farid ud-Din Attar gives us the Conference of the Birds.

Those familiar with these texts will know most do not attempt to offer a full map with a start and a finish. Again, why it’s wise to look at several.

One that does attempt the full arc of the spiritual life, and probably the most famous spiritual map within Zen is the Ten Ox Herding Pictures. It had several versions but is best known for the twelfth century one by Kuoan Shiyuan. What follows are notes from my own spiritual journey. Along the way I reference several of the world’s traditions, a universalist spirit is in the air. And, I’ve profited much from guidance from unexpected quarters. But the loose container for this reflection will be these Ox Herding pictures.

Shiyuan’s Ox Herding pictures and their verses show how a student of the intimate way starts on the spiritual quest, has various encounters of ever deeper insight, passing through both emptiness and the phenomenal world, and finally ending up a fat guy carrying a bag of presents into the village.

This is important. And worth remembering from the beginning. Of all the images of awakening, of healing, of salvation; one of the most complete and Zen’s best-known map presents a fat guy carrying presents at the heart of the matter.

Somehow, I love this. It brings warnings. And it offers hope for all of us.

January 31, 2022 Marking the Birth of Thomas Merton
Recent Comments
0 | Leave a Comment
"I'm sorry to begin with an act of self-advertisement, but everything I want to say ..."
Charles Upton Frithjof Schoun & Traditionalism
"this site will not unsubscribe me so i'm getting back MY way. HAHAHAHAHA! https://uploads.disquscdn.c..."
Robert Willis Water and Light Soaking into the ..."
"i KNOW that ALL religions are for people that were indoctrinated as children and still ..."
Robert Willis Water and Light Soaking into the ..."
"Ive seen more and more Chirstian Buddhists. I wondered why Buddhists have lost their compassion ..."
Brianna LaPoint Zen Meditations on the Mysteries of ..."
Browse Our Archives
Related posts from Monkey Mind