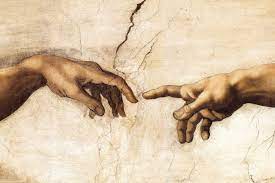 Christian Zen is something wonderful.

Although what it is precisely is a bit slippery. Mostly it turns on Christians having found Zen meditation useful in their spiritual lives. But sometimes it gets weirder and much more interesting. There are now a rather large handful of Christians of a professional sort, clergy and monastics, who have been acknowledged as Zen masters. Plus a few householders. Overwhelmingly from within koan schools, the larger majority within the Harada-Yasutani lineage. This makes some sense as there are quasi objective standards involved. One must pass hundreds of koans. Of these teachers the larger number are Catholics, but with a generous sprinkling of Anglicans and Protestants.

Every once in a while I find myself included in lists of these Zen Christians.

I am flattered. Because they are a wonderful crowd. And there’s a hint of truth in it. I am, after all, a Unitarian Universalist minister. And it buds out of the most radical left of the Christian Protestant tradition. And, beyond that I freely admit to a “physiology of faith,” claiming a Buddhist brain, a Christian heart, and a rationalist stomach.” Over the years I’ve focused more in one area or another, but the image for the peculiar package that is my faith has remained within that frame for decades.

In some ways it’s a journey “between.” It certainly is something dynamic.

Of course, it has its challenges. And, for the most part, those are good.

For instance, it turns out that the Presiding Bishop of the Episcopal Church, the Most Reverend Michael Curry just gave a sermon in which he quoted the Unitarian divine Theodore Parker, although only calling him an abolitionist. Still, he credited him for the line “I do not pretend to understand the moral universe. The arc is a long one. My eye reaches but little ways.I cannot calculate the experience of sight. I can divine it by conscience. And from what I see I am sure it bends toward justice.” The good bishop notes that Dr Martin Luther King jr, shortened it to “…the arc of the moral universe is long, but it bends toward justice.”

I’ve spoken on this more than once. I then add in the wonderful conclusion that former President Barack Obama had in a similar dual acknowledgment of this sentiment, that this arc bends because human beings put their hands on it and bend that arc toward justice. Perhaps that blends all three aspects of my faith. Whatever, I find it right.

But the bishop went in a totally different direction. After citing Parker and King, Bishop Curry said the arc bends because of God.

This is perhaps why I am not a Zen Christian. There is so much of the Christian tradition I respect and even love. I even use the word God, not a common thing among Zen people. But, not a God that puts a hand on the arc of history, whatever direction it goes.

I don’t know so much it fills worlds.

What I am quite clear of is there is no being like a human being but much bigger who intervenes in history.

A wondrous and powerful and amazing thing?

But, a mind directing it all? A mind with a hand reaching into it?

That’s missing the point. At least the point I’ve found in the many years of my spiritual journey.

And then I felt a softening. Those are my analysis. They speak the truth as best I can put it to words.

Then there’s the messiness of it. The God of it, if you will.

Seeing the God of each and every thing, yes. Feeling the connections. Yes. Finding myself called to put my hand on the arc. Yes.

And wondering if it matters if someone sees a divine person outside, above, reaching out. I feel a hesitation. And then wonder about the power of that hesitation. And then I feel that move laterally from literal to dream. To finding common ground with every suffering being calling out to father, to mother. Those fears. So real. Those hopes. I can taste them.

Is it necessary to pretend to believe what makes no sense? I should hope not. But, it is important not to confuse things. I believe it critical to be, well, critical. We need to find the sweet spot between having an open mind and having a mind so open our brains fall out. Finding the place where we witness as things present is all that is asked for. And with that we need to let everyone find their way into the mystery from where they are. Including ourselves.

Because it’s all so important.

It is a journey. And, the finding is so important. Coming to a place so common, so ordinary, it drags hymns from my mouth. Praises on my tongue.

Not knowing who directs my hand?

Perhaps this is a Christian Zen.

I strongly suspect it is God singing in and through. And reaching out…

March 18, 2022
A Terrible Joy: The Smallest of Meditations on Awakening in the Spiritual Life
Next Post

March 20, 2022 Fanatics and the Spiritual Life
Recent Comments
0 | Leave a Comment
"everything Jesus has to say about being a true believer of the true way is ..."
Isa Kocher HONEST TO JESUS: The Zen minister ..."
"My translation at http://home.pon.net/wildros...and here https://terebess.hu/english...Terebess has 26 translations at https://terebess.hu/zen/tex..."
Gregory Wonderwheel Faith in Mind, the Xinxinming, a ..."
"Happy birthday in advance, thanks for this thoughtful article and the ones to follow it."
Oliver Oehm Sun Faced Buddha, Moon Faced Buddha: ..."
"Thanks, James. While not specifically Zen, a sangha member alerted me to the book A ..."
Julie A. Nelson Holders of Lineage: A Small Meditation ..."
Browse Our Archives
Related posts from Monkey Mind