Where Form & Emptiness Meet: A Buddhist Reflection on a Truth of Good Friday 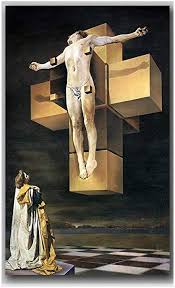 Here we are. And in 2022, today, the 15th of April is Good Friday. (Not coincidentally, it’s also the first day of Passover) Within the Christian tradition, Maundy Thursday kicked off the events that led to today’s horror, tomorrow’s mystery, and then Easter.

Not just because of the season, but certainly helped along by it, I’ve been thinking a lot about Christianity of late. And when I think about something it pops up on my blog or on my Facebook pages. Generally I’m a fan of Jesus. So, it’s not a surprise that on a social media thread a friend asked, “So, what is it about Christianity that you don’t believe?”

Certainly a fair question. Particularly as in all that thinking about Christianity, I’ve posted a lot about what I find attractive and useful, and I’ve included a lot out of the Buddhist Christian dialogue that suggests a lot of common ground. Or, at least, that there are ways a Buddhist might understand Christianity. Including some of the harder parts.

My life’s journey begins within the warm embrace of the Christian tradition. My natal faith was fundamentalist Christianity. Broadly Baptist. And it was that religion I set aside in my later adolescence to launch into a spiritual quest. I examined in relatively shallow ways several traditions before my deep dive into Zen Buddhism.

I ended up a Unitarian Universalist minister. Which has its own gifts and problems. The parts that were specifically spiritual, at least for me, were an attenuated Christianity and a wild freedom that explicitly allowed my Zen practices. It even allowed a dual ordination. Something critical for me.

For a very long time I would say I am interested in the religion of Jesus rather than the religion about Jesus. That’s a traditional Unitarian trope. And I was sincere. But, over these many years I’ve found I really am interested in that religion of Jesus, as well. The thing that would emerge out of the years of consolidation and cooption by empire and theologians of several stripes. The religion where Jesus is subsumed into the Godhead itself, and where the mystical tradition is an ever closer tumble into the constant swirling cloud of trinity. Where heaven and earth are joined in a terrible and never fully defined act of “atonement.” You know, today. Good Friday.

Now in my twilight years I find people often think of me as a “Zen Christian.” I deny it. But, I also rather like it. There’s quite a growing community of Zen Christians. They’re a wild and wooly lot. Many of them deeply rooted in both traditions, no mere tourists. And I do in fact share a great deal with that lot.

Hence, the question, what is it about Christianity that I don’t believe?”

I sat with it for a while. And, I realize it’s pretty simple. I simply do not believe in the historicity of the Jesus story as it is commonly promulgated. I have a pretty clear sense of the human Jesus. I have views that are within the bounds of critical analysis and what we know of the history of the time, the place, the religion that Jesus probably held, including the apocalyptic preaching, the cache of miracle stories, the cache of sayings and parables, the abrupt and horrific end of his ministry, and the stories that followed his death.

For me the Christian story is true. I mean the religion about Jesus. But it isn’t history.

I recently read a blog posting by an Evangelical who was excoriating another Evangelical, a minister, for suggesting that maybe, possibly the Virgin birth didn’t happen the way the stories go. The writer said this was a very steep slippery slope that would lead to disbelief. And, ended by demanding the minister self-defrock. Lots of that kind of thinking in orthodox circles.

His point is simple enough. Pick at a single thread and the whole thing unravels. Certainly that’s the fear. And, just to make sure we get the point, burning coals of ridicule are heaped on the heads of anyone who introduces a word like metaphor and applies it to the stories of normative Christianity. Many people don’t like a non-literal Christianity. Nor the people who ride into town on that particular horse.

I do not find that I have to judge my own faith by the definitions of one group or another. But out of honesty to myself and others, I do have to reckon with normative Christianity. And this faith of the heart but disbelief in the history pushes the line. The orthodox mostly assert this crosses the line. You believe or you don’t.

But, also, there is a legitimate questions. If the stories are not historical but point to something “true,” what is the true that they point to? Is there a compelling thing in claiming faith and not belief? And, if yes, what is that thing.

For me among the many religious traditions I discern the most important guidance within what is called nondual. Mostly these are associated with East Asia, Buddhism and Hinduism most of all. However, there are nondual currents within most, maybe all traditions. I find this nondual insight is a natural thing. It has something to do with our bodies and our minds. And while it is fostered within religions for the most part, no religion owns it.

Zen may be among the clearer of the nondual traditions, and offers some very powerful practices to help us first awaken to this reality. But there are other ways into the nondual, with different emphases, and different blind spots. Having knowledge of more than one tradition can offer corrections. For me as a Zen Buddhist the Christianity I’ve come to know and appreciate deeply, provides cautions and invitations I’ve found enormously helpful.

Now, when I put this all together for myself, I come up with my “physiology of faith.”

But for here. For this day, Good Friday. A pause. A noticing of a way in which heaven and earth are joined.

April 16, 2022 Holy Saturday, the Fracturing of the Divine, and the Eternal Invitation
Recent Comments
0 | Leave a Comment
"It is worth noting that the common notion, of Johnny Appleseed as itinerant apple planter ..."
mfidelman Recalling the American Nature Mystic Johnny ..."
"WTC, blown up with nukes made in Israel."
Rusty 9/11 Twenty-0ne Years Later
"Thank you, Greg. An interesting non-trinitarian body. Actually what I was soliciting and continue to ..."
jamesiford Recalling the Unitarian Bishop Gregorio Aglipay
"e"
Wemmu Finding the God Within: Zen, Marcus ..."
Browse Our Archives
Related posts from Monkey Mind