May 6, 2022 by James Ford
0 Comments
A Pause to Recall the Reverend Mr William Ellery Channing and his Life Changing Sermon May 6, 2022 James Ford 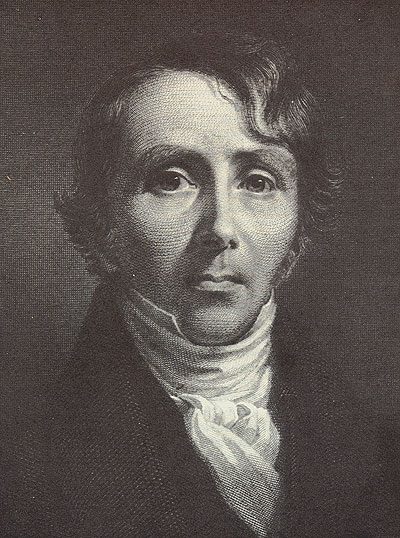 I missed it as it passed, but, yesterday, the 5th of May was a signal moment in the history of liberal religion in the United States. And, I want to take a moment to pause and reflect on it.

To this moment I have a vivid memory. I was working at Wahrenbrock’s Book House in San Diego. The exact date is lost for me, something in the neighborhood of thirty-five years ago. Wahrenbrocks was one of those great bookstores of what is well into being a bygone age. It stocked mostly used and antiquarian books.

Me, among other things, I had responsibility for tending to the used religions and metaphysics section. It included a really substantial collection of pamphlet literature, much from the nineteenth and early twentieth centuries.

I loved tending those pamphlets. One denounced Kaiser Wilhelm II as the antichrist with prodigious scriptural citations. Another revealed the pyramids were originally built just outside of Dublin but were later moved through a conspiracy between the Romans and, of course, the British.

And, that’s when I stumbled upon a pamphlet whose cover read simply “On Unitarian Christianity.” It was published in Boston, Massachusetts. It presented a sermon delivered on the 5th of May, in 1819, by the Reverend William Ellery Channing.

I took it home and read it.

The sermon was delivered in Baltimore on the occasion of the ordination of Jared Sparks (who would one day become president of Harvard College). The preacher Reverend Channing was the most prominent of the liberal and rationalist wing of the Congregational churches in New England.

Inspired by the spirit of the Enlightenment these liberals had publicly denied much of the then dominant Calvinist orthodoxy, insisting there was nothing inherently evil about our human condition. And, critically, they saw Jesus as a prophet whose life and teachings were the important thing, not his death. This did not go over well with that Calvinist majority. Looking for the worst epithet they could hurl at the liberals they dug up the word Unitarian.

While he didn’t use the word Unitarian (the title of the sermon was attached several years after the fact), that 1819 sermon put flesh to what that word actually meant. This would be one of a dozen incidents that took place in the first quarter of the Nineteenth century, which taken together would birth the institutions that would become the American Unitarian Association, the Universalist Church of America, and in good time our Unitarian Universalist Association.

Whatever the travails of the current Association, the heart of that message was one of spiritual liberty, and the honest pursuit of truth wherever it might lead.

I am so grateful.

And I will remain so to my dying day…

May 8, 2022 The Art of Peace in a Violent Time: A Small Mother's Day Meditation
Recent Comments
0 | Leave a Comment
"Yes. Lots of depth there. The Psalms are so crucially important to me. I don't ..."
Roger Butts A Unitarian Universalist Investigation of the ..."
"Think globally.Act locally.There is a lovely book available called Jesus and Buddha. It shows passages ..."
james warren The Art of Peace in a ..."
"We should not idealize or condemn Muir or anyone else. Muir was a man of ..."
Silverwolf13 A Feast for John Muir, Nature ..."
"The only great work of art ever made by a committee...There is a wonderful appreciation ..."
Nicholas Patterson King James’ Bible is Born
Browse Our Archives
Related posts from Monkey Mind