Last Season of a Witch: A Meditation on America’s last Witchcraft trial (so far)

It was on this day, May 14th, 1878. that the last trial on a charge of witchcraft was initiated in an American court. Somewhat awkwardly for all concerned, the case was heard in Salem, Massachusetts. It was brief. But it had an interesting backstory.

Lucretia Brown of Ipswich, Massachusetts was a life long invalid. At the age of fifty she embraced Christian Science and its promises of cures for matters physical as well as spiritual. For her the physical cure was paramount. And she pretty much immediately reported how she was cured of her painful spinal injury.

However not long after being cured Ms Brown suffered a relapse.

When Mary Baker Eddy heard of this she was certain the cause was Daniel H Spofford. Dr (the source of his doctorate is uncertain) Spofford had been one of her earliest disciples. And for some years was a close associate of hers. He was even the publisher of the first edition of her monumental Science and Health with Key to the Scriptures.

However, in the wake of a falling out over a considerable sum of money and possibly connected, a dispute over the publication of the second edition of her now best-selling book, Mrs Eddy had excommunicated him from the church. 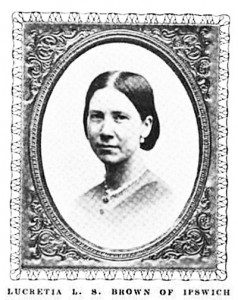 Mrs Eddy had discovered in her psychic studies a force she called malicious animal magnetism. She was convinced Ms Brown was not only the victim of this malevolent mental attack, but that Dr Spofford was the attacker.

Mrs Brown filed a complaint. It is alleged that Mrs Eddy wrote the particulars of the complaint herself. What we do know is that Mrs Eddy was deeply involved, even attending the trial, bringing along some twenty “witnesses” for the prosecution of the case.

On the 17th Mrs Brown and her attorney appeared in court, along with Mrs Eddy and all those witnesses. Dr Spofford chose not to attend. His attorney filed a demurrer arguing the court had no jurisdiction. 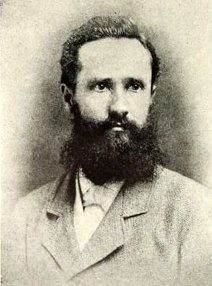 The judge, Horace Gray presided. Hearing the arguments he stated that the state had no control over people’s minds and dismissed the charges.

There was an appeal but that was it. The last trial for witchcraft in this country.

Gone with a whimper rather than a bang.

Nonetheless, good riddance. Well, given the proclivities of some of our current legislators, perhaps, at least, for now…

May 13, 2022
Julian of Norwich and Love. A Small Meditation on Universalism
Next Post

May 15, 2022 The Secret Key to Understanding Religions
Recent Comments
0 | Leave a Comment
"At the risk of shameless self-promotion I preached a sermon on Julian of Norwich on ..."
amylynn1022 Julian of Norwich and Love. A ..."
"Yes. Lots of depth there. The Psalms are so crucially important to me. I don't ..."
Roger Butts A Unitarian Universalist Investigation of the ..."
"Think globally.Act locally.There is a lovely book available called Jesus and Buddha. It shows passages ..."
james warren The Art of Peace in a ..."
"We should not idealize or condemn Muir or anyone else. Muir was a man of ..."
Silverwolf13 A Feast for John Muir, Nature ..."
Browse Our Archives
Related posts from Monkey Mind