Julian of Norwich and Love. A Small Meditation on Universalism 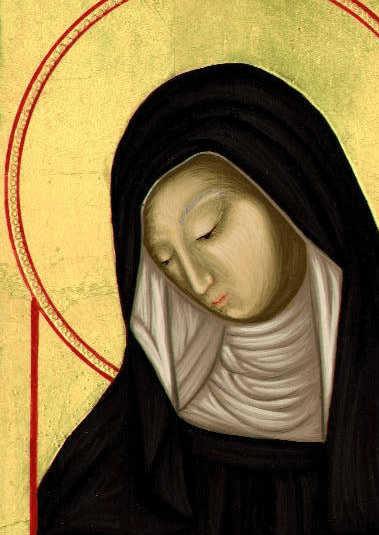 As it happens, today, the 13th of May, in 1373, Julian of Norwich starting having a series of visions. It would become the basis of her extended meditation, Revelations of Divine Love.

At Wikipedia we find:

Here I feel we find universalism as it is increasingly understood among us, our contemporary wrinkle on the ancient Universalism, the new built upon the old, but ever, how shall I say, more universal.

And, one more thing. The next paragraph in the Wikipedia article tellingly adds, “The most common principle drawn upon is love.” Love. Love.

First, a caution or two.

There are numerous dangers in such an encompassing path, one that claims to have hit upon universal themes in the many different religions, and even beyond. Foremost is picking and choosing from this religion and that. It becomes an open invitation to dilettantism, to perpetual wading in the shallows of faith. This grazing in the world’s traditions also holds, to my mind, the germ of truth in the contemporary concern with “cultural appropriation.” I’ve witnessed how people have in one stroke insulted practitioners of an ancient religious tradition indulging a taste for novelty, while at the same time completely avoiding any challenge or authentic depth in their own lives.

These are real dangers. That acknowledged I think the goal so important, healing our wounded hearts, as well as healing the world itself; we need to be willing to risk offense, and more. However we should undertake this only if we are willing to give our lives to the project, to avoid the shallows and instead to dive to the depths.

I’m fascinated to notice how our current expressions of Universalism, and that current which continues to present itself, whether we like it or not. It presents, bidden or not. The question is how we meet it. This universal way should, I believe only be engaged with relentless honestly, and complete vulnerably. While the dangers are great, so is the reward.

There is a still small voice in all of us, it really seems to me, that when we give up the noise we usually give ourselves over to, can be heard. It is the universal message of transforming love. This love is the key to our individual joy and the compass needle pointing to hope for the planet.

Love is the great mystery. I’m grateful for contemporary scientific inquiry into the origins of our thinking and emotions. I’m informed in many ways by the realities C. S. Lewis’ phrase the “grubby roots of our natural love” speaks to. (As an aside: Not trusting my memory for this phrase, I googled it and discovered I used it twice in past sermons. Turns out I reframed it slightly as the “grubby roots of our affections” and attributed it once and correctly to C. S. Lewis and, intriguingly, once to T. S. Eliot…)

But, here’s the real deal: it doesn’t matter how love came into our human company. It is here. We sit quietly and it rises. We meet another, and it manifests. We are raised up by it. We are brought down by it. I am not speaking of sentimentality, an imposter, a counterfeit of love. Love is powerful and dangerous. We are broken upon it. We are raised up by it. Love is a god, and it is good, if rarely nice. Love is the burning reality at the heart of our being. I suggest, I believe, fervently. Love is the way and the truth and the light. It is, I find, the beating living heart of the New Universalism.

And, here’s the great difficulty, our guides on the way of love are almost always rooted in specific traditions. For reasons small and great it turns out the universal is ever only known within the specific. So, the great teachers of love almost always stand in specific traditions. Now the list of these teachers of love is very long. It includes, just to name a small handful to show their range the Jewish sage the Bal Shem Tov, the Muslim Sufi Jelalludin Rumi, the Buddhist teacher Shinran Shonin, and very much, very much the Christian teacher Dame Julian of Norwich.

Julian. And her visions. And, I think, ours. But, first Julian.

There are few certain details about her life. She was an Englishwoman born in 1342 and believed to have died around 1416. Even her name is uncertain. Some suggest Julian, generally considered a masculine name, came from the church where she lived as an anchoress, a type of hermit. She probably came from wealth. Perhaps she had been married and widowed, maybe twice. In her middle years during a life-threatening illness she had a series of sixteen visions regarding the person of Christ. She spent the rest of her life trying to understand what they meant.

At some point she had herself walled in behind the altar of the church of St Julian in Norwich, during a mass celebrated for the dead. While walled in for the rest of her life she nonetheless communicated with the outside world becoming a well-known spiritual director. The fruit of her teachings were contained in two versions of her Sixteen Showings (or Revelations) of Divine Love.

As alien as she is, as far away as she is, she actually does teach us, can guide us. If we are, I believe, a little humble about it, and at the same time a little critical. If we’re willing to throw our own hearts and minds open for the exercise; there is a lot here for us.

I was wandering the web searching for materials about Julian when I stumbled upon a site maintained by Irish Dominicans. I thought they showed us the how of open heart and mind. They quoted a passage from Julian’s writings.

Outwardly, [Adam] was clad humbly as a workman who was used to hard labour, and he stood very near the lord…. His clothing was a white tunic, thin, old and all soiled, stained with sweat of his body, tight fitting for him and short, as it were but a hand’s width below the knee, undecorated, seeming as if it would soon be worn out, about to be turned to rags…. But inwardly in the servant was shown a foundation of love which he had for the lord which was equal to the love that the lord had for him….

The white tunic is [Jesus’s] flesh; its thinness is that there was absolutely nothing separating the Godhead and humanity; the tightness of the tunic is poverty; the age is from Adam’s wearing it; the staining of sweat, from Adam’s toil; the shortness shows the servant’s work. And thus I saw the Son standing, saying in his meaning, “Behold, my dear Father, I stand before you in Adam’s tunic all ready to jump up and to run. I am willing to be on the earth to do your honour when it is your will to send me….”

By the fact that his tunic was at the point of being turned to rags and torn is understood the stripes and the scourges, the thorns and the nails, the pulling and the dragging, his tender flesh tearing….

The body was in the grave until Easter morning, and from that time on he lay down never more. Then was rightfully ended the wallowing and the writhing, the groaning and the moaning; and our mortal flesh that God’s Son took upon himself (which was Adam’s old tunic, tight, bare and short) then by our Saviour was made fair, new, white and bright, and of endless purity, wide and long….

No longer stands the Son before the Father as a servant fearfully, plainly clad, in part naked, but now he stands before the Father directly, richly clad in blessed ampleness, with a crown upon his head of precious richness (for it was shown that we are his crown, which crown is the Father’s joy, the Son’s honour, the Holy Spirit’s pleasure, and endless marvellous bliss to all that are in heaven.

Not the easiest text.

However I recommend sitting with it, sometime. It contains a lot to reflect on. But, it’s the Dominican’s midrash, their commentary that most caught me, and what I really want to share today. It’s unsigned, but it seems certain to have been composed by these Irish friars. Some one of their number writes how Julian “speaks of ‘Adam’s tunic,’ by which she means human nature. It is worn by Adam, which means all of us (“in the sight of God all humankind is Adam and Adam is all humankind”), and of course by Jesus. Jesus wears our tunic, our human nature. This phrase of Julian’s is a vivid image of our ‘incorporation in Christ’.

“Today,” the friar observes, “we are inclined to think of the individual as the ultimate repository of meaning, a position that entails many bizarre as well as tragic consequences. The Christian sense of the Body of Christ (or the Mystical Body, as it has been called) is the real alternative. We could also speak of ‘the Christ-mind’, or ‘the Christ-nature’, as Buddhists speak of the Buddha-mind or the Buddha-nature.”

I suggest the universal theme they’re naming variously Christ nature, the Body of Christ, Buddha-mind and Buddha-nature is the source, is what as it moves in the world is called love. Its expressed by Julian in her singular voice, informed by the traditions of her early fifteenth century life; but understood, best, I suggest, by us when we hear it informed by the many traditions, with the ears of Universalism. So, using “Buddha nature” helps us to break free and hear with new ears, to see with new eyes the once and future truth of our larger liberty. Doing this we tumble into a deep not knowing where that still small voice can finally be heard.

This is how Universalism begins to find expression. Here the signposts are placed for you and for me to follow our path home. Happily, it is a path well trodden before us by people who have laid out markers. All we need do is notice and walk.

May 10, 2022
Remembering Mr Frazetta & His Paperback Cover Art
Next Post

May 14, 2022 Last Season of a Witch: A Meditation on America's last Witchcraft trial (so far)
Recent Comments
0 | Leave a Comment
Browse Our Archives
Related posts from Monkey Mind 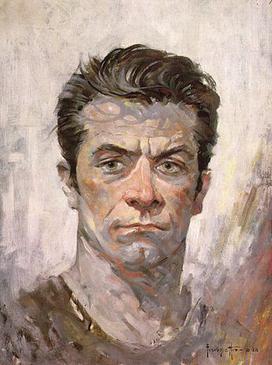 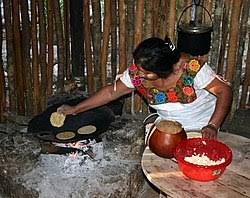 Buddhist
The Art of Peace in a Violent Time:...
Monkey Mind
TRENDING AT PATHEOS Buddhist

Julian of Norwich and Love. A Small Meditation...
As it happens, today, the 13th of May, in...