ZEN AND THE DARK: A Dharma Talk 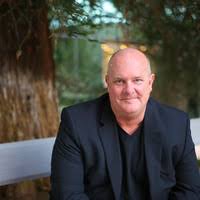 ZEN AND THE DARK

This week I visited Sedona Arizona. Sedona is a place I have visited regularly since the first time I visited over 25 years ago. I know this might be cliché but, I just like the vibe. And its beauty of course.

Sedona is known for a lot of things, but Zen? Not so much. That might be changing as I discovered that there is a Dharma successor of Roshi Pat Enkyo O’Hara of the Village Zendo in New York with a center in Sedona now. But I am sure most of you know Sedona as the place with the vortexes, psychics, crystals, and various spiritual gurus of all kinds. I even found myself standing in line at the local vegan lunch spot behind a well-known “transformational Motivational speaker.” He was being hit up by one of his fans.

I don’t think it’s an exaggeration to say that Sedona is mecca for the Love & Light folks.

It was also while I was in Sedona where I found out about another mass shooting at a school that killed 19 children and two adults.

The light and the dark.

Regarding the shooting in Texas, I don’t know if I can add anything to the conversation that hasn’t already been said, over and over again. But this recent experience of being in the land of love and light has me wanting to talk about the dark.

There’s a poem by Robert Bly I return to often and use in my therapy practice. It’s titled Warning To The Reader and it goes..

Sometimes farm granaries become especially beautiful when all the oats or wheat are gone, and wind has swept the rough floor clean. Standing inside, we see around us, coming in through the cracks between shrunken wall boards, bands or strips of sunlight. So in a poem about imprisonment, one sees a little light.

But how many birds have died trapped in these granaries. The bird, seeing the bands of light, flutters up the walls and falls back again and again. The way out is where the rats enter and leave; but the rat’s hole is low to the floor. Writers, be careful then by showing the sunlight on the walls not to promise the anxious and panicky blackbirds a way out!

I say to the reader, beware. Readers who love poems of light may sit hunched in the corner with nothing in their gizzards for four days, light failing, the eyes glazed. . . . They may end as a mound of feathers and a skull on the open boardwood floor . . .

After I saw that motivational celebrity in line at the restaurant, I did some exploring of his and others social media, and saw promise after promise of a way out. One even promising with just a quick glance they could change your vibrational energy, from a distance. They all had big followings. Quite seductive stuff for us anxious and panicky blackbirds.

Zen promises us nothing.

Zen promises us everything.

When I first started studying Zen, in all honesty I too was searching for a way out. As shallow as it may seem, the aesthetics of Zen coupled with its coolness factor, you know, the Beats were into it, seemed to me to be a path I could get behind in my search for real help with how to live in the world. Regardless of the shallowness that brought me to this practice, once I began to settle in, I knew something serious and real was happening here. In my naivety I thought that Zen would make me feel better, do better, and get better. But something else happened. I got worse. Zen wanted me to see the Moon reflected in the pond sure, but Zen also asked me to go into the dark. where the rats enter and leave.

I like to think this is when my Great Doubt was awakened.

My Zen path has been hard. That’s the truth. I have wanted to quit several times. I have experienced what I have come to learn are dark nights of the soul on more than one occasion. I have often wondered, when is the payoff? And through it all no one has promised me anything other than what was happening in that moment. There has been no advice giving, no encouraging me to look for the positive in a difficult time, just a pointing. Often that pointing is into the dark, or where the rat’s hole is, low to the floor.

We live in a world increasingly in search of a quick fix. I have been a therapist long enough now to have experienced several hot new things that promised greatly exaggerated and often unsubstantiated claims.

Social media influencers everywhere preach a version of self-love that encourages followers to walk away from anything that doesn’t serve them. Or as Writer Sarah Schulman says, “we live in a time where the ideology of “do what feels right” is considered the individuals best guide to ethical action. Pretending what is comfortable or easiest is what is right, is tragic self-deception.”

We will always live in a world where there will be folks lining up to promise us escape in all sorts of ways.

And there will always be children murdered. It’s the broken world we live in.

The bad news, there is no escaping our life as it really is. I use the Bly poem in my practice as encouragement for people to face the dark. The ghosts and shadows of our lives. This where Zen’s Great Doubt can help us. Opening a curiosity about all our lives. Not just the good stuff.

Zen has taught me that the light is in the dark. Or, the way out is where the rats enter and leave.

Bly’s poem also is a good reminder for those of us that who want to be teachers of the way. Replace writers with Teachers and you get, Teachers, be careful then by showing the sunlight on the walls not to promise the anxious and panicky blackbirds a way out!

It is also an encouragement for those of us looking for a way out. Replace readers with students and you get, Isay to the student of the way, beware. Students who love poems of light may sit hunched in the corner with nothing in their gizzards for four days, light failing, the eyes glazed. . . They may end as a mound of feathers and a skull on the open boardwood floor . . .

Sometimes I think Great Doubt, the deep wonder and curiosity of us and the world, has been more beneficial to me then Great Faith. I don’t know.

There’s a compliment that Zen folks give each other about having “an eye” for Zen. I think part of that “eye” is being careful not to get blinded by the light, and an ability to look into the dark

May 29, 2022
THOUGHTS AND PRAYERS AND ANOTHER THING Spiritual Responses to Hard Things
Next Post