Galileo, Zen, and the Ways of Not Knowing: A Small Meditation

As it happens it was on this day, the 22nd of June in 1633 that Vincenzo Maculani da Firenzuola representing the Holy Office of the Inquisition, declared:

“We pronounce, judge, and declare, that you, the said Galileo… have rendered yourself vehemently suspected by this Holy Office of heresy, that is, of having believed and held the doctrine (which is false and contrary to the Holy and Divine Scriptures) that the sun is the center of the world, and that it does not move from east to west, and that the earth does move, and is not the center of the world.”

Given little choice beyond the stake, Galileo submitted. Although he is said to have muttered, probably under his breath, “Eppur si muove.” “But it moves…”

When I think of Galileo and his dealings with a church totally tied into a state, I think of various things. Science. Of course. Freedom of thought. Absolutely.

But also the struggles of the spirit between the forces of knowing and those of not knowing.

For me the really important thing to notice about that emerging scientific method of which Galileo was a master, was a deep curiosity, a desire to know that birthed out of realizing one does not know.

Something magical occurs within the human mind in that confluence of noticing one does not know, and opening one’s self to discovery. It can be summarized as “not knowing.” Even more important than Galileo’s wonderful telescope and what followed, this not knowing is the critical tool of scientific investigation. And it is the key to something more. Maybe even more important than the findings of science. It may open doors to the healing of broken hearts. It might even open doors to the great mysteries of who we really are.

Me, I have spent a life time committed to spiritual inquiry. And what I’ve noticed is that there is within all the glorious mess that is religion a similar tool. Now religion serves many functions, but probably its primary one has been to sustain and transmit culture, and that is a naturally conservative thing, not particularly supportive of any rocking of any boats. We need only recall what happened to Galileo and who did it. But, also, there are those who desire to dig to the heart of the matter, and with that they bring a similar deep curiosity. And, this is also very much a part of religion.

The religion that has best presented this not knowing as a technology is the Zen school of Buddhism. Now, spirituality is not science, and its stock in trade is not a telescope or other physical device. It is concerned with the functions of mind, and its tools are the tools of the mind – observation and metaphor. And, so, it is a path filled with stories.

And the way of not knowing as a spiritual discipline is first presented as a founding story of the Zen school. It tells of an Indian prince who becomes a monk who succeeded to a line of transmission that traced directly back twenty-eight generations to Gautama Siddhartha, the Buddha of history.

Sometime early in the sixth century he decided to bring the great way to China and undertakes the indignities, difficulties, and dangers of traveling the Silk Road and finally makes his way to the Chinese imperial capital. His name was Bodhidharma.

Bodhidharma was granted an interview with the Emperor Wu of Liang. The emperor was a great supporter of Buddhism, and in response to his embracing of the Way, prohibited animal sacrifice and abolished capital punishment except for all but the most extreme crimes. He had even done a little suppressing of Daoism as a rival tradition. But mostly his work was positive. He had founded universities, expanded access to the Confucian civil service exam, and endowed monasteries and convents.

So, the emperor was quite excited at the prospect of this encounter with such an eminent monk. When finally they came face to face the emperor launched into a list of his actions in support of the Buddha dharma. And it is a long list.

The emperor then shyly asked if the venerable monk had an opinion about the merit that he generated through these many acts. He was profoundly concerned with evil karma, its consequences, and how to dissipate its negative effects. Some time earlier he learned through diviners that his wife, the Empress Chi, who had died was suffering torments in the hell realms for her obsessive anger in life. This had led him to commission the Emperor Liang Jeweled Repentance text and accompanying ceremony to help save her and others from the hell realms.

And, of course, this wasn’t his only brush with the matter of karma and its expiation. There was an even more intimate reason. The emperor himself had accidentally ordered the execution of another famous monk, and the guilt and anxiety that instilled continued to haunt him. So, yes, he was obsessed with the problem, and his request was from the bottom on his heart.

All this hung in the air as the emperor asked his question.

And Bodhidharma replied, “No merit.”

This was shocking. First, he was addressing an emperor whose power was so great that even though there was a prohibition on capital punishment, it existed only by the emperor’s fiat and the emperor could in a fit of anger order the monk’s death, and it would take place instantly. Already had happened once.

Of course, there is that second thing, as well. There was a deep desire on the emperor’s part to really know the secret heart of the matter. He wanted an answer to the surface question, what about the cosmic scales and what I’ve done to harmonize life? But, also, of course, that question carried the deeper question, as well. What about me? Who am I? What becomes of me?

And to all these questions Bodhidharma offers a negative. A no.

Not sure what should follow that disconcerting response, the emperor asks, “Who are you?” Again, the layers of the heart are all revealed. Who are you to dare to respond so disrespectfully? And, with that, the deepest question, as well. Who are you, really? Is there something special in that “no” that I should be attending to? Who are you? Really? Who are you?

To which Bodhidharma replied, “I do not know.”

Sometimes it is recounted simply as, “Don’t know,” and possibly the best translation is “no knowing.” The “I” of the matter drowned away in the great sea of not knowing. But, I prefer to tell it with the “I don’t know.” The “I” remains if swept along in that sea, froth on the surface, depths below. As my Rasta friends say “I and I” found here as “Not I, not I” or, just not knowing.

Perhaps the death of that other monk long before hung in the back his mind, of his heart. I suspect so. But there’s something more going on, even for the emperor. And he let the insulting monk leave the imperial presence.

Later he asked his spiritual advisor about this encounter, and was told, “Vodhidharma was the bodhisattva Avalokitesvara, the manifestation of compassion in this world.: Feeling waves of shame at missing the opportunity, he was about to send some soldiers to find him and bring him back when his advisor said, “It’s too late. You can send armies, but you will not be able to bring him back.”

The moment presented. That moment is over.

Bodhidharma crossed the river and traveled up country, settling into a cave not far from the renowned Shaolin Temple. He sat there for nine years, facing a wall before a student appeared.

The history, as is often the case with such things is much more murky. In the surviving literature the name Bodhidharma appears here and there. Someone called Bodhidharma, possibly a Persian, marveled at a great city. Another, maybe the same Bodhidharma, maybe not, wrote a treatise on the great way. Bits and pieces. Here and there. Bodhidharma is a will o the wisp, appearing in mists whispering something, but, what exactly isn’t clear. But, not knowing is like that, isn’t it? More like a dream. More something appearing in the corner of the eye. You can’t quite capture it, but you can’t see it at all straight on. Not knowing is forgetting. Not knowing is losing. The closest to a volitional act is for not knowing to be a letting go.

But really not knowing is a gift.

It is as powerful as a telescope.

It takes us to the very heart of the matter.

Opening ourselves as wide as the sky, we can discover the heart universe itself.

Well, that’s what I say.

June 24, 2022 Midsummer, John the Baptist, and a Moment to Notice
Recent Comments
0 | Leave a Comment
"this site will not unsubscribe me so i'm getting back MY way. HAHAHAHAHA! https://uploads.disquscdn.c..."
Robert Willis Water and Light Soaking into the ..."
"i KNOW that ALL religions are for people that were indoctrinated as children and still ..."
Robert Willis Water and Light Soaking into the ..."
"Ive seen more and more Chirstian Buddhists. I wondered why Buddhists have lost their compassion ..."
Brianna LaPoint Zen Meditations on the Mysteries of ..."
"Thanks a lot, this definitely gave me something to think about.Although I am not at ..."
Oliver Oehm No There There: A Zen Dharma ..."
Browse Our Archives
Related posts from Monkey Mind 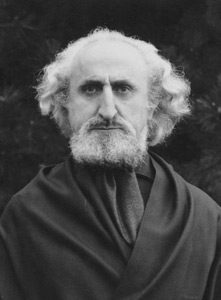 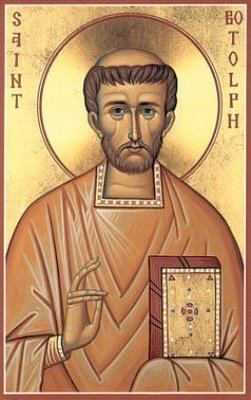 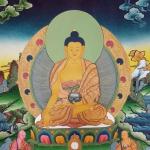