Finding the God Within: Zen, Marcus Aurelius, and the Stoics 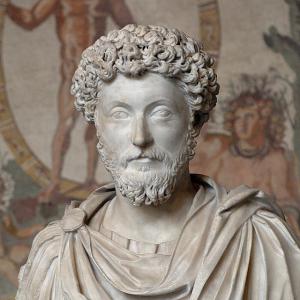 The Stoics emphasized three things. The first was virtue, a way of discerning what to avoid and what to embrace in our lives. The second was wisdom, often called reason in Greek and Latin, which while including rational thought, is mainly about a larger perspective that is found not through the accumulation of knowledge but rather through careful attention to what one thinks and holds in the mind. And the third is a view of the rhythms of nature, discerning its patterns and laws.

July 12, 2022 Don't worry. Thank you! Thank you! Thinking of D. T. Suzuki and his great, if complicated, gift of Zen to the West
Recent Comments
0 | Leave a Comment
Browse Our Archives
Related posts from Monkey Mind