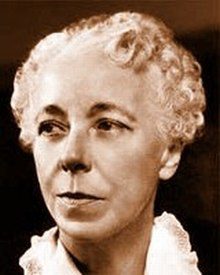 It’s been a couple of years and I thought I’d like to briefly revisit this very interesting figure at the dawn of convert Zen in North America and Europe.

A lot of this turns on D. T. Suzuki, the person who along with his popularizer, Alan Watts, first really brought the West’s attention to Zen. Over the years there has been a lot of criticism of Suzuki. It ranges from his unacknowledged sectarian biases, to his focus on an a-historical encounter with enlightenment, awakening, to, in more recent times, noting his alignment with Japanese nationalism during the Second world war.

The critique of that focus on awakening divorced from most of the rest of Zen Buddhism’s teachings and practices continue with Alan Watts. On the other hand it was precisely his focus on enlightenment that made Zen so tantalizing for my generation and which opened the doors to Zen becoming a part of Western culture.

It’s hard not to indulge the great “what if,” what if she’d lived a few decades after this experience, and even, maybe, taken up the disciplines of Zen?

September 17, 2022 The Zen Minister Makes a Confession
Recent Comments
0 | Leave a Comment
"Mr. Ford, I hope and pray you’re doing well. Thank you so much for writing ..."
Vaqar Choudry The Ahmadiyya Muslim Community Begins
"It is worth noting that the common notion, of Johnny Appleseed as itinerant apple planter ..."
mfidelman Recalling the American Nature Mystic Johnny ..."
"WTC, blown up with nukes made in Israel."
Rusty 9/11 Twenty-0ne Years Later
"Thank you, Greg. An interesting non-trinitarian body. Actually what I was soliciting and continue to ..."
jamesiford Recalling the Unitarian Bishop Gregorio Aglipay
Browse Our Archives
Related posts from Monkey Mind