Zen as a Way of Magical Realism 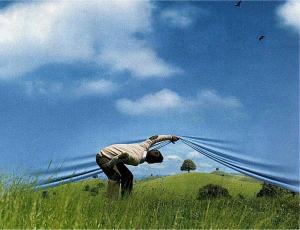 Zen as a Way of Magical Realism

Yangshan Huiji had a dream.

In it he traveled to Maitreya’s hall, where he was led to the third seat. No sooner had he sat than a senior monk struck the bell and announced, “Today the one sitting in the third seat will preach.”

Yangshan immediately stood up, and also gave the bell a strike. He then said, “The truth of the great way is beyond the four propositions and transcends the hundred negations. Listen. Listen.”

A hard fact about religion, at least a very big part of it, is about crowed control. Here’s the deal. It’s also true of Zen Buddhism.

There is no spiritual tradition that is immune this. You dig around in any religion that’s been around for a while, and it turns out a big part of its time is devoted to that crowd control thing. It reinforces obedience to the king or the republic or whatever stands as the center of the culture.

And. We’re at an interesting moment in the West where our religions are loosening their hold on us. All this decline and chaos opens some very interesting doors. We have the opportunity to see what else is there in religions within spirituality in specific traditions that’s worthy. I believe there is a lot. That spiritual within religion is the wisdom of our ancestors.

And right now, we can open ourselves in ways where we can reengage our traditions.

I’ve seen three principally. One is doubling down. Here we see Fundamentalisms of various stripes. The other is picking and choosing among the bones for useful bits. Often the word “secular” is attached to these attempts at salvaging practices. In Zen for instance, meditation is tied to brain waves. And success is measured by stress reduction. But there is a third way. That way of rejecting literalisms of various sorts, but seeing the tradition has a lot to offer in regard to exploring the nature of the heart and the healing of the great hurt of our human condition.

A while back BBC produced a wonderful six-part History of Christianity written and presented by the scholar Diarmaid MacCulloch. I recommend it. In the first episode Professor MacCulloch talked, briefly, about the Oriental Orthodox churches.  He interviewed a professor from a seminary of the Syriac Orthodox Church, which is a Monophysite church in communion with the Coptic Church in Egypt & the Tewahedo Church in Ethiopia.

I was so taken with that.

We want things made concrete, once and for all. When, as it turns out, everything is wildly dynamic, composed of many instances coming together for an instant. And, then reconfiguring in new ways. It is nearly impossible to capture such a thing in prose. Although we can get close. And, as the professor noted, poets and artists get even closer to the reality of things.

The Unitarian minister and theologian John Haynes Holmes elaborates a little when talking about God as a placeholder for the ultimate in our lives.

“(W)hen I say “God”, it is poetry, not theology. Nothing that any theologian ever wrote about God has helped me much, but everything that poets have written about flowers, and birds, and skies, and seas, and the saviors of the race, and God — whoever that may be — has at one time or another reached my soul. The theologians gather dust upon the shelves of my library, but the poets are stained with my fingers and blotted with my tears”

In Mahayana Buddhist teachings there is something called Trikaya. It is an explanation of reality, which points to three aspects of what is. The first part Dharmakaya is the absolute realm. Here, on the Zen way, there is no self, there is no other, all ideas, all words burn away. Nothing more may be said. And even the words approaching it are all false. Then, there’s Nirmanakaya, the realm of history. Here is where we normally live, with cause and effect, gain and loss, birth and death.

And the third is the Sambhogakaya, the realm of miracle. Originally it meant quite literally miracles, bi-location, clairvoyance, all the psychic arts. Fine. But there is another way of engaging this.

I’m particularly taken with what the Archetypalist psychologist James Hillman considered soul to be. Soul hasn’t fared well in modernity. You may have noticed how spirit, and self, and sometimes mind, are in practice, in our times, all taken as synonyms for soul. This is a problem, another reductionist temptation.

Hillman suggested this is a simple Cartesian divide “between outer tangible reality and inner states of mind, or between body and a fuzzy conglomerate of mind, psyche, and spirit.” It lacks something.

I’ve found that “something” in the classical Buddhist understanding of the Three Bodies. Within the Sambhogakaya the absolute and the phenomenal meet, and there are eruptions. Perhaps not disruptions of time and space, but absolutely disruptions of our perceptions of reality. And with that opening us to new ways of being.

For me seeing the two views, the classical presentation of the three bodies of the Buddha and Hillman’s three parts of being within mind, psyche, and spirit, opened up the dynamic I kept experiencing in my own life.

Seeing neither is precisely it, but that each in its three-fold dynamic points to something more livable than even the great truths of the identity of form and emptiness suggest.

It’s a call into what I think of as magical realism.

This is the spiritual within religion.

And Zen offers a way into the magical real.

If we want to touch reality, we need to allow reality to be. And what it presents as for human beings is a wonderful pageant, a tapestry, an icon. A poem. If we allow ourselves to be guided by religion as poetry, as something subtle and dynamic, as something to be experienced, then wonders await.

January 17, 2023
Charles Gore and the Quest for a liberal Catholicism
Next Post

Buddhist
THE UNITARIAN WHO WOULD BE PRESIDENT: A Meditation...
Monkey Mind 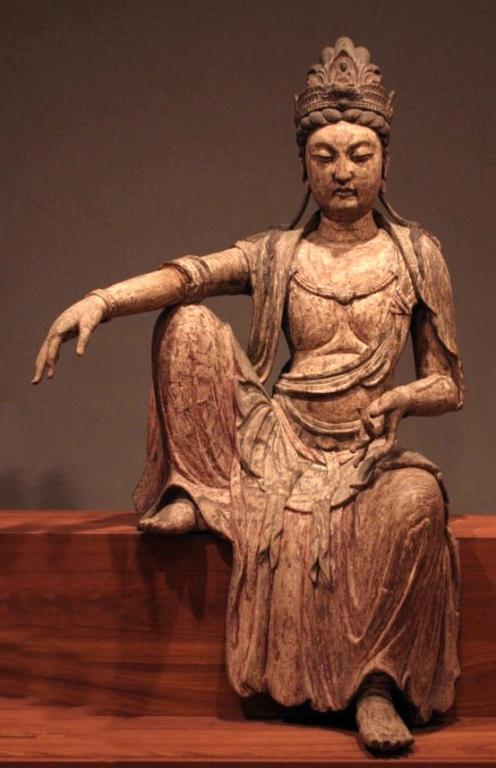