I talk in my sleep, and I’m not gonna lie, it has led to some really embarrassing and uncomfortable experiences. There are times when I wish I could just turn it off, but I can’t. I don’t know what I’m saying, and somebody else usually tells me the next morning that I was sleep talking, and what I said.

An interesting thing about sleep talk is that the person doing it often confesses things about themselves that they normally wouldn’t tell anyone while they’re awake. If they’ve been keeping a secret about themselves or someone else and they find out that they spilled the beans in their sleep, they may be really upset with themselves. Their own body betrayed them, and they couldn’t do anything about it.

A Day will come when this will happen to countless people in worse and more serious ways, and “their tongues, their hands, and their feet will bear witness against them about what they used to do” (24:24). Their own skin will speak out against them, “and they will say to their skins, ‘Why have you testified against us?!’ They (their skins) will say, ‘Allah made us speak, Who has made everything speak; and He created you the first time, and you returned to Him. And you weren’t protecting yourselves, in case your hearing would testify against you, or your sight or your skins, because you assumed that Allah doesn’t know much about what you do'”(41:21-22).

Their own body betrayed them, and they couldn’t do anything about it.

After a while, Allah won’t allow them to keep protesting against what’s going on. He (swt) says, “We will seal their mouths, and their hands will speak to Us, and their feet will testify about what they used to earn” (36:65). It’ll be worse than sleep talking, because they’ll be fully aware of what they’re saying the whole time, but they still won’t be able to control it.
This is what we need to protect ourselves from. Let’s wake up now, so that we can rest in the Next Life- the permanent one. Let’s control our bodies and actions now, before we’re at their mercy on the Day of Judgment.

There’s a perfect balance of hope and fear in the Qur’an, with constant mention of both Jannah (Paradise) and Jahannam (Hellfire).

Scare tactics have been found to be ineffective if they’re constantly implemented and pushed on people, especially in extremes; that’s one reason why there’s a perfect balance of hope and fear in the Qur’an, with constant mention of both Jannah (Paradise) and Jahannam (Hellfire). But that doesn’t mean we should live in denial, pretending that there’s no such thing as accountability or a Day of Judgment. By warning us about these potential pitfalls, Allah is helping us out so we’ll work harder and avoid being in that situation in the first place. Let’s take these warnings seriously, and inshaAllah, pave our path to Jannah.

February 13, 2015
The Fiqh of Being a Decent Person
Next Post 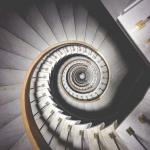 May 3, 2015 Living for the Dunya: Is Ignorance Really Bliss?
Recent Comments
0 | Leave a Comment
Browse Our Archives
get the latest from
Muslim
Sign up for our newsletter
POPULAR AT PATHEOS Muslim
1