Go For the Gold

If there’s one thing that everyone has in common, it’s that we always want more. We want to have better, do better, and be better. We want more money, things, love, respect, education, and status. We’re not easily content with having less than someone else, or being second best. There is always some part of us that keeps desiring and working towards more.

Whether it’s studying hard to get the best grades, or working day and night to get promoted at work, or wanting to have the best spouse, children, and home, we keep going at it. We compete with one another towards having an ideal life.

There is always some part of us that keeps desiring and working towards more.

“You’d better know, the worldly (lowest) life only amounts to games and entertainment, and beautification (of yourself and your possessions), and showing off, and your obsession with money and children. All of that is like the example of perfect rain; the produce that comes as a result of that rain impresses the farmer [who had buried the seed], then it turns yellow, and then it becomes worthless. And in the end, the only thing left is either intense punishment or forgiveness from Allah, and His contentment [pleasure]. And what is worldly life, if not just a means by which people get deceived.” (57:20)

This reality is a difficult pill to swallow, but it’s something that really deserves introspection. Nobody can force us to do this, and nobody else benefits from it but us, so we really need to be honest with ourselves.

Are we competing for the “gold medal” in this life, while knowing and being warned that it won’t help us accomplish anything in the next life? What we think is a gold medal, the ultimate prize and display of success, is actually just a participation trophy- something everyone gets, but it doesn’t actually mean anything. Everyone who’s come and gone from this world, since the beginning of time, has the same participation trophy as us, whether they were really successful or a nobody. In the Afterlife, we’ll all be equal, except for our good and bad deeds.

Are we competing for the “gold medal” in this life, while knowing and being warned that it won’t help us accomplish anything in the next life?

So what does Allah tell us immediately after we get hit by this hard reality?

“Race towards forgiveness from your Master, and a Garden, the stretch of which is like all of the skies and the earth, combined. That (Jannah) has been prepared for those who truly believed in Allah and His Messengers. That is the favor of Allah; He grants it to whomever He wants. And Allah is the possessor of the ultimate Favor.” (57:21)

There’s nothing wrong with trying to have and be the best in this life, but don’t forget the next one in the process.

He (swt) is telling us to compete, as our nature pushes us to do, but for the Permanent life, not this one. You have your participation trophy, now go for the gold. Don’t settle for less than your absolute best, when it comes to the things that will actually help you in a place that will last forever. There’s nothing wrong with trying to have and be the best in this life, but don’t forget the next one in the process. Keep your eyes on the prize. 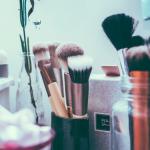