“You have such an interesting culture!”

We’ve all heard this at some point in the context of our religion, whether it was referring to the Islamic dress code, five daily prayers, fasting in Ramadan, or something else. It can be the most well-intentioned comment, but it’s dangerous if we, as Muslims, internalize it and start thinking of our religion the same way we look at our culture.

The issue with treating Islam like a culture, lies in the fundamental difference between religion and culture: There are no ultimate consequences of following or ignoring the culture you’re a part of, or picking and choosing which parts of it you want to follow. You might fear being seen as a weirdo if you don’t follow it, but chances are people are already thinking that. (Kidding!) But Islam is based on our belief in an Afterlife, so whether we practice it or not automatically becomes an infinitely bigger deal.

Part of truly being a strong and independent person is sticking up for your beliefs and doing what you know is right, even if everyone around you doesn’t always agree with it

Ironically, though, we often find it a lot easier to follow our culture and ignore our religion. And it might hurt a little (or a lot), but we have to wake up. We have to realize that this way of thinking is harming us, not helping us. It’s not like as soon as you start prioritizing Islam in your life, you have to start going against every part of your culture. But part of truly being a strong and independent person is sticking up for your beliefs and doing what you know is right, even if everyone around you doesn’t always agree with it, or you don’t totally fit the status quo.

Let’s make it a goal today to stop prioritizing the latest trends, or what random people are thinking of us, or any other shallow part of our culture, over Islam. Yes, everyone likes to be liked and to fit in, but our Afterlife has to come first. We owe ourselves that much. Society won’t answer for us on the Day of Judgment.

Don’t let yourself down.

Yes, everyone likes to be liked and to fit in, but our Afterlife has to come first. We owe ourselves that much. 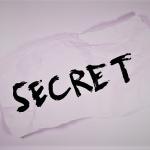 August 15, 2016 Victoria's Big Secret
Recent Comments
0 | Leave a Comment
Browse Our Archives
get the latest from
Muslim
Sign up for our newsletter
POPULAR AT PATHEOS Muslim
1