What Traveling the World Taught Me About Humanity

Whenever I travel by plane, I always look down and see the patches of landscape; sometimes if the plane is flying low enough, you can see the houses and cars. Wherever you go, the architecture is different. I look at all these places, the landscape, the buildings and vehicles. I wonder about all the separate souls who inhabit them.

Whenever I travel to various countries—and I have traveled many places—I notice people from all over the world at the airport. They are wearing their cultural dress. This is mostly when I am traveling on an international flight. I have traveled to the Middle East, Europe, and Southeast Asia. There are saris and salwar kamiz from the subcontinent, long abayas and thobes from the Middle East, women with hijabs and burqas, and brightly colored clothes from people traveling from Africa.

Different countries that I have visited have their own environment and culture, as well as different architecture, landscape, and vegetation.  I have been to Saudi Arabia, which is a desert country and also a Muslim country, and Malaysia, which is tropical, and a Muslim country as well.

Each place conveyed a certain beauty, and a different type of people and culture.

Recently I traveled to Switzerland and Spain. I have visited Italy in the past.  There are many similarities, because these countries are all in Europe, but there are major differences as well. Each place conveyed a certain beauty, and a different type of people and culture.

We went by ourselves, not as a group but as a family. We walked around as if we owned the place and as if it were our hometown. The architecture looked like something out of a fairytale compared to the United States. We ate a lot of different food. Every place is different, but I realized as human beings we are all the same, with the same problems and joys. I walked along the beach in San Sebastian, Spain, and I reflected on many things as I collected rocks as souvenirs. I realized how important my family was, and how grateful I was to be alive.

I did not start traveling until I was 24 years old. Before that, I had never left the New England states. I was very sheltered and did not see the ocean until the age of 19. My first big trip was to Bangladesh. It was December in Worcester, Massachusetts, where I lived with my Bengali husband. There was snow on the trees and ground. It was cold.

I was pregnant with my first child and about to meet my father-in-law for the first time. I was afraid of my Abba because he did not accept me at first, being from a divorced family, and being an American. The flight was very long. It stopped in London and Dubai. I saw the sun rise over India. When I arrived in Bangladesh, I saw my Abba, waiting for us. When I saw his big friendly smile, I knew there was nothing to be afraid of.

I walked into my Abba’s home and saw my husband’s aunts wearing burqas. I was amazed to see oranges and grapefruit growing on trees. Bangladesh is a tropical country. My Abba was happy to know that I was pregnant. I was sick from morning sickness and food poisoning. As a doctor, he took care of me. He realized even though he had these ideas about Americans, I was no trouble at all. All I was was sick and in bed.

He had me wear a sari every day as a new bride and gave us a wedding ceremony. He had me dressed up as a Bengali bride, and although I was four months pregnant, I was told to behave shyly. My Abba taught me how to pray salat, the Islamic prayers. He grew to love me very much over the years. Although he passed away many years ago, I still mourn his death. He was very kind to me.

Every place is different, but I realized as human beings we are all the same, with the same problems and joys.

When I go to the mosque, I have met people from many countries and cultures. Some are from war-torn countries, and I have grown to know their stories. I know people especially from the subcontinent, and I feel there is not much difference between them and me. They talk about the same things that we talk about from my own culture. The only thing is, the food and the culture (such as the clothes) are different. But we have everything else in common.

The point that I want to make is that I am completely overwhelmed by what is going on in different countries, here and in the news. That we have mass shootings and terrorist acts, political arguments that go on and on. We have white supremacy, Islamophobia, Anti-Semitism, and fights over immigration. Things that have happened like in Nazi Germany, when children were separated from their parents and put into cages, and the deportation of immigrants from America, and separation of their families as well. We are behaving (and the situation is worse) than that of a third world country,

Ever since I was a little girl growing up in Winchendon, Massachusetts, I never made any distinction between race and color, although at the time, I had not met anyone from a different race and color. I grew up mostly in a white community, although that has changed. I was curious when I saw someone who was different than me.

When I was 17 years old, I met my stepmother who was from the Philippines. She is a very nice person. We worked in the garden together because she loved plants. I had a very good impression of an immigrant.

I retreat to the sanctuary and simplicity of my rose garden, where there is no distinction between humans and nature.

Eventually, I would meet my Bengali husband. I converted from Catholicism to Islam. We are a mixed couple. We have been married so long that we aren’t aware of our differences anymore.

I had a dream of my husband long before I met him. I read a story in Redbook about a Maharaja that fell in love with an English girl. I was so enthralled by that story that I started dreaming about going to India, especially after reading the book Siddhartha by Herman Hesse. This was when I was only 16 years old. I was to meet my husband 5 years later at age 21. Now we have been married 37 years with three grown children, living in Temecula, California.

I was just a child in the 60’s, but I never had the idea of making a distinction between black and white. If I had been an adult during the 60’s, I’m sure I would have been involved with the Civil Rights movement, and an abolitionist at the time of slavery. We destroyed cultures through colonialism, white supremacy, and religious beliefs.

All of this overwhelms me. I retreat to the sanctuary and simplicity of my rose garden, where there is no distinction between humans and nature.

We are all one humanity, as seen in space. We are one in many stars and planets that exist through our galaxy and the whole universe. Let’s strive to understand each other and live in peace.

The only way I bring my own sense of justice is through my painting and through my writing. If you do not say or do anything, and remain passive, you become a part of the wrong. If you do not stand up for justice and what is morally right. We are destroying this planet, and humanity itself. Through greed we are creating climate change, and through war we are destroying people’s lives and rich cultures.

When we go to Mars and the moon, we look back at our beautiful blue planet. There is nothing keeping us from God, who made the whole universe, and there is no separation and distinction between human culture and race. We are all one humanity, as seen in space. We are one in many stars and planets that exist through our galaxy and the whole universe. Let’s strive to understand each other and live in peace. 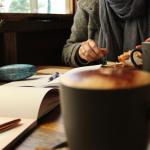 August 1, 2019
A Normal Mother-Daughter Conversation... About the Hijab
Next Post 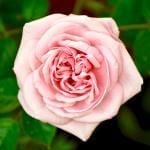