How I Feel as a 10-Year-Old Muslim Girl in Trump’s America November 15, 2016 Guest Contributor

I was selling candy for my school around my neighborhood earlier this year, when I was 9. It was my first time selling candy (M&M’s, by the way), and I was a little anxious, but I managed to gather my courage and do it. I was off with my mom, and I went from house to house until I came to this red house. I knocked by myself and I didn’t really realize it at the time, but her face had a very mean frown. She had bright red hair. She took a quick glance at my mom, who was wearing a hijab. Before I said anything, she said, “Are you Muslim?” Before I could even respond she said, “Get the hell out of here!”

My mom called me over to the sidewalk, and I went. I felt frightened and very upset at that point. Although to tell you the truth, my mom didn’t know she said “Get the hell out of here” yet. I felt I had to tell her afterwards, but I was still scared and worried about what was going to happen to me.

After I told my mom, she and I told the family. I felt relieved that we told them, still having it in my heart all the hatred I came across today. My family helped me, and now I try my real best to just forget it, but it never happens. Especially because soon after this happened, the lady put a big “TRUMP 2016” sign up on her front door, which is still there.

I heard about all the crimes going on with Muslims. I am scared for my mom and other family members, what if they have their hijabs pulled off or are threatened? I’m also scared for other Muslims and what will happen to them. I feel so sad that people are actually doing these things, and worried for other people that have even worse going on in their lives than I do.

For kids like me, Trump and his supporters are making them worse children. If Trump is going to do what he says, kids will start thinking that they are not the same as anyone else, or being mean to Muslims and people of color.

With all the hateful people roaming around the world, kids’ innocence will be demolished. Because they’re thinking un-true things, Trump and his supporters are trying are giving a message that you are have to try to make America Great again, but they are really making it worse.

If I could say anything to Donald Trump, it would be…

I feel that you should change the world for the better, not make it into a place that will be full of despair. I am only a little girl, it is hard for me to express myself, but just try to make this world a better place and don’t have prejudice please? All I am saying is to just give it a chance. 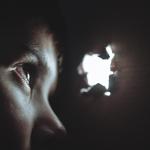 November 22, 2016 Islam Does Not Allow You to Abuse Your Children
Recent Comments
0 | Leave a Comment
Browse Our Archives
get the latest from
Mostly Muslim
Sign up for our newsletter
POPULAR AT PATHEOS Muslim
1