What I Discovered in the Summer That Changed My Life

What I Discovered in the Summer That Changed My Life November 1, 2016 Iman

“Who am I?” This is a question many of us find ourselves asking at some point in our lives — the question of who we really are. This may be when there’s a change in our lives; when we are actively or passively “searching” for something more; when someone asks us what we believe in; when we’re struggling with multiple identities; or when we have an experience which opens our eyes to new perspectives.

This last experience was my own.

I saw myself alone, vulnerable, and insecure. I didn’t know where to go from there. I was lost, and what I was searching for was myself; who was I, really?

The point in my life when I thought I was the most confident I had ever been, and when I was convinced that I had it all together, was when everything seemed to come to a screeching halt. And where was I left standing? In front of a mirror. I saw myself alone, vulnerable, and insecure. I didn’t know where to go from there. I was lost, and what I was searching for was myself; who was I, really?

Eventually, I realized that in order to even begin this search, I actually needed to seek God first. Because living my life without Allah (swt) was what had led me to where I was. I had turned my back on Him my whole life, without really realizing it. And repeatedly letting go of Him, even as He reached out to me, was what made me lose myself. But this was something that no one else could have told me through words.

I was done stumbling through life, pretending that that’s what made me free. I found myself choosing Allah — because without His guidance, I was truly blind. And ignoring Him only made me lose myself further.

It was as if I had walked through life with my eyes closed, and suddenly, they were opened for me. There was a whole Reality which I hadn’t seen before. Even after being exposed to it, though, it was my choice whether to accept it or not, because I recognized that I did have a choice to continue living as I had before my eyes were opened. But I was done stumbling through life, pretending that that’s what made me free. I found myself choosing Allah — because without His guidance, I was truly blind. And ignoring Him only made me lose myself further.

“And be not like those who forgot Allah, so He made them forget themselves. Those are the defiantly disobedient.” (59:19)

The ones who forget themselves and lose a sense of who they are, are the ones who choose to ignore and disobey God, even after knowing of His existence and importance. Those who decide that Allah (swt) is less important than other things or people in their lives. Those people who obey their desires, even if that requires disobeying their Creator.

I didn’t want to continue living that way, so I decided to embark on the difficult, yet fulfilling, path to God. Only after doing so did I finally have a sense of who I am, regardless of my life circumstances or what people think of me. I discovered that God is an oasis, whereas worldly satisfaction is just a mirage.

I discovered that God is an oasis, whereas worldly satisfaction is just a mirage.

The choice was mine, and for the first time in my life, I chose to prioritize my soul and my relationship with Allah, instead of taking the easy way out. And I wouldn’t have it any other way.

“There is absolutely no coercion in religion. The clear, straight path has been made abundantly clear from the crooked path. So whoever denies disobedience and believes in Allah, then he has held on to the strongest anchor, which has no break in it whatsoever. Allah is all-Hearing, all-Seeing.” (2:256)

“…Unquestionably, in the remembrance of Allah do hearts become tranquil.” (13:28) 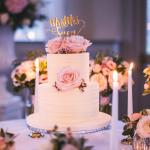 October 25, 2016
What Nobody Told Me Before I Got Married
Next Post

November 8, 2016 5 Reasons Why the Life of the Prophet (pbuh) was #SpiritualGoals
Recent Comments
0 | Leave a Comment
Browse Our Archives
get the latest from
Muslim
Sign up for our newsletter
POPULAR AT PATHEOS Muslim
1