*Disclaimer: I know some will not read beyond this point… I am not a parent, so I don’t have any parenting experience — I wish to be transparent about this. However, I have (obviously) experienced being a child, and the thoughts I share here are just from that perspective (now that I am an adult and can reflect upon these issues more objectively).*

Parents often enroll their children in Islamic school hoping that they will be protected from any major misdeeds. Some even switch their kids from public school to private Islamic school after they reach higher grade levels, thinking that this will “fix” them or rid them of their flaws, and make them exemplary Muslims. Some view weekly “Sunday school” classes as having the same purpose. But Islamic school or classes can never be a replacement for good parenting.

I know many people who have attended Islamic schools, and as with anyone else, they come from all walks of life. Consequently, their personalities, hobbies, study habits, and religious inclination/level of practice vary as much as public school kids’ do. They have the same desires, and they make the same mistakes. It would be unwise to expect angelic behavior from them, as they are still learning, just like everyone else of the same age.

The following are a few things that I hope to try as a parent someday, which I feel have (or would have) benefited me as a child more than enrollment in any Islamic school.

Children are children, whether they are going to public school or private school. Even if they are immersed in a religious environment, they will still face the same challenges as anyone else their age. They will make mistakes and need guidance to get back on track. They will fight certain temptations, and at times, they will fail. They will have peers who are a good influence on them, and others who are anything but that. There will be days when they’re proud of their faith, and days when they’re embarrassed that they might come off as “too religious” (even in Islamic school).

To be a bit more blunt so that this isn’t just conceptual, I know of kids in Islamic school who were introduced to intoxicating substances through their peers; who bully others; who watch pornography; who don’t pray their daily prayers if they’re not being watched; who are in illegitimate relationships; who gossip to no end about “hot” celebrities; and who backbite their teachers, parents, and classmates. This doesn’t mean that these are terrible kids or that they’re doomed forever to be making poor choices; it just shows that the children who attend Islamic school are susceptible to the same pitfalls as kids in public school, and that attending a school full of Muslims will not automatically protect them from everything bad.

As much as parents might wish otherwise, children will inevitably mess up  at times (as discussed above). It’s important to know that the way parents react to these struggles and mistakes can have a huge impact on both the child as well as the parent-child relationship. Now, I recognize that every parent’s circumstances and parenting style are different. But one thing that usually doesn’t effectively get through to children is yelling/screaming at them and berating them. And the more it is done, the less impact it has. Eventually, the child will just stop taking it seriously.

Beyond that, it’s up to each parent to decide how to talk to their children when they slip, but it’s definitely necessary to have communication, not just punishment. The child should know why they are being told to do or avoid certain things, and why it’s beneficial to them to follow these instructions and guidelines. All parents care about their children, but if a parent freaks out every time their child messes up (by being abusive, comparing the child to others, or making it seem like they’re an utter disappointment), the child will find it harder and harder to remember that their parent has their best interests at heart.

Children should not be genuinely afraid to talk to their parents after messing up. Guilty and ashamed, yes. Ready for possible repercussions, sure. But they should not be so terrified of their parents’ reactions that they prefer to hide their mistakes or keep secrets. This will only make things more difficult for both the child and the parent.

My purpose in writing this article is not to convince parents that Islamic schools are a waste of money and should be avoided. They can obviously have a positive impact on a child’s education and religious foundation, as well as provide them with a safe environment where they are much less likely to be picked on for their religious beliefs or cultural background. But Islamic school, Sunday school, and Qur’an classes will all fall short in benefiting a child if he or she is learning something else completely at home. This is because parents are the main teachers in their children’s lives. Kids are very observant and tend to copy their parents’ habits, actions, and lifestyle.

I think the way we act compared to what we expect from the children in our lives is often a pretty good gauge of where we are as Muslims. For example, are we as polite and respectful as we would expect a 5-year-old to be, regardless of whether we’re speaking to someone younger or older than us? Are we as honest as we would expect a 7-year-old to be, or do we think it’s okay to tell “white lies” (and as a result, inadvertently teaching children that this is acceptable)? Do we watch and listen to things that we would not want a 9-year-old to watch or listen to? Do we use words that we would not want to hear an 11-year-old say? Do we dress in a way that we would be comfortable with a 13-year-old dressing, or are we setting a bad example for them? Do we give salah and Qur’an the same importance that we would want a 15-year-old going to Islamic school to have for these things?

As Muslims, our actions and morals should not deteriorate as we get older; rather, we should always be improving ourselves to the best of our abilities, and realize that the children in our lives are watching us go through this journey and learning from us.

Eventually, even the child going to the best Islamic school will graduate and be out in the “real world” as an adult. A lifetime of hearing “do this” and “don’t do that,” or “this is fard” and “this is haram,” will only benefit them so much. If they haven’t learned how to make mature decisions for themselves, they may make major mistakes in their young adulthood that they will regret later on, and not know how to bounce back. Children and young adults need to be empowered by teaching them good decision-making skills. They need to know that they will make mistakes, and that this can be a way for them to get closer to God if they repent and learn from their mistakes. It does not mean that they are losers or destined to go to Hell.

Don’t Underestimate the Power of Prayer

Obviously, as a parent you will always make du’a for your child without needing anyone to remind you to do so. But there will be times when you feel like your du’a isn’t being answered, and that your child is going down a path that you aren’t able to pull them off of. This is when it’s important to remember that Al-Mujeeb (the One who responds) is always listening, and that His answer to your prayers will eventually come. This can be a test of our patience, whether we are praying for ourselves or someone else, but we are still told to make du’a with the certainty that God is listening to us. The Prophet (saws) said, “Ask Allah with certainty that He will answer your prayers.” [Tirmidhi]

God is our biggest helper in everything. Even the best parent is not infallible, nor is the most obedient child perfect. We all need His help.

“Our Lord, grant us from our spouses and our offspring the coolness of our eyes, and make us from the leaders of the righteous.” (Qur’an 25:74) 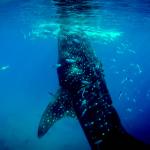 January 24, 2017 "Is Allah Punishing Me?"
Recent Comments
3 Comments | Leave a Comment
"I did shared very nice verses from Quran"
Halal Quotes 5 Verses of the Qur’an That ..."
"This was beautiful. I'm also spending more time appreciating the blooming lilacs, the care of ..."
Trellia Solitude and the Virus | An ..."
"It's good to hear you're finding some silver lining for this times. In all honesty, ..."
David Brevik Solitude and the Virus | An ..."
"This genre of writing is known as Haibun in Japanese literature. The most famous exponent ..."
iljasb Refuges: A Poem
Browse Our Archives
get the latest from
Mostly Muslim
Sign up for our newsletter
POPULAR AT PATHEOS Muslim
1