Don’t Let These Mistakes Throw Your Fasts Away During Ramadan!

Don’t Let These Mistakes Throw Your Fasts Away During Ramadan! May 29, 2017 Iman

Have you ever been around someone who is fasting for Ramadan, praying taraweeh every night, and trying to finish a full recitation of the Qur’an during the month, but is also really rude to you? Or maybe they are known for lying and gossiping, having an anger management problem, or not practicing what they preach. They might even be picking and choosing what they want to practice from the religion, and which sins they don’t want to leave, while claiming to be a model Muslim.

We can’t expect the month to serve us by offering forgiveness and a mask of piety, if we aren’t willing to stop lying, backbiting, hurting others, and shamelessly sinning.

Well, at one point or another, in some way, we have all been that person. It’s much harder to think about our own speech and actions than those of others, but when it comes to good and bad deeds, we need to worry about ourselves first. Ramadan is a gift from Allah because it’s a chance to be forgiven and start fresh. But even during this holy and generous month, there are some conditions for acceptance. We can’t expect the month to serve us by offering forgiveness and a mask of piety, if we aren’t willing to stop lying, backbiting, hurting others, and shamelessly sinning.

The Prophet (saws) said, “Whoever does not give up foul speech and evil actions, Allah is not in need of his leaving his food and drink (i.e. Allah will not accept his fasting).” [Narrated in Sahih Bukhari]

Someone else’s sins are not worth wasting our fasts over.

At this point you might be thinking, “That’s all well and good, but what about if I’m doing my best, yet someone else keeps offending or provoking me?” This is when we need to keep in mind that we are only responsible for our own deeds, not anyone else’s. Even though it can be tempting to curse or fight back, or backbite the person who is slandering you, Allah and His Messenger (saws) expect us to take the high road. Someone else’s sins are not worth wasting our fasts over.

The Prophet (saws) said, “Fasting is a shield (or a screen or a shelter). So, the person observing fasting… should not behave foolishly and immodestly, and if somebody fights with him or abuses him, he should tell him twice, ‘I am fasting.'” [Narrated in Sahih Bukhari]

Let’s make this Ramadan more than just a time for reading extra prayers and Qur’an, and use it to improve our character and behavior in public and private inshaAllah. 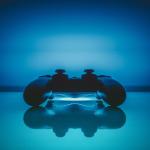