One rarely sees a film whose principal message to its audience appears to be “So you bought a ticket to this, huh? Fuck you”, but when one does,—well, truth be told I don’t know what happens next. But I sat through this wretched film unasked, and now I am going to make you all suffer with me. Merry Christmas. 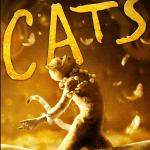 In defense of Tom Hooper (who directed the film) and Andrew Lloyd Weber (who created the Broadway musical the film is an adaptation of), T. S. Eliot’s Old Possum’s Book of Practical Cats does not really have a plot or even a setting per se, only character portraits of individual cats and of cat-kind in general, so the adaptation could hardly have been easy. In their offense, however, nobody made them do it and nobody wanted them to do it, and the intractability of the material should have hinted to them that T. S. Eliot, the Muses, and God were all against them. Nevertheless, they persisted, and now at least the Star Wars Holiday Special will have another film to talk to at parties, I guess.

The wretchedness of this film is matryoshka-like in its complexity. However much you discover, there is always another, smaller wretchedness concealed within; from the subtle yet bafflingly unnecessary ambient horny that suffuses the eldritch human-cat abominations in their every movement, to the atrociously unfunny cat puns sprinkled throughout, to the arresting spectacle of Sir Ian McKellen (who, like Dame Judi Dench and indeed all humans, should know better than to be in this film) abruptly crying out “Miaow miaow miaow!” apropos of nothing in the middle of a choral number: almost no correct or sane or comprehensible decisions were made by the creators of CATS. (I’ll make an exception for the song “Macavity,” which was the one thing in the movie that I thought mostly worked.) However, I think three can be zeroed in on, namely: plot; tone; and cinematography.

Plot would naturally be a problem, since the book the musical is “based” on doesn’t have any. It’s just a series of poems about cats. CATS decides to go for a plot, since it’s all movie-like now, and fabricates that Old Deuteronomy summons the Jellicle Ball (book originals) so that she, Deuteronomy, can … choose a cat to ascend into the atmosphere and thus … be reincarnated. You know what, sure; otherwise we’ll be here all night. This is then combined with Macavity, another book original and a criminal mastermind at that, trying to kidnap and thus eliminate the competition with entirely unexplained powers of teleportation, or magic dust, or catnip or something? Exposition is really not this film’s strong suit either. But Macavity, despite his best efforts, is not chosen as the Jellicle Cat—instead a sad and outcast cat is chosen because she sings about being sad and outcast due to [footage not found], and Old Deuteronomy is rescued by magical Mr Mistoffelees, and no one knows why anything is happening or why we should care, especially not the audience.

The principal problem with the plot is not that it’s stupid (it is, but plenty of films have stupid plots that work just fine; Independence Day, for example, or literally all zombie movies), but that the film is so bad at explaining who anyone is or connecting any one point of the plot to another that nothing lands. Mr Mistoffelees magicking Old Deuteronomy back from the barge where she was taken by Macavity (uhh, okay) is presented as this incredible personal breakthrough of confidence in his magical talent, for example—despite the fact that lack of confidence was never established as a flaw of Mistoffelees’ beforehand and his magical powers weren’t established as a usable skill, so that it’s not so much deus ex machina as deus ex nihilo on both counts. The characterization sticks very close to the poems as written, which is good adaptation but bad screenwriting, because the poems aren’t establishing film characters: they’re light, silly little pieces of verse that weren’t meant to go anywhere, and putting them on a screen doesn’t give them direction. So we have a plot that isn’t being created by the actions or motives of characters, and “payoffs” that don’t release any tension because THERE ISN’T ANY.

This is related to the tone problem. If Weber, and Hooper in his wake, had been content to create an extremely avant garde film that was more about exploring scenery and effects than about an artificial plot (along the lines of Fantasia, where the film is there as a vehicle for the spectacle and is clearly meant to be so, rather than the spectacle serving the film), there’s absolutely a legitimate variety of tones you could have for that: sprightly for Jennyanydots, nostalgic for Gus, enticingly sinister for Macavity (no I did not learn their names from the film, I have Old Possum in front of me as I write this). The turning from one mood to another wouldn’t call for justification; it would be more like walking along a line of portraits in a gallery than reading the successive panels of a comic. But they went with a plot, and a plot’s tone-shifts have to be justified by the story, and thus they pulled down the edifice on their own heads. The characters are so alien and their motives so incomprehensible, especially given that the Jellicle Ritual has maybe, maybe twenty seconds of exposition devoted to it, that the emotional payoff of this human-cat’s sadness or that human-cat’s jealousy is nil. The music for “Magical Mister Mistoffelees” tells us that this is triumphant—really, really badly paced (for your information, Lord Weber and Mr Hooper, “Fifth time’s the charm” is not the saying, and it is not the saying for a reason), yet triumphant—but we barely know who these cats are, and there’s no investment in anything that happens, and the tone is just a soggy mess in consequence. But CATS wants so badly for us to care who wins the coveted reward of the Jellicle Ritual! It will stop at nothing, as long as expositional clarity and character arc aren’t involved!

While we’re here, a brief word about Old Deuteronomy’s momentary drop into Four Quartets in her dialogue. Ordinarily, I’d be deeply impressed that a film that was clearly scraping right through the mildewed bottom of the barrel for content chose to stick to Eliot’s own verse. But there is no poetic sequence on earth less well-matched to Eliot’s cat-based poetry than the brain-breaking, ethereal time-mysticism of Four Quartets. It is as embarassingly inappropriate to both the source material and the film that happens in front of us as a math class erection.

Lastly, but not leastly, a word about the cinematography. This is something I don’t think I’d have picked up on if not for Lindsay Ellis and Folding Ideas on YouTube (and I warmly recommend their channels). The camera work is not simply bad; occasionally it works fine. But one truly mystifying decision was made: to shoot a lot of the film with … well, I was going to say a handheld cam, but given the amount of CGI in CATS I guess it’s probably a simulation of a handheld? I don’t know the technical terminology. Anyway, it’s a jarring choice, because a handheld look puts you in a hyperrealistic headspace—home movies, cinema verité, the actual experience of looking at things—and combining that with something as transparently artificial as singing, dancing, CGI human cats, to say nothing of the mice and human-faced cockroaches, is distractingly stupid. It’s like trying to put 2D animation into a 3D live action film and expecting everybody to treat the cartoons just like the actors. The audience won’t accept it, no matter how well acted it is, because your brain is telling you the whole time These go together like peanut butter and caviar.

To be absolutely and completely fair to this film, I got into the theater two or three minutes late, and did not take the obvious precaution of being high as balls beforehand. Maybe if I’d been more timely and/or smoked a blunt the size of a hoagie beforehand, I’d have appreciated it better. Nevertheless, I must in conscience give CATS a rating of … let’s take a page from the pun-loving screenwriters’ work and say Hairball.

Image protected under fair use 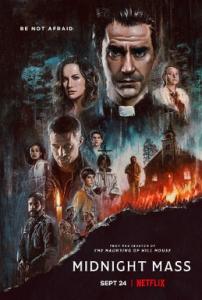