Wolves In the Fold, Pt. 3: Howls and Hirelings

Go here for Part 1: What Is Spiritual Abuse? and Part 2: Some Things Abuse Is Not.

The Roots of Abuse

Who can be an abuser? We touched briefly last time on the stereotype of the predator—an obviously skeezy stranger trying to lure children with candy. Thanks to Hannibal Lecter, we’ve also developed a second stereotype: that of the intelligent, often cultured, and even charismatic sociopath who uses his immense charm to conceal his utter lack of conscience and sadistic intent.

Both of these figures have some basis in reality, but they’re both cartoons. Most abusers, spiritual or otherwise, are not Stranger Danger or Suave But Psycho. Usually, abusers seem normal, for the same reasons most of us usually seem normal: it’s the way to navigate most of life with a minimum of inconvenience.

People learn to abuse in different ways and at different stages in life, and they resort to abuse in different contexts. The unifying theme is the desire to exert control over the target of abuse. This control can be expressed in a lot of ways (which is one reason abuse takes so many forms), and the urge may find satisfaction with a specific “victim profile” or in a much more general fashion. Regardless of the specifics, that need to control is what drives abuse, and why predators use trust relationships rather than other avenues to exert power.

He Careth Not for the Sheep

Because of the trust that many people, even some non-religious people, habitually place in clergy, this makes professional ministry an attractive career for abusers, whether they fully acknowledge their urge to control others or not. Any social role with moral authority—parent, teacher, coach, cop, etc.—can offer something similar; spiritual abusers gravitate toward ministry (formal or not) for a few reasons. It may simply happen to be the environment they know best. They may, on some level, have a sincere interest in religious matters. They may be attracted to the implicit halo of devotion as an aid to deceit. Whatever their precise motive, they are again united by the fact that their urge to control others is more important to them than the welfare of the people they are supposedly serving.

The Strength of Sin Is the Law

Religious contexts also afford at least one and sometimes two tools to the would-be predator. First of all, clergy, teachers, and parents are official guides to belief and practice for the people under their care (whatever their age). Their approval or disapproval on these issues is thus very weighty. And, depending on the religion, beliefs and practices can have implications for—or flat-out cover—most or all of life.

The other tool, available in more specific religious contexts, is that of claiming special inspiration from the divine. This is common in cults,1 but not all cults display it, and not all groups that do are cults. In Christian contexts, this is often described as the “gift of prophecy.” In some ways it’s a better tool, because the abuser can claim not just expertise, but personal intimacy with the divine—and approval or disapproval on that basis cuts a lot deeper. It also introduces the idea that the “prophet” can see your secrets, inflating victims’ guilt and fear. But this can also make it more difficult to wield; if the “prophet” claims to know something that’s palpably false, the lie risks exposure. Some abusers use other tools to beat this threat down when it emerges; others silently avoid it, or even lose some of their power because of it.

But all this is psychology. Again we ask: who can be an abuser? 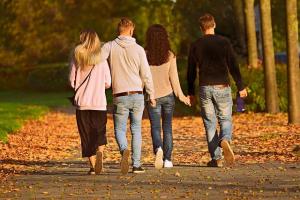 Well … almost anyone. Abusers come in every creed, institution, gender, ethnicity, age, and so on. And the point here is not that you should be paranoid, it’s a point about what abuse is. What defines predators is motive (control), means (power), and opportunity (trust)—nothing else. There’s no way to pre-empt abuse by only hiring women as teachers, or by banning gay men from seminaries, or by legally suppressing churches, or anything like that. You have to deal with the actual, ugly thing. You have to learn what abusers want, how they go about getting it, and how to recognize the patterns that give it away. That’s the way to stop it.

Because abuse is a mode of human behavior, not a kind of person. That mode of behavior appeals to people because it gets them something they want. It’s a little bit like addiction, in that a person who has abused in the past has to be treated as a permanent risk; but that’s because we need to protect vulnerable people, not because predators are some kind of magical non-human race like elves. Abuse is learned: it is chosen, and can be chosen against.

1Cult is a difficult word to define, partly because many definitions are tactical—meant to make it available as a term to smear opponents, rather than to tell the audience something about the group being smeared. For the purposes of this series, when I say “cult,” I mean “a group centered on and controlled to an unhealthy extent by an individual leader, and displaying beliefs and practices (usually religious or paranormal in nature) that are strange and extreme relative to the culture the group exists in.” Cults are typically small, but they don’t have to be: the Church of Scientology, which (even by conservative estimates) has tens of thousands of members, meets this definition of a cult. 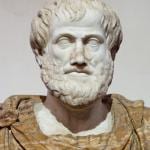 March 16, 2021 A Fisking of Bishop Barron's "We're All Becoming Platonists Now"
Recent Comments
0 | Leave a Comment
Browse Our Archives
get the latest from
Mudblood Catholic
Sign up for our newsletter
POPULAR AT PATHEOS Catholic
1 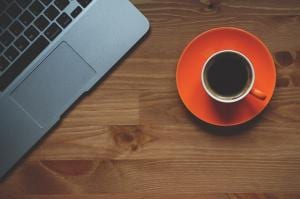