Juneteenth has been declared a federal holiday. On the one hand, I’m pretty happy about that: the liberation of slaves is absolutely something to celebrate. On the other, there’s some mild chagrin, in that federal holidays in this country primarily benefit federal employees and the wealthy, not people in the service industry (for whom federal holidays are often far more wearing than usual). On the third hand, I’m white, so it’s not like this holiday is about me in the first place! Maybe I could stand to butt out—or at least take it as a day of sober reflection rather than a day to party.

So let’s do some reflecting.

This holiday is important is because, until 1865, it was legal to own human beings in the United States. That’s really horrible.

I’m not going to nuance that. Sometimes you just need to look awful things square in the face for a minute.

And Americans seem really, really reluctant to look this particular awful thing square in the face. We do all sorts of things to avoid it, from insisting that the Confederate flag is “about heritage, not hate,” to talking about how Africans practiced slavery too, to pointing out that some slavers treated their slaves well, to arguing that Black people in the US are better off because they don’t have to deal with problems in modern Africa. 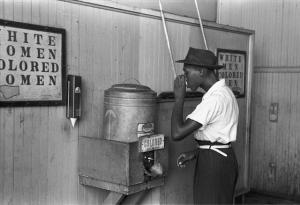 But it’s all excuses. And bad excuses at that. The Confederate heritage is nothing other than a war fought to maintain chattel slavery and explicit racism. The fact that Africans practiced slavery is irrelevant to American history. The fact that some masters were nice to the human beings they owned doesn’t make it okay to own people. And, quite apart from the fact that the problems of modern Africa are overwhelmingly the consequences of colonial exploitation—which is also exactly what slavery was—anything that amounts to “You should be grateful for slavery” is, uh, a hell of a thing to say.

A lot of people think that this stuff is about hating America, making white people feel guilty, or socialism. (I’m not clear how “slavery is bad” amounts to socialism, though if it does, good for socialism!) In my opinion this involves us in some pretty serious distortions of what’s really going on. Let’s pick this apart a bit.

To start with, if you can only love your country by pretending it’s never had any problems, then you can only be a patriot by being a liar. Loving your country is no different from loving anything or anyone else; refusing to be honest about their flaws is cowardly, no matter what it calls itself. I love my country, and it’s flawed. It’s a piss-poor kind of love that can’t deal with that reality.

This should be normal and natural for Christians. Undeserved love is at the core of our creed; so too is the belief that we are “pilgrims and sojourners in the world”—in a more contemporary idiom, immigrants and aliens. The good name of America is not our highest value, nor should it be (something we seem to have a pretty easy time with when it comes to abortion).

Second, while white guilt is decidedly beside the point, and we’ll get to that, white guilt isn’t the worst thing in the world. Unlike police brutality or using racial slurs, making white people feel bad is not a sin. And after all, collective, inherited guilt is not exactly an alien idea to Catholicism! Is it really so unbelievable that we might have something to repent of? We’re born into a web of thousands of involuntary connections to people and circumstances, relationships we did not choose and cannot hand-wave away.

But white guilt is decidedly beside the point. Because confronting racism, past or present, is really not about white people’s feelings. It’s about recognizing the dignity of non-white people, which means focusing on them, not ourselves.

It’s easy to argue all of this is in the past; dredging it up now reopens old wounds. I don’t think this is a sound argument. It certainly isn’t what the heroes of the civil rights movement thought. “A society that has done something special against the Negro for hundreds of years must now do something special for the Negro,” wrote Martin Luther King Jr. in the 1960s. It’s utterly ridiculous to talk about the ongoing influence of giants like Aquinas or St. Teresa, while trying at the same time to make out that things which were happening less than a century ago are thoroughly dead and done with. The present is made of the past, the same way a tree is made of water and dirt. We aren’t guilty of the past, but we are responsible for dealing with its effects in the present.

Penance—that is, reparation—is again something that should come naturally to Catholics. It shouldn’t make us indignant or panicked; it’s most of what the Christian life consists in.

It may be tempting to argue that Catholics played a very negligible role in American slavery, and therefore we shouldn’t be the ones bothering about repentance. That isn’t completely false, but what truth it contains is nothing to brag about. The only two major centers of antebellum Catholicism here were Maryland and Louisiana, both slave states, and Catholicism outside the US drove the slave trade even worse than Protestants did, if only because there were more Catholics to do so. However dirty America’s hands are, Catholic hands have the same kind and quantity of mud on them.

June 29, 2021 Thoughts on National Repentance, Part II: Unoriginal Sin
Recent Comments
0 | Leave a Comment
Browse Our Archives
get the latest from
Mudblood Catholic
Sign up for our newsletter
POPULAR AT PATHEOS Catholic
1 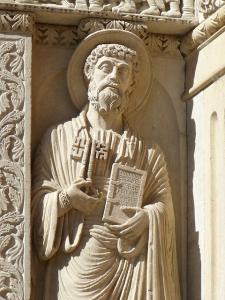