Different Schools of Thought In Islam – What’s Up With That?

As often happens, my Facebook life overlaps my Patheos life.  This morning I was sipping my coffee and getting ready to head to work when I happened upon a “mathhab” discussion on a friend’s status update.  What is a mathhab?  It is a school of thought.  Briefly, there are four major scholars whose religious rulings are commonly referred to by Muslims seeking knowledge. These scholars lived way back when, and at the time they were not consciously creating these schools of thought.  They simply happened to be among the most knowledgeable and pious (and Allah knows best) of their time, and thus when they shared the knowledge they had gathered over a lifetime, they attracted students and followers who hung on their every word.  Eventually those students and the ones who came after wrote down the advice, rulings, and musings of these scholars, and over time the points of view ossified into the four major mathaahib (plural of mathhab).  The four major scholars who lent their names to these schools of thought were Imaams Abu Hanifah, Maalik, Shafi’i, and ibn Hanbal (may Allah have mercy on them).  Nowadays, over 1400 years after the time of our beloved Prophet Muhammad, may Allah’s peace and blessings be upon him, almost every Muslim identifies at least marginally with one school of thought.  If you are from a certain country in Africa, you will be Maaliki.  If you are from Indonesia, you are probably Shafi’i, etc.  I won’t go into the finer details, but those are the highlights.

Now, the controversy arises due to the fact that since these scholars were human beings, they were correct in some instances and may have erred in some instances.  Some Muslims say if you grew up learning within a particular school of thought, you have to adhere to it no matter what.  Others decry this “blind following” and stress that you have to follow the evidence.  If scholar “A’s” point of view is weak, then even if your entire country follows him, if you find the evidence supports scholar “B”, you have to abandon the first and follow the one who is correct.  Some say this leads to “fatwa shopping” where a person will deliberately seek out a ruling that supports his internal desire.  The squabbling over schools of thought has gone on for as long as I have been Muslim and I’m sure I won’t solve it with one little blog post, but inshaAllah (God willing) I can lessen the confusion a bit, especially for revert Muslims like me who didn’t grow up within a particular tradition.

Thus prepared, I can send you into the following post which I wrote on my friend’s update and also on my wall:

Here’s the way I look at it. Your “mathhab”, your school of thought, will vary depending on YOU. Imagine that you are an illiterate peasant who lives in a rural farm in Egypt. You are not educated. When you have a question about Islam, you go to the local Imaam. HE is effectively your “mathhab” because since you are not educated you have to rely on what he tells you is right or wrong.

If you are the Imaam in that little village, you can read and write and you went to school at al Azhar University in Cairo. The teachers there taught strictly according to Hanafi fiqh (the mathhab of Imaam Abu Hanifa) so that is all that you learned. You are simply a village Imaam without a lot of resources so you always give advice based on your mathhab because that is what you know and you don’t have internet access or further chances to study because you are a farmer also so you are usually right next to everyone in the field. So your mathhab is Hanafi because that is what you know.

Now, imagine you are a scholar at al Azhar. You are highly educated, have the latest technology and you have the best scholars in the world on speed dial. You grew up in the Hanafi fiqh, but you are not a blind follower and when someone brings you a difficult question you access all your resources to find the best answer regardless of whose school of thought it comes from. You are mainly Hanafi in your outlook, but you are also open to other points of view. This is the correct position for someone with this level of education.

So, the issue of the mathaahib is simple and complex. The most important thing to remember is ALL the scholars of the major schools were 100% united all all the major issues in Islam. You will not find one saying there are only three daily prayers, right? So if there are differences, they will be usually on relatively minor issues and not fundamentals of the deen. One school might say to raise your arms higher when making takbir in salah. Another might say only to raise them to chest level. Each will have some sort of proof for his point of view so to follow either one is okay.

Revert Muslims are in between the peasant and the scholar. We start out innocent and ignorant, so we take our Islam from whoever is close; our mom who converted, someone we met at an international fair, the man we married. As we learn more about Islam we hit the internet and find an overwhelming wealth of knowledge, much good, some bad, some downright wacky. So we have to try to sort through all that. We read about a ruling on how to make sujuud and the first link might be for a Hanafi-based website and the other might be Maaliki. We just do the best we can and no one should criticize a revert or a newly practicing Muslim for being confused, or from taking decisions from different schools. It’s not an issue that should divide the Muslims.

I am a revert. I have been Muslim for almost 20 years, alhamdulilllah. I started out learning from a friend; he was my “mathhab”. After I started going to the masjid I realized his knowledge was limited and I attended classes, so my teachers became my “mathhab”. This was before I had a lot of information online so I relied on them to teach me, and alhamdulillah they were an orthodox sunni masjid so I learned the correct basics of Islam. As I became stronger in my Islam, and as the internet exploded and I was able to have much more information at my fingertips, I refined my study of Islam and started to work on the details of my faith, so I would use various websites to learn, for instance, how to keep my arms off the ground when I was in sujuud or where exactly to hold my hands when I was standing. My “mathhab” became the internet, but I did not just willy-nilly look at every website. I was still attached to the masjid and asked my teachers; I posted questions on forums, and I tried to find the best proof I could.

So now, here I am, a Sunni Muslim who tries to follow the manhaj of th Salaf in the best way I can. I do that by staying closed to the great scholars of Islam. We all stand on the shoulders of giants, and it’s less important to know whose shoulders you are standing on than it is to try to faithfully learn your deen. And we should never disrespect the scholars, or criticize a person for sticking to a mathhab if we don’t know their situation, or let minor issues such as hand positions to divide us. We have to look at the big picture and keep things in perspective, to give our brothers and sisters the benefit of the doubt, to look to ourselves first, and when we see something that is “wrong” wrong, to correct privately and with tact. This is more important that “Brother, you’re gonna go to hell because your beard is an inch too short”. And Allah knows best. 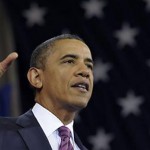 November 10, 2012 There is Room for You in Islam
Recent Comments
0 | Leave a Comment
"This is an excellent analogy. I have struggled to explain to some around me why ..."
Kate A Few Words on the Confederate ..."
"Thank you for this much needed perspective!"
Andrea DiMaggio The Transgender Muslim
"Mash'Allah. I've heard similar. And it makes me crazy. Where is our compassion and our ..."
Lia Leaf There But For the Grace of ..."
"I'm with you Nancy....I have 3 kids, and I'm not their friend. I'm their PARENT. ..."
Jada Nicks Edwards Society Guilty of Rape in Steubenville ..."
Browse Our Archives
Related posts from Muslimah in Progress