Eid Mubarak and the Blessings of Family

Don’t ever take your family for granted.

The alarm on my phone beeped to wake me to get ready for Eid prayers. I swiped it to turn it off and noticed litany of messages, as usual. One stuck out at me – my sister in law messaging a group of us to tell us there had been a stampede in the Mina camps, and hundreds of Hajjis had died.

If you are a believer like me then you believe that those who perish while performing their Hajj die in the highest, purest of states. Their place in Jannah (heaven) is signed, sealed, delivered. So we comfort ourselves by telling each other – do not mourn them. In their striving to perform a pilgrimage in God’s very honor, purely for the sake of God, they will not face a reckoning.

Their eternity will be paradise.

But their families left behind. Their loved ones grieving on their home soil. Theirs is a grief comprehensible only to them.

In an era of the “Five Star Hajj” with privileged Muslims who can afford it being able to perform their Hajj with very few hardships, the tragedies that befell so many on this year’s pilgrimage teaches us what we should’ve known all along: Nothing is for certain. Tomorrow is not promised to us. And when it’s your time, it’s your time.

On September 17, Sheikh Omar Suleiman posted the following on Facebook, following the tragedy of the crane that fell in the Grand Mosque, killing nearly 200 Muslims in the pre-Hajj stage of the pilgrimage:

A reflection of what ‪#‎Hajj2015 is like so far:

Everyone here is in the mindset that they might die because of that crane incident. I’ve never seen everyone so focused in Hajj. It’s amazing how thinking of death more corrects our attitudes with Allah, our families, our friends, and just people in general. The companions thought of it daily without ihram and cranes and that is part of what made them amazing people who had a healthy fear of Allah. May Allah give us all good endings. Ameen

Last week I had a conversation with my 12-year-old daughter. We talked about Ahmed Mohamed, about Donald Trump and Ben Carson. I told her about her rights – how if she is ever pulled out of school for any absurd, whatever reason, she does not have to answer any police or administrator’s question without having a parent present.

That is her legal right. It is a conversation I never thought I needed to have. But it was time.

We talked about her rights, as an American to life, liberty and the pursuit of happiness. To her right to seek the presidency should she want (which she is utterly uninterested in doing), because as the Constitution guarantees – there is no religious litmus test for holding office, whether as a state senator or as the President of the United States.

Why are we talking about all this, she asked me?

Because, I said, you need to know. I need to make sure you know all this. Because there are too many people who are going to shout otherwise, and you need to know what your rights are.

But I wanted to tell the story again, and particularly see what H remembered from Sunday school. I explained what the rituals of Hajj were. Why we do the Hajj, and the tragedies that people endured on this particular Hajj.

Were you scared when you went for Hajj, H asked me.

No, I told him. I was so eager to go. Allah was calling me, and I needed to answer that call. And I trusted in Him to bring me back home to you guys.

But that’s the thing, I told him – we must always strive to make good choices every day. We don’t know what will happen tomorrow. So make this day count.

The morning went strangely smooth. In bracing for whatever disaster that tends to happen, I was unprepared for the opposite – an easy Eid prayer experience with D. Congregational Eid prayers is the only religious thing we attempt as an entire family year after year. Some years success, other years not so much

But the stars fell into alignment this morning with everyone showering, breakfasting and getting ready in time, an easy ride to the sports stadium where prayers were being held, an uneventful congregational prayer, and a smooth exit out of the stadium and back to our car.

Heck, we even managed to get a few family photos and Eid hugs in with friends and family.

There’s not much more you can ask for than that, given our autism history.

Don’t ever take your family for granted. 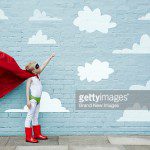 September 22, 2015
14 Ways to Help Your Child with Special Needs Succeed in a Religious School
Next Post 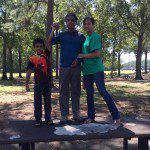 Muslim
Dear Siblings - What is Your Role in...
Muslimah Next Door 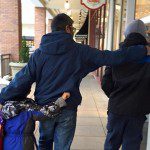 Muslim
Piecing Together the Puzzle of the Future -...
Muslimah Next Door
TRENDING AT PATHEOS Muslim