Everyone Is on a Path Toward Greater Wisdom and Compassion 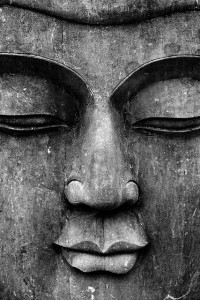 A friend of mine has a saying, “It takes all kinds of people to make the world go ‘round. Unfortunately.”

Other people are the most challenging aspect of our lives, particularly when we strongly disagree with their views, choices and behaviors. The ideal of unconditional love and acceptance of all people can sometimes seem like reckless folly, but on the other hand we can exhaust ourselves with endless worries about, and judgments of, the actions of others.

Try this idea on for size: according to Buddhism, the development of individual human beings tends generally from ignorance toward wisdom, and from selfishness toward compassion. In a sense everyone is on their own path toward greater wisdom and compassion, although these paths tend to be circuitous. Over the long term someone’s path leads eventually toward greater wisdom and compassion, but at a given time they may clearly be headed away from these virtues.

Seeing everyone as being on a path of positive growth and development may seem like Pollyanna-ish wishful thinking. It may seem like a hypothesis impossible to prove, but it can actually be confirmed by direct observation of life. It is similar to a hypothesis that every object will eventually fall to the ground. Such a hypothesis is not proven only when every last object has fallen to the ground, because life goes on – there are always still birds, clouds, satellites and planes in the air. We have confidence that every object will eventually fall to the ground because we have observed and quantified a natural law that acts on every object. Similarly, it is possible to observe the human learning process and conclude that people ultimately move from ignorance toward wisdom and from selfishness toward compassion, not the other way around.

Growing in wisdom and compassion is not a simple, deterministic, step-by-step process, however. Sometimes we have to hit bottom before we can accept the truth that is right in front of us. Sometimes we fall asleep for years at a time and resist change, including growth. Sometimes we carry such deep injuries and fears that we get frozen at a particular stage of development – until something happens to open the floodgates and a lot of change happens in us at once.

We cannot unlearn what we have learned, though we can turn away from it and refuse to integrate our understanding into our behavior for a long time. Even more importantly, true compassion is always rewarding in and of itself, so the moments when we are able to feel or act on true compassion reinforce that response. Someone who has been truly kind and generous does not bitterly regret that on their deathbed.

We can all think of many examples where it does not appear people are developing greater wisdom and compassion. People often regret acts of apparent kindness or generosity because they subsequently feel unappreciated or betrayed. People seem utterly stuck in harmful or base behaviors, without the slightest apparent interest in breaking out of them. People develop worldviews based on suspicion and competition and actually feel self-righteous about it. This list goes on and on.

When people are stuck in ignorance or selfishness, they are on a part of their path that for the time being leads away from wisdom and compassion. Nonetheless, they are still part of a universe in which the ultimate tendency is toward greater wisdom and compassion, and there is a way to verify this: as long as people are embracing ignorance and selfishness they are suffering. It is like they are resisting gravity; it takes effort and causes strain. In order to ignore or resist a lesson they have actually already learned, they need to live in denial and cut off aspects of their life. In order to cling to harmful or base behaviors, people have to starve a part of themselves that longs for things like vitality and competency. In order to justify suspicion and competitiveness, people have to harden their hearts and subsequently, at some deep level, feel alienated and threatened themselves.

Eventually people wake up, open up and realize. When they do, the path ahead of them may seem daunting as the need to accept and change becomes paramount. Nonetheless there is a cathartic relief in giving up the resistance to their natural process of growth in wisdom and compassion, so no one seriously concludes it would have been better to have remained ignorant and selfish.

The one caveat to this positive view of human development is this: people may not wake up, open up or realize before they die. Recognizing this is what makes this view realistic instead of ridiculous.

Still, we can cultivate respect and patience for people if we consider them to be in a complex, long-term process of growth. That they might die before achieving what we recognize as sufficient growth is a cause for compassion, not judgment. Rather than writing people off, we start to observe them carefully, trying to understand and appreciate the lessons they are struggling with and their moments of insight. While watching people suffer causes us pain, we can cultivate an open-hearted curiosity about how they will find their way out of their stuck places.

Human development does not follow a fixed schedule. This is where the Buddhist imagery of multiple lifetimes is inspirational, even if it is considered only metaphorically. In this imagery someone who dies while headed away from wisdom and compassion is reborn in some way into another life, where the process of learning and development continues. Eventually, then, everyone reaches enlightenment, even if it takes countless lifetimes. Without relying on a belief in literal rebirth we can acknowledge some of the truth in this imagery by thinking of how human beings learn from one another. Someone who dies enmeshed in ignorance and hard feelings can remind the people around them not to follow that example, but renew their efforts to grow in wisdom and compassion. So in a sense the hard lessons of a troubled life are never wasted.

Next time someone exasperates you, try thinking of them as being on a very long path toward wisdom and compassion. Think of multiple lifetimes, and try to be patient – with them, and with yourself. 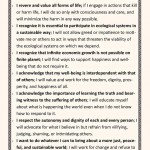 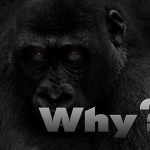 March 7, 2015 When Religion Refrains From Explaining “Why”
Recent Comments
0 | Leave a Comment
"An excellent summary with useful references. Even before I reached the end I began to ..."
Richard Kollmar Liberal Religion & Buddhist Modernism: Or, ..."
"Are you speaking of Hillary Rodham Clinton? If so, you are willfully ignorant and a ..."
EquaYona Five Things To Do Now That ..."
"No, it's murder, twat."
BobbyZ What in the Hell Is Happening ..."
"You supported a career criminal."
BobbyZ Five Things To Do Now That ..."
Browse Our Archives
Related posts from My Journey of Conscience