The Burden of Atheism 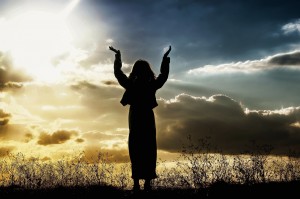 Lately I’ve been working on a book on meditation. It’s involved extensive research into other spiritual traditions and their meditative aspects. I’ve been very impressed so far with the richness, depth, authenticity, and effectiveness of spiritual paths very different than my own (Zen).

One thing this kind of study does, of course, is make you clarify your own practice, tradition, and beliefs. What has recently become more clear to me than ever before is this: I am an atheist.

I say this completely without judgment. My atheism is something I have realized about myself, like I might realize I have anger issues, or ancestors from Sweden, or that I love cheese. I first discovered I was an atheist back in Catholic high school. I wanted to believe in God and Jesus, I really did. I liked Catholicism and wanted to be a good Christian. But I just didn’t believe. I asked Christians for advice on how to believe, but none of them had anything helpful to offer.

Fortunately, I encountered Zen after college. I was thrilled – it didn’t require me to believe in anything! Now, realize that this, again, was not a judgment. It wasn’t a matter of considering Zen to be superior because it didn’t ask you to swallow that silly God stuff. No, it was a matter of longing for a spiritual path and finally finding one in which my lack of faith wasn’t an obstacle.

After many years of Zen practice, ironically, I stopped considering myself an atheist. I personally experienced something much greater than myself and knew nothing was actually separate from anything else, that reality perceived without concepts is luminous and complete, and that compassion was a reflection of the structure of the universe. I ended up with faith in Something Greater after all.

But… to get back to atheism: After doing research into several other religious traditions and their deeply devotional aspects, I realized that, despite my experience of what Huston Smith calls the “More,” most devotional practices leave me completely flat. It turns out that I’m wired to perceive the Infinite, but not to perceive that it has any personal qualities whatsoever.

When I look within and summon That Which Is Greater – that which most deeply inspires my sense of awe, amazement, inspiration – I think of Being itself. I think of moments of direct perception when all things – energy, light, life, objects, sounds, thoughts, words, feelings – are clearly luminous examples of Being, all of them manifesting and partaking of the same Being. I think of songbirds, whales, and mountains – mind-blowing examples of how Being finds its way into existence and evolves. I think of the drama of human life and how remarkable it is that Being has found a way to be aware of Itself.

But this Being doesn’t give a crap about me. It’s not that its concerns are too big for me to figure in them, or because I’ve done anything to offend It, it’s that this Being has no feelings, no agendas. I can deny its existence and live trapped in a small, miserable cocoon of self-concern, or I can awaken to Its majesty and feel part of something greater. It’s totally up to me.

In Judaism, Christianity, Islam, Hinduism, Yoga, and almost all other religious traditions, God is perceived as being Infinite, outside of space and time, the source of life itself, and utterly beyond description and human comprehension. That I get. In all of these traditions, however, God is presented as amazingly and mystically possessing two natures, because He is  also perceived as personal. He wants you to return to Him. He loves you and cares about you. He is saddened – or even angered – when you take the path of selfishness instead of devotion. The purpose of human life is to serve Him and find its way to reunion with Him.

I would like to perceive this personal aspect of God, but I don’t. I understand that the theists among my readers may pity me for this, and I respect that. As open-minded as we might try to be about one another’s faiths, ultimately we really ought to believe our way is best. If we don’t, we should try something else, right?

In that respectful but honest spirit, then, let me share my sense that atheist spiritual practice isn’t sad and bereft, but rather incredibly profound and demanding. It places the burden of responsibility for your life squarely on you.

An analogy may help here: Being an atheist is like living without parents. As long as your parents are alive, assuming they were halfway decent parents, you know that somewhere in the world someone cares about you and how you’re doing. You matter in a special way to your parents. Even when you’re completely responsible for taking care of your own life, you’ve got the subtle moral support of parental presence (this can, of course, feel positive, but can also feel like pressure or guilt sometimes).

Once your parents are gone, it’s just you. You may have family and friends who care about you very deeply, but your well-being and existence will never be a central priority in their lives the way it was for your parents. It’s all up to you now, what you make of your life. No one really cares.

So, if atheist practice is like living without parents, why isn’t it just sad? Well, maybe it is, a little. But it also seems like a natural progression in terms of spiritual maturity. You still have to be aware of Something Greater – this isn’t about wallowing in nihilism, because that’s not the reality of this amazing universe – but that Something Greater isn’t your parent. You have to look within and decide what you really want to do with your life. Whatever spiritual aspiration arises out of complete atheism is a pure response of your Being to universal Being – it’s not based on the expectations or needs of others (which can be used for positive motivation).

Wherever you find yourself in terms of theism or atheism, I don’t think you have much say in the matter. However, I think it’s essential, if you really want to deepen your spiritual practice, to absolutely clarify how you stand with God. If He cares about you, then you should devote every moment of your life to Him. If He doesn’t, then you should face that fact squarely. Throw off the yokes of guilt, expectation, and obligation, which are either excuses you’re using to avoid acknowledging your ultimate atheism, or remnant habits that you’re using to avoid taking full responsibility for your life.

It may sound like “throwing off guilt, expectation, and obligation” would result in amoral selfishness. For some people, maybe it would – in which case they are not yet mature enough to take responsibility for their lives. In the context of a full spiritual practice, however, throwing off these yokes forces a choice: How are you going to live? In harmony with universal Being? With respect, awe, and compassion? With gratitude? My answer to these questions is, “Of course!” But if I’m honest about the fact that I don’t perceive Being as a parent, I know my course of action is entirely up to me. 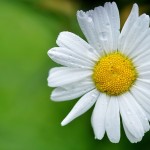 July 14, 2015
Dogen and My Journey to Oneness with a Flower
Next Post 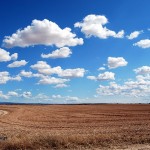 August 2, 2015 The Nature of the Zen "God"
Recent Comments
0 | Leave a Comment
Browse Our Archives
Related posts from My Journey of Conscience 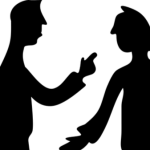 Buddhist
Step One - Commit to Stillness, Don’t React
My Journey of Conscience
TRENDING AT PATHEOS Buddhist