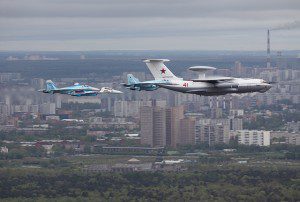 Turkey downs a Russia fighter jet – the first  hostile attack by a Western nation against Russia in 50 years. Pope Francis speaks of “Piecemeal” World War III beginning to unfold.  Religious wars are raging across the Middle East. Russia suddenly has emerged onto the world stage in a completely unpredictable fashion. These calamitous events – one right after another –   seem so random and unpredictable. However, if we look at these “end times” world events through the lens of Catholic prophecy we may find some clues.  Perhaps Catholic Prophecy can help us  understand the tumultuous events cascading across the world.

Winston Churchill once described Russia as a “Riddle, wrapped in a mystery, inside an enigma”. Today  USA  and Russia,  out of nowhere it seems, have incredibly returned to a point of conflict that some serious policy experts say could lead to nuclear war. Russia’s sudden rise onto the world scene would have seemed implausible a few short years ago. But now as we witness current events, most Americans would probably   not argue with Mr. Churchill’s creative description of Russia.

As policy experts wring their hands searching for answers to make sense of Russia’s quick rise to prominence some dedicated Catholics, all along, sensed this day was coming.

Bishop of Fatima:  “The message of Fatima applies to Russia. Fatima and Russia are one.

Beginning with Fatima, Catholic Marian prophecy has been consistently accurate on Russia’s role in world history. For many Catholics, the Fatima apparitions are viewed as the most important supernatural event since the birth of Christ and  according to most theologians Russia is a central theme of the Fatima secrets. What is less well know, however, is how Russia is attached to another important Marian apparition – the apparitions known as Medjugorje.

The Blessed Virgin Mary in 1917 warned of the rise of atheism in Russia and spoke about the consequences if Russia was not consecrated to Her Immaculate Heart.   Russia’s central role at Fatima became so commanding that it led the Bishop of Fatima to say: “The message of Fatima applies to Russia. Fatima and Russia are one.”  Our Lady in 1917 said “I shall come to ask for the consecration of Russia to my Immaculate Heart. If my requests are heeded, Russia will be converted, and there will be peace; if not, she will spread her errors throughout the world, causing wars and persecutions of the Church. The good will be martyred; the Holy Father will have much to suffer; various nations will be annihilated. In the end, my Immaculate Heart will triumph. The Holy Father will consecrate Russia to me, and she shall be converted, and a period of peace will be granted to the world.”

To this day it is a great mystery why Russia is so prominently mentioned by the Virgin Mary.  Catholic intellectuals have debated Russia’s role at Fatima for decades.

Saint John Paul II: “Medjugorje is the continuation of Fatima. The Madonna appears for the first time in communist countries because of the problems that come from Russia,”

What is not so well know is Russia’s connection to the apparitions at Medjugorje.

The connection to Russia with Medjugorje pertains to the sudden spiritual awaking taking place in modern Russian society and a message from the Virgin Mary at Medjugorje about Russia’s future.

The Queen of Peace at Medjugorje revealed an astonishing prediction about Russia  to the six young visionaries on November 1, 1981. Keep in mind, in 1981,  the Soviet Union was still very much an atheist state – at war with Christianity.  The Pope was a real threat to the totalitarian regime. So much so that the Soviet Union planned to kill Pope John Paul II.   The assassination attempt occurred on May 13, 1981, an anniversary date of the first appearance of the Virgin Mary at Fatima. One month after the attempt on the Pope’s life,  the Virgin Mary began to appear at Medjugorje.  Then six months after that the Virgin Mary  spoke about the future of Russia. In a brief message to the visionaries, She said: “Russia will come to glorify God the most, the West has made civilization progress, but without God and acts as if they are their own creator”.

“Russia will come to glorify God the most” is this “The Great Prophecy?”  It is incredible to think that in 1981 the Virgin Mary would speak about a time in the future when the Soviet Union would disappear and return to its roots as the country of “Russia” and that Russia would experience a spiritual revival unforeseen by the entire world.  It is very critical to understand these precise words – this prophecy. The return of religious life today in Russia is undeniable. We now see Vladimir Putin  attending church regularly. Putin lectures America about its rejection of faith and its immorality. Putin, by all accounts, is a devout Russian Orthodox Christians who is often seen in public venerating the Virgin Mary and kissing blessed Icons of the Madonna. The surprising spiritual revival in Russia is taking place at a time when a deep crisis of faith is occurring in Europe and the United States. There is now talk about the potential of  religious persecutions taking place in the United States as a result of  the historic Supreme Court decision on same sex marriages.

American Thinker writes:For those of us who grew up in America being told that the godless communist atheists in Russia were our enemies, the idea that America might give up on God and Christianity while Russia embraces religion might once have been difficult to accept. But by 2015, the everyday signs in America show a growing contempt for Christianity, under the first president whose very claims of being a Christian are questionable. The exact opposite trend is happening for Russia and its leaders—a return to Christian roots.

PUTIN IN HIS OWN WORDS ON HIS FAITH

Today, as the United States Government is taking away religious freedoms and moving forward into the future without God,  the Russian Government is funding the restoration of Orthodox Churches with public tax dollars. Inaugural ceremonies are attended by  patriarchs, and priests  armed with Holy water and incense. Russian Orthodox Bishops are regularly seen at military installations, conducting religious ceremonies, chanting prayers, burning incense, and sprinkling holy water throughout the facilities     Last year, Russia named a nuclear submarine after a Russian Saint. The sub is named Aleksandr Nevsky and is fitted with an Orthodox chapel.

The spiritual awaking taking place  in Russia is virtually an unknown story in the United States. Nobody in the United States saw any of this coming. For the magazine, Foreign Policy, Leon Aron investigated the reasons behind the collapse of the Soviet Union and the end of the cold war. The article is titled “Everything You Think You Know About the Collapse of the Soviet Union Is Wrong”

Mr. Leon Aron, writes:  “Every revolution is a surprise. Still, the latest Russian Revolution must be counted among the greatest of surprises. In the years leading up to 1991, virtually no Western expert, scholar, official, or politician foresaw the impending collapse of the Soviet Union. Mr. Aron says that most foreign policy experts were “puzzled” by the Soviet Union’s demise.   One of the architects of the U.S. strategy in the Cold War, George Kennan, wrote that: “in reviewing the entire history of international affairs in the modern era it is hard to think of any event more strange and startling, and at first glance inexplicable, than the sudden and total disintegration and disappearance … of the great power known successively as the Russian Empire and then the Soviet Union.” For those who think the consecration of Russia did not occur in the right manner I would suggest reading the article by Leon Aron.

Contemporary cultural events  in the United States and the West, suggests Western society is  moving rapidly away from God – essentially rejecting God’s role as our creator.  This movement away from God is taking place while Russia appears to be embracing Christianity, even “Glorifying ” God.

The question is are these two very different societies on some kind of historic collision course.

On August 25, 1991, in a message to the world  The Virgin Mary said that ‘Medjugorje is the continuation and fulfillment of Fatima.”

There is little doubt that we are rapidly approaching  apocryphal times.

Let us  not forget Our Lady’s urgent plea “Pray for peace;  peace, peace, and only peace.”

December 21, 2015 THE SURPRISING RISE OF CHRISTIANITY IN RUSSIA
Recent Comments
0 | Leave a Comment
Browse Our Archives
Follow Us! 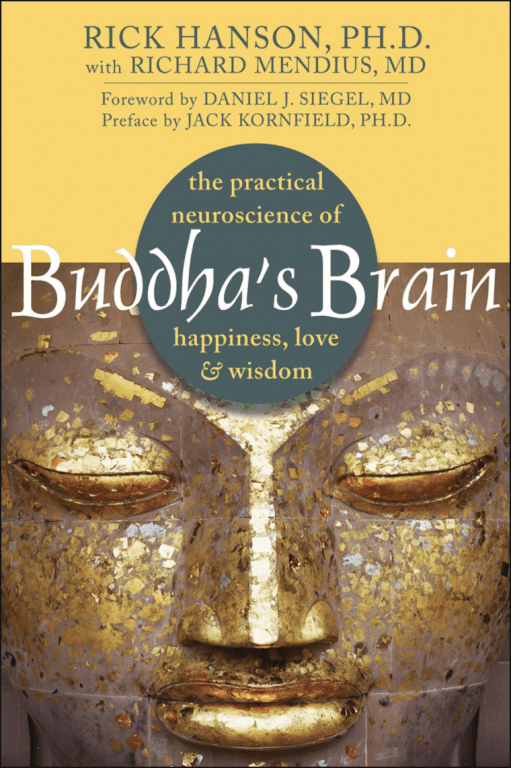 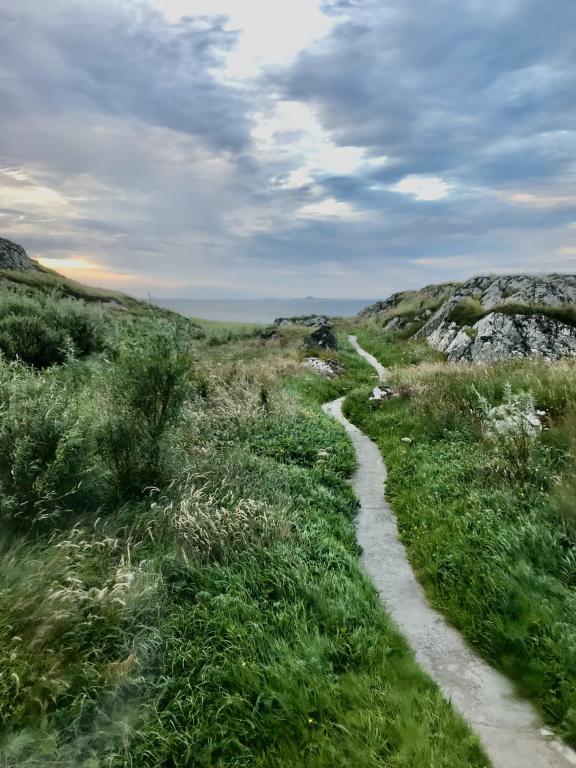 Spiritual Practices for a Pandemic: Connection, Meaning, &...
At the congregation where I serve as minister, we recently had the...