The Story Catholic Media Refuses to Report: Powerful Cardinal and Top Contender to be Next Pope Invited Medjugorje Visionaries to his Cathedral

March 9, 2017 by Mystic Post
0 Comments
The Story Catholic Media Refuses to Report: Powerful Cardinal and Top Contender to be Next Pope Invited Medjugorje Visionaries to his Cathedral March 9, 2017 Mystic Post

So in this context please consider for a moment the significance  of Pope Francis’s most trusted confidant, Cardinal Schonborn personally inviting Medjugorje visionaries into his Cathedral in Vienna, Austria to have their 6:40 pm daily apparition right before the eyes of his congregation.

This is not an insignificant event, in fact it may be of historic importance for the Catholic Church when we understand that Cardinal Schonborn is widely viewed by Vatican observers to be the leading candidate to be the next Pope.

Cardinal Schonborn is widely viewed by Vatican observers to be the leading candidate to be the next Pope.

In late 2016 Medjugorje visionaries Ivan and Marija visited Vienna, Austria. Cardinal Schönborn hosted them for an evening of prayer in his famous Cathedral in Vienna. This video contains the Cardinal’s remarks that evening, concerning Medjugorje. The entire evening (with English translation), including Our Lady’s apparition to Ivan and Marija, can be viewed on the Marytv.tv website.

Praised Be Jesus and Mary!
Praised be Jesus Christ!

back 100 fold for what you¹re doing tirelessly.

I wish before we go into Adoration I wish to tell you three
things that are very deep in my heartŠ. [I¹ll speak] very shortlyŠ.

First, if I think back to the beginning of the prayer
community here in Vienna, the beginning of the 80¹s, I the very beginning
in the Dominican Church  am Dominican  I remember how we were surprised that every Thursday the church was full.  We
were not used to that.  And that people were praying for hours.  There was
confession, there was Rosary.   But you
see, this is nearly 30 years ago, and the astonishing thing is, I can see
tonight, you have never stopped praying!
That is not normal.  And that shows what Our Lady always says at the end of her messages, ³Thank you for having responded to my call,² I can only repeat, thank you for having heard her until today, and thank you for continuing to listen to her.

The second is of our beloved icon Maria of Posch (sp?).   Maria Posch, it
is eastern Hungary and I was
there for Jubilee of the pilgrimage place. The original is here, the copy
in Maria PoschŠ. It¹s an icon through which the Mother of God has shown her

closeness through the miracle of tears.
In 1697 there was the big miracle of tears because the icon cried for
many days.  Why did she cry?  She cried about the suffering of the
people.   But I believe mainly because she suffers with us,  she is
compassionate, because she is really the mother of all of usŠ  her tears
have guided many, many people back
to faith, deeper into faith and if you look everyday there are thousands of
candles burning in front of her picture here in the Dome, St. Stephen¹s
[Cathedral].  I want to indicate
something to you which is a speciality of this iconŠ because this icon
indicator of the pathŠ. It is Mary indicating Jesus with her hand.  She
shows us the way.   She shows us Jesus who said ³I am the way,
the truth and the life.²   She shows us
Jesus.   ³Do what he tells you to
do.²  That¹s what she tells at Cana, ³Do
what he tells you to do.²

But this icon has something very special.   Normally in the icons of the
Church of the
East, the baby, the child Jesus, blesses with his hands.  And Mary
indicates Jesus and Jesus blesses
here, and this is very rare, here there is something else.  He indicates
his mother, she indicates

him.  He indicates her and on this icon
Jesus does what he does later on the cross.
He says, ³See your mother!²  Here
there is your mother.  See your
mother.   I believe that this is
something very special that we rarely see on iconsŠ  the love of Jesus for
his mother, he shows
her to us.

And the third is something funny, something amusing.  I have heard so many
witnesses about
Medjugorje in these nearly 30 yearsŠ. One thing I have to tell you because
it¹s
kind of funnyŠ and I believe that I¹m allowed to do that.

I took a train after my visit to Medjugorje.  And I felt that this was a
little wink from
Our LadyŠ I sat on the train and I wanted to be pious and pray the
breviary.   A very voluminous lady sat
down next to me.  She was really, really
fat.  And I had to really push myself to
the side because she left very little space.
And I was slightly annoyed, I must admit.  I was not virtuous.   And then
she began to talk to me.   I didn¹t like it at all.  She asked me, Father,
where are you a parish
priest?   I sort of reacted in an annoyed
way.  She was a Roma lady from Burg land
(?) and I acted a bit annoyed and I said, ³I want to read.²  And she asked

again, ³Hey, Father, where are
you a parish priest?²   And again annoyed
I answered, ³I am the bishop of Vienna.³
And she answered, ³Oh yes, I¹m sorry.
I didn¹t want to disturb you.²  And
that made me become a bit more friendly.
And then out of the sky she began to say, ³ My husband was in Medjugorje
now.²  I didn¹t say anything about
Medjugorje, she said it.   ³My husband
was in Medjugorje now.  And he climbed up
a hill where there is a big cross at the top
And he climbed back down.  And since he came back he is so kind and
friendly like he was never before in his life with me!²  [applause]
And she said she wants to go to Medjugorje also now.

Perhaps she will also be so friendlyŠ.

The Lord is in our midst truly!  Truly, truly  like in the times in
Galilee,
in Jerusalem, so real, the Risen Lord!
We want to greet him now.  And in
great gratitude, in great trust, we want to adore him.

[His Eminence then presided, leading the congregation in Adoration of the
Blessed
Sacrament.]

March 10, 2017 Catholic Media Spreading Fake News on Medjugorje ... Ignore Official Vatican Directive ... Bishop of Mostar Never Met Visionaries, Rejects Fatima, Lourdes
Recent Comments
0 | Leave a Comment
"I guarantee that 3213 decades will pass and nothing of significance related to these delusions ..."
Mike De Fleuriot MEDJUGORJE: IN RARE INTERVIEW FR. PETAR ..."
"The ROC has their hypocrisy just like many USA churches. How so, one may ask?The ..."
greenchili PUTIN AND THE APOCALYPSE: RUSSIA’S MYSTERIOUS ..."
"I said GOD doesn’t need nuclear weapons.But God does allow them or any other weapons ..."
D.M.S. PUTIN AND THE APOCALYPSE: RUSSIA’S MYSTERIOUS ..."
"Still, some would see the hand of god in such a conflict."
Silverwolf13 PUTIN AND THE APOCALYPSE: RUSSIA’S MYSTERIOUS ..."
Browse Our Archives
Related posts from Mystic Post 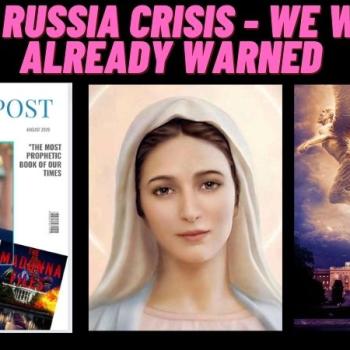 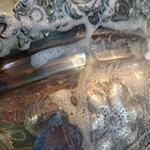