Crisis Magazine’s hack piece on Medjugorje mocks young Catholics – Reporter fails to mention the Vatican’s conclusions of their five-year investigation into the events.

I don’t really want to spend a lot of time responding to yet another shallow hit piece against Medjugorje by an uninformed reporter freelancing for established Catholic Media but I will make a short comment on Crisis Magazine’s latest article about Medjugorje. 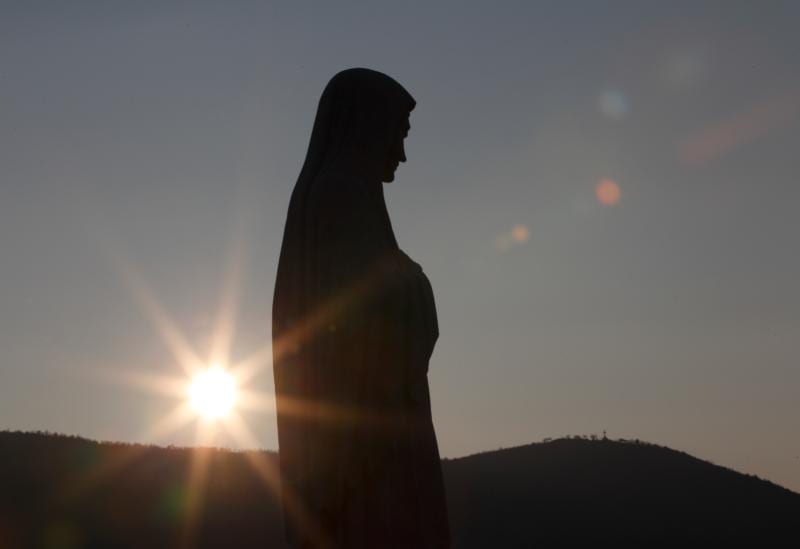 On August 30, 2019 Crisis Magazine published an article by Ms. Jane Stannus titled: “Will Rome Fall for the Medjugorje Hoax.” read it here:

I will not take on Ms. Stannus’ criticisms point by point. Her entire article is cobbled together from old nuggets of anti-Medjugorje information that have been floating around the internet for decades. She has nothing new to report.

But what has motivated me to comment on her article is that I was dumbfounded to discover the author completely ignores the Vatican’s five-year investigation into Medjugorje. The author does write: “a commission was appointed by Benedict XVI to study the apparitions, but the Vatican has yet to issue a formal judgment.” But this is a totally misleading statement. The Vatican has, in fact, taken unprecedented and historic actions based on the conclusions reached by the investigation into Medjugorje. Ms. Stannus ignores this important fact. The Vatican’s own Papal Envoy to Medjugorje, Archbishop Hoser, had this to say about Medjugorje after the investigation was concluded: “You can say to the whole world that there is a light with Medjugorje and We need these spots of light in the world that is going down to darkness.”

The findings of the investigation are precisely why the Vatican has dramatically changed course on Medjugorje.

The Vatican’s investigative committee was made up of seventeen world-class experts, including bishops, Cardinals, and theologians who were all tasked, first and foremost, with determining if “fraud” was at the root of the Medjugorje phenomena.

Back in August of 2017, The Catholic Herald wrote a detailed article about the conclusions the team of experts had reached regarding Medjugorje’s “authenticity”. They write: The first Medjugorje apparitions ‘were real’, Vatican commission reportedly found. ..The commission established by Pope Benedict XVI to study the alleged apparitions of Mary at Medjugorje, Bosnia-Herzegovina, reportedly voted overwhelmingly to recognise as supernatural the first seven appearances of Mary in 1981.

Of course, Ms. Stannus knows all this. In her bio, she says she has written for the Catholic Herald. She is most certainly aware of the Vatican’s investigation, yet she not only ignores their work but goes on to ridicule Rome by sharing her worry that the Vatican may have fallen for an elaborate “Hoax”.

The Crisis Magazine author has, for some reason, decided that her investigation into Medjugorje (using the powerful tools of the internet) is superior to the seventeen experts who, for five years, took their work seriously and who actually interviewed the “visionaries”. Pope Francis had this to say about the investigation: “I received the results; the commission was composed of good theologians, bishops and cardinals. The committee report is very, very good.”

The Madonna Files: To know what America’s future holds, know what the past has already revealed. Available on Amazon

What is really depressing about the shallow hit piece is, just days ago, 80,000 young Catholics gathered in Medjugorje to pray the rosary and sing Ave Maria as Vatican officials joyfully participated, side-by-side, in the youth festival for the first time in history.

Also Read  Medjugorje: “Whoever has the Spirit of God sees the signs of these times with ease and realizes that the world is now in the hands of satan…”

As America’s youth leave the Church in record numbers, Crisis Magazine has decided to look down on these wonderful Catholics, who see Our Lady as the hope of the world, and they mock them as dupes and suckers. If these 80,000 young people, on fire with the Catholic faith, are not worthy of respect from Catholic media who indeed do they think will be showing up on Sunday to fill the pews.

Hopefully, Crisis Magazine can publish a more balanced article about Medjugorje soon. Perhaps they can start with an interview with Father Leon, Medjugorje’s Chaplain to English speaking pilgrims.

In the meantime, I hope Ms. Stannus or some folks at Crisis Magazine can find some time to look at this short video of the Medjugorje Youth Festival to better understand what they are attacking.

July 20, 2019
Medjugorje: Godmother Vicka in Rome for baptism issues warning: 'Today is a very, very difficult moment in the world. Our Lady is very worried."
Next Post

October 22, 2019 Signs of the Diablos - Is American becoming possessed? Our Lady at Medjugorje warns: “The devil prowls around us and sets traps. An invisible war rages all around us, Satan divides and confuses us."
Recent Comments
0 | Leave a Comment
Browse Our Archives
get the latest from
Mystic Post
Sign up for our newsletter
POPULAR AT PATHEOS More Voices
1