(I tweaked the cartoon because some misunderstood that I was accusing Furtick of worshipping the dollar, when in fact he’s pointing to the God of the dollar. A fine point but an important one.)

This is all over the news. Pastor Steven Furtick first came to our attention because he is buying a 1.7 million dollar home.

Frankly, I don’t care how much money pastors make or how much churches pay them.

I will also give Furtick the benefit of the doubt that he is not crooked, greedy, or ambitious. I suspect he has good intentions and is very sincere in what he believes and what he thinks he deserves. The same with his congregation. I have no doubt they are good people who mean well.

But I also believe that they have a worldview that needs examining. How compatible are their ideas of money and success with the teaching of Jesus? I’m not saying that Jesus’ teaching opposed money or success. But at what point does money start to betray itself and your message?

This to me is the most urgent problem: The way they are behaving seems consistent with an idea of authority, power, entitlement and privilege that allows for a lack of accountability, transparency, honesty and humility.

Furtick, his buddies and their churches are going to have to divulge their books if they want smart people to take them seriously. 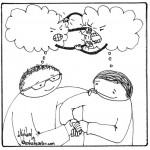 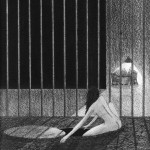 Should Christians Attend Same-Sex Weddings?
While our motive matters, so does the situation.
view all Progressive Christian blogs
What Are Your Thoughts?leave a comment
Copyright 2008-2021, Patheos. All rights reserved.