A Brief History of Ostara

Perhaps the most misunderstood holiday of the Neo-Pagan Wheel of the Year is Ostara.  Many Pagans would be surprised to learn that the popular notions of its history and imagery are based upon Nineteenth Century conjecture and the scantest of historical evidence.  This shouldn’t matter in terms of actual spiritual practice; just because something isn’t historical doesn’t preclude it from being the basis for meaningful spirituality.  But understanding the development of the holiday should matter, if only to dispel commonly-held misconceptions about its’ history.

The history of the modern Ostara is a knotty one.  Its roots stretch back into the distant Proto-Indo-European past, while its practice has been influenced by the Christian Easter, Jacob Grimm, and the Neo-Pagan movement of the mid-Twentieth Century.  But before we can begin examining its’ origins and development, we must mention the beliefs commonly held about Ostara.  The most prevalent is that Ostara is named after Eostre, an Anglo-Saxon goddess of the dawn, and that she may have been a variant of Ishtar or Astarte [4]. Another popular claim is that the Easter bunny and the Easter egg are re-appropriated Pagan symbols of fertility associated with Eostre and Her holiday, and that they can trace their roots back to Ishtar. Still another holds that the Easter bunny is derived from a lunar hare seen in both far- and near-Eastern mythologies [4]. Following this view, the modern Ostara seeks to honor Eostre and the arrival of Spring by celebrating the fertility now showing itself in the land around us, often appropriating the “bunny and egg” imagery used by the modern western Easter.

The problem with this interpretation is that much of it is historically unfounded.  So what, then, do we know about historical Ostara and Spring Equinox traditions?  Where did our popular ideas about Ostara come from?  And how did we come to develop them into the holiday that is familiar to so many Pagans today?

There is no doubt that the Spring Equinox held significance amongst a number of ancient Indo-European and near-Eastern religions, with the Romans, Persians, and Babylonians all beginning their calendar years around that time [1][5][6]. The Salii, an order of priests dedicated to Mars, would hold public festivals on March 1 in ancient Rome [9]. In Babylonia, this was the time for the Akitu, a spring festival centered on the imprisonment then escape of the God Marduk and His subsequent marriage to the Earth Goddess Ishtar [7][8],

Arriving at “Bet Akitu”, god Marduk begins to celebrate with both the upper and nether world gods (the statues of gods were arranged around a huge table such as in a feast) then Marduk returns to the city at night celebrating his marriage to goddess “Ishtar” where earth and heaven are united, and as the gods unite so is this union arranged on earth. Thus the king personifies this union by playing the role of marrying the highest priestess of the Esagila where they would both sit at the throne before the population and they recite special poems for the occasion. This love is going to bring forth life in spring. [7] 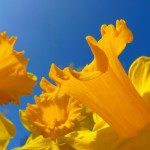