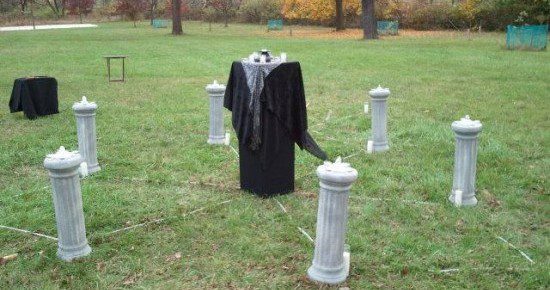 This week has been a week of Death, though not my own. I’ve participated in End of Life discussions with patients and their families, and sometimes with the families alone. I’ve sat or stood with family members during Dying processes that were peaceful, intentional, accepted, and chosen, like the ending of a favorite story; I’ve also sat with family members after a Death that was sudden, unanticipated, leaving a sense of interrupted promise.

As a hospital chaplain, my job is to be present with patients and families where they are:

Inside myself, I am touched. My eyes often fill with tears. At the same time, at least when I can deepen my awareness, I’m calmly recognizing that all things die and in Death all things return to the Ground of Being (whatever that is). It’s hard for families, and for patients sometimes. Sometimes it’s hard for the chaplain, too.

So where is the work for a UU-Pagan?

From the UU tradition, I can be comfortable with a wide-enough variety of prayerful language and the assumptions (conscious or hidden) that it carries. Is God singular or plural? Male or Female or Some Other Gender or No Gender At All? Is God ‘up above’ or ‘under all’ or ‘in everything’? Is God to be ‘feared’ or ‘praised’ or ‘blessed’ – or all of these and more?

In my own Paganism I am often listening to a more Elemental language. Where is Air in this? Where is Water? Where is Earth? Where is Fire?

Is this a moment when logic and proportion are ruling? Or should we all be listening to our emotions, following our intuition? Is this a moment for honoring the truths hidden in our bodies and their connections to the Earth – dust to dust, after all? Or should we be embracing our passionate desire for this human to still live, our passionate and desperate longing for this Beloved to not go away?

What Circle holds the Working taking place before me?

Is this a time to close the door, perhaps to keep out the possible intruder who doesn’t know what’s happening and might be shocked, or maybe to keep in the sounds of grieving? Is this a time to open the door, to welcome family members arriving from all over even though the highway is clogged with cars, or by chance to allow our song to soothe the patients in other rooms?

As I try to stay open to these questions, I am led more by intuition than by calculation, more by experience and training than by thinking. Occasionally I feel Kwan Yin at my shoulder, or recognize the Boatman Charon waiting on the shore of the Styx.

I often smile and say I’m wanting a more powerful magic wand – to eliminate cancer, for example – allowing my listener to think I’m kidding. Meanwhile in my heart (or maybe I mean, on the Astral Plane) I am waving the realest Magic Wand I have, asking the Powers that Be for a little more mercy here.

Lately I’ve been hearing a wash of words. As each grieving family member starts a different sentence, the same words echo from the conversation of the family before this.

It’s hard for humans, this business of loving deeply over a lifetime and then having to let go of the Beloved, just because this body is wearing out or has been damaged beyond survival.

People ask The Almighty for a few more weeks, days, hours, minutes. Some pray to Merciful God or Beloved Goddess or Jesus or Shiva or Vishnu or Hecate. Others ask what they have done to deserve “this” – this kind of death instead of a different one, or to lose a parent at this age instead of later. They ask how they can correct the mistake, earn God’s forgiveness and – this is the thing people really imagine they want – have God take it back, allow a miracle to restore life to the patient in the bed.

In the case of the very old or the very injured, it seems to me, when the family asks for a miracle they’ve often forgotten that if the patient survived and “got better” after this catastrophe, the patient would still much changed. By age and frailty and exhaustion, perhaps, or maybe by scars and lost function. Different people are able to accept different amounts of deficit, but there comes an end to every lifetime. There is no shame in recognizing what the Native Americans call a Good Day to Die. Or that moment when an elder says, ‘enough is enough.’

The Witch stands by the fireplace and looks into the eyes of the dragon pictured on the wall. She listens closely to the music being crafted beside her. She thinks of the Dead, and the Living who walked with them to the gates of the next life, and how today we had to let them go through alone.

The Witch reminds me to be grateful for this life I am living, for the pleasures I have enjoyed and the challenges I have met. She reminds me that the power to receive my next breath is always there, until it is gone.