I’m tired of the explanations that talk about mental illness, wild oats, ignorance, religion, video games, social isolation, lone wolf, terrorism, extremism, or ‘that’s the way it is’. Some of those answers may be part of the whole, but maybe there is more.

Being a man in America today can be challenging. Standards of masculinity say “Don’t Cry”, “Don’t express emotions”, “survive without comforting touch”, “look like David Beckham”, “be in charge”, “don’t act gay” and “always win.” It’s no surprise some men are broken by these pressures. The miracle is that most men hold it together. Those who were not raised to be men are witnesses. There’s the father in the Hallmark cards. And then there’s the father each of us actually had, (or didn’t have.)

The Pulse shooter (Mateen) was the father of a 2-year-old. He was a regular at Pulse and used gay dating sites but his father taught him that being gay was bad. Mateen’s wife was battered and needed her parents help to escape her home.

Amanda Marcotte defines toxic masculinity this way: “So, to be excruciatingly clear, toxic masculinity is a specific model of manhood, geared towards dominance and control. It’s a manhood that views women and LGBT people as inferior, sees sex as an act not of affection but domination, and which valorizes violence as the way to prove one’s self to the world.”

As parents, we can be a part of creating that pain. This YouTube from the Representation Project tells us that the three most damaging words you can tell your son are “Be A Man.”

Not everyone has or had a loving, available, live-in, dad, but we all need people to guide us, to show us  courage and strength, to help us overcome obstacles. We all need fathering. And we need men, whether or not they are our fathers, to model for us how men can care, teach, and support. Men can be vulnerable, weak, tender.

Chuck Norris, Rambo, Arnold Schwarzenegger, Batman, Sparta’s King Leonidas, the heroes of Assassins Creed and Black Ops, Thor, Herne, God the Lawgiver and Judge, Ares… I cringe to imagine any of these men as fathers.

We need images of the divine masculine to model for us how men can break free of toxic masculinity. The Rebbe Jesus comes to mind. The Green God. Buddha. The Dalai Lama. Mr. Rogers. Pope Francis. Nelson Mandela…

As my family was helping me think up names we had no trouble with “ammosexual” images. When we tried to think up gentle men, we slowed way down. It is pretty obvious which type of man gets press in our culture.

We also need to be reminded that we are lovable even though we are imperfect. We, as individuals and as a community have failed men, holding them to impossible, conflicting standards. I’m not letting the Pagan and Earth-Relating communities off the hook here. Take a look at our rituals, our art, our language. We are not immune from the idea of toxic masculinity. But we also do have the gifts of old Gods and green Gods and a tradition of diversity to help us lift up a different picture of masculinity.

What rites, rituals, images of the divine, stories, milestones… What ingredients for this change do Earth-Relating people have to offer? Let us name them, and then put them into action!

If you are attending GA, or are in the Columbus OH area, please join CUUPS at the Summer Solstice Ritual, Noon, Saturday, at Sensenbrenner park! We will be weaving a new world. We will be knitting our diverse strength together to make the world more whole. 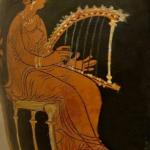 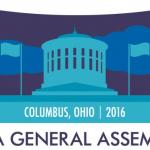 June 21, 2016 General Assembly Programming of Interest to Pagans
Recent Comments
0 | Leave a Comment
Browse Our Archives
get the latest from
Nature's Sacred Journey
Sign up for our newsletter
POPULAR AT PATHEOS Pagan
1

31 Things To Do Between Now...
Witch, Indeed
Related posts from Nature's Sacred Journey