Bringing the Witch back to D&D

I played Dungeons and Dragons in the 80’s. I still have the books, emblazoned with their garish fantasy art, and the copy of the Dragon Magazine article “The Witch.” I developed a character (Katalene Silventhora was her name) whose profession (called “class” in the game) was Witch. I used her for several years of gaming and she progressed several levels. I had forgotten about her, and my high-school obsession with all things relating to witches, but my son has recently gotten interested in D&D and we’ve started playing occasionally as a family (version 5). So I went looking for the instructions for playing a witch. There are none! They have, however, added the profession “Warlock” in the official rules.

Much has changed since the 80’s. We now understand that witches were not part of an organized witch cult in Europe that was persecuted by the Catholic church. (In fact, the places where the church was most stable experienced the fewest witch-burnings.) We also know that “Warlock” is not a name for a male witch, but instead means “oath-breaker” and is an epithet that no-one has reclaimed. The image of the witch has also changed, at least among those of us who have used that name to refer to ourselves. A witch is not the powerful seductress, sooth-sayer of Macbeth, evil hag of Disney nor hapless village girl of ‘The Crucible’.

I tried to work up anger or frustration about the use of the word Warlock in the official handbooks for the current Dungeons and Dragons, but then thought to myself: perhaps the word HAS been reclaimed and re-defined among that community. Perhaps there are more important things to worry about. I did feel the need to note my dislike of this use of the word, however.

The Dungeons and Dragons world has been a place to play and experiment with issues of identity and morality. I remember in high school D&D was useful for me to try on ways of being and see if they fit who I wanted to be. I remember playing an oafish, unselfconscious half-orc fighter and discovering that I contributed more to the group when I spent less time worrying about making mistakes (and laughed at the errors I made.) I also remember playing a character who was supposed to be aligned with “good” and worshiped a “good” deity. I had the character run away from a fight instead of rushing in to help some innocents who were getting harmed and my game master told me that my deity was not pleased and exacted a payment from my character. That demonstrated to me that if I wanted to consider myself a good person, I needed to act like one even when it was hard.

These days, D&D is an opportunity to spend time together as a family, without our computers and cell phones. It is still a wonderful opportunity to experiment with identity, morality and mutual cooperation, and to exercise our mythic imaginations.

And now, I’m working on building a new character class: the witch. I’m having fun thinking about what I can bring to D&D from my Paganism. I guess I’m giving back to something that gave to me many years ago.

And it is giving back to me. I need the skills that D&D develops. In this time when the news is full of the election, injustice, and the effects of climate-change we need to exercise our imaginations. We need to practice collaborating with a variety of people, and we need to consider which deities we will choose to serve. 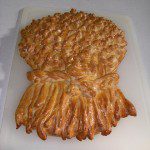 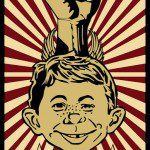