“What would happen if the government collapsed?” my oldest stepdaughter asked.

Her siblings all sat quietly, listening intently to the more-grown-up-than-usual conversation, and her voice carried a weight of anxiety in the silence.

“This is going to be one of those Princess Bride moments,” I told her. “I’m going to let you know that the giant screeching eels don’t eat you. I’m telling you now because you look nervous.”

“Okay…” She laughed uncertainly. Over the past few months, we’d been talking a lot during our dinner conversations about the #BlackLivesMatter and Standing Rock protests, and why people were angry, and what might happen during the up-coming election and what the consequences might be.

We’re not exactly conspiracy theorists in our household, but we do tend to take the long, cynical view of history and the kids know the rise and fall of empires is about as inevitable as the turning seasons of the year that we celebrate through ritual and storytelling. These are kids who’ve been through a divorce and more than a couple big moves, who’ve left friends behind and changed schools…. They’re kids who know firsthand that nothing lasts forever.

“Okay,” I said. “So, if the government ever collapsed, your job would be to be a good person, to have hope and work hard and do your best to help make the world a better place. To love others and believe the best of people and do what you can to make your community safe and happy, to support and help those who are vulnerable and strive to always be kind, compassionate and fair. All right? That’s your job now, and that will always be your job, whether or not there’s a government. It might get a little harder, or it might get easier. But the really basic truths of life don’t change.”

At which point there followed a half-hour impromptu lesson about the Cold War and the rise and fall of the Soviet Union, how even as recently as when I was born everyone thought that the war would go on forever and that nuclear annihilation was just around the corner… and then one day, it all just kind of started to dissolve. And life continued. And for people on the ground, ordinary folks who don’t have a lot of political clout or financial power, the basic truths of life remained the same: have hope, work hard, strive for justice, cultivate compassion, love each other.

Part of me is still that eager, angry, old-before-her-time young person who balks at the ignorance and herd mentality of so many others, especially those in power. Who thinks that political relevance must be earned through a hard eye and a cynical sneer, a rough edge always ready to rub raw against the injustices of the world and wear them all away.

But more and more, there is another part of me waking to the world — a gentler person, who sees that justice and kindness are not coarse stones that we must polish through constant friction, but more like the clay we mold patiently with warm, wet hands. 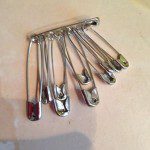 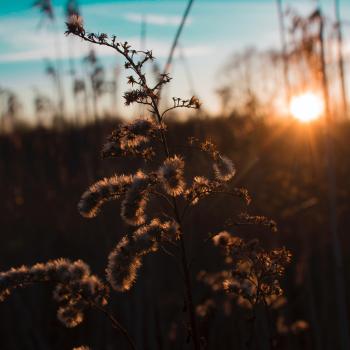