Last month, I wrote you to all on the eve of the US presidential election, not knowing what the future held. And while the Electoral College still has not voted, the news coming out of Trump’s transition team is devastating for those of us who make caring for the earth and our environment one of our religious duties and a source of spiritual practice and renewal.

It comes as no surprise that the presidential candidate who claims that climate change is a hoax perpetuated by China would seek to undermine the purpose of the EPA (Environmental Protection Agency), and he has lived up to his destructive reputation. To lead the EPA transition team, Trump has picked Myron Ebell, a staunch climate change denier.

While temperatures rise and storms of snow, water, and dust wreak havoc on our populations; while droughts lead to famine and civil unrest that cause rebellions and wars; while the only planet upon which can live, the planet from which were we born, wails in pain and anger, this man claims that the consensus of the scientific community is merely alarmist.

There are so many things to resist in the wake of this election, things that affect the entire world, and not just the U.S.A. Our shared values as Unitarian Universalists are under attack, and people are going to die — from police brutality, from lack of medical care, from hate crimes perpetuated by empowered bigotry. But as UUs who also identify strongly with Earth-centered traditions, we must also include resistance to the destruction of our climate and the pollution of our surroundings.

Call your local, state, and federal representatives. Call your state electors — they don’t vote until December 19th. We must resist, and we must resist now. Our very existence on this planet demands it of us. 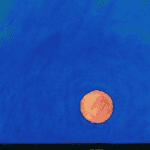 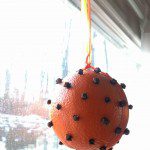 December 16, 2016 Yule: Standing up Against the Darkness
Recent Comments
0 | Leave a Comment
"Indeed. With all those letters in front ..ugh on typos."
Janet France The Mystic Pagan: Samhain
"*veil*"
Conney Freese-Posthuma The Mystic Pagan: Samhain
"This is a beautiful poem and timely article Nan. Thank you for continuing to encourage ..."
Pat Dillow We are warriors for Mother Earth
"Prometheus was a fun characters from the old Greeks. He was one of the few ..."
David Brevik Prometheus, Part One
Browse Our Archives
get the latest from
Nature's Sacred Journey
Sign up for our newsletter
POPULAR AT PATHEOS Pagan
1