On Bullying and Hatred

Tonight I want a kinder, gentler nation. I also want a country in which we can all feel safe from random attack – whether with physical violence or hurtful words. But I’m noticing something odd: we seem to put our bodies, wallets, time and energy to work only when we feel threatened.

On every side of the big issues these days, I know at least one or two people who have donated or marched in support of some cause that they have considered dear, but have never actually worked for before. It’s as if they never felt they needed to be personally involved until the situation seemed desperate.

I have a lot of judgment about that, probably because I’ve done the same thing. In the past few months I’ve made several financial contributions to good causes whose previous solicitations have mostly gone into the trash, unopened. Why is that?

Is it because I’m usually happy to let ‘someone else’ take care of things? Is it because I’ve been lazy about supporting what’s important? Because my energy is fragmented? Because I’m too busy raising children, earning a living, serving my constituents, (fill in the blank) to send a few dollars until it seems like the sky is falling?

Is it because it’s easier to hate than to love?

What does that say about us as people?

I live with a four-year-old feline who usually will put up with the occasional headrub as long as the litterbox is empty and the food dish is full. But last night I got home after a week away, and today she has been on my lap maybe ten times, wanting ear-scratches and even tummyrubs. Does this mean she only loves my attention when she is feeling deprived of it? What does that say about our relationship, or about relationships in general?

Noticing my own internal landscape, I see that I am much more inclined to sharp speech when someone has spoken harshly to me first. Often a whole conversation can go right off the rails because one of us has hurt the feelings of the other. How does that serve us? Why do we hurt each other: does each of us think the other did it first, and that we’re just ‘hitting back’?

Watching the toxic political rhetoric of recent weeks, I notice that some of the people I agree with are making fun of the opposition – in pretty much the same tone that I object to when it comes from the other side. I was watching some youtube clips the other day and realized that what goes on at a ‘celebrity roast’ sounds an awful lot like the bullying I experienced on the playground. I wonder if it feels like that to the roast victim?

What about when the victim didn’t agree to be roasted?
Over the years I’ve seen, and laughed along with, a lot of video of one person making fun of another from a podium or stage – at the White House Correspondents’ Dinner, or Saturday Night Live, or the entire Comedy Channel. Lately I find myself wondering how it feels to be on the receiving end of all that ridicule. Does it really just roll off people’s backs? Do they just shrug it off? Do they find themselves feeling crushed, or defensive? Does it make them aggressively need to get even?

And I wonder, too, why it is that so many of us (me, included) think it’s somehow okay to bully people with whom we have strong disagreement, or people we feel have bullied us. Do we imagine that they won’t care? Do we not care about their feelings? Do we imagine that our meanness to them will have no consequences?

I’m not saying this very well, I think. But I’m starting to wonder if we – me, I mean, in all the various groups that include me – haven’t in some ways created whatever current situation we deplore, specifically by being too willing to ridicule ideas we disagree with, and especially to ridicule the people who hold those ideas.

When I was growing up in the 1950s, TV comedians joked about people of other races, languages, cultures, or abilities than their own – and chiefly made those jokes in front of audiences much like themselves. If somebody watching was offended, well, they could turn off the set. (They didn’t walk out; mostly, they weren’t in those live audiences to begin with. We were that segregated by color, language, ethnicity, and class).

Nowadays Comedy Central is much more likely to feature people joking about groups they are members of, which cuts down on the sting. But not always. In politics we still think it’s okay to go after opponents. But then, supporters get angry when their candidate is too harshly ridiculed. Why do we ignore that?

We’ve also seen people ridicule one another in one setting, and then treat each other cordially in another. I know how that feels when it’s in person, in a group where we all know one another well; it can feel false, two-faced, insincere – or it can feel like ‘we all rag each other equally so it’s okay.’ What does it mean when it happens in national politics? What does it mean, for the nation, when people can call each other out as ridiculous and then try to present a united front and get on with governance? Should we believe that everyone is playing the same game? Should we believe that people of good will might be deeply damaged by that game, and perhaps their future judgment affected? 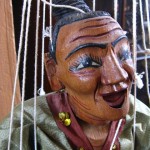 January 24, 2017
The Stoic Method of Marcus Aurelius
Next Post 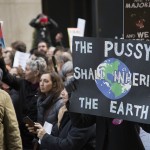 January 30, 2017 This Is No Time For Cyclic Thinking
Recent Comments
7 Comments | Leave a Comment
"Indeed. With all those letters in front ..ugh on typos."
Janet France The Mystic Pagan: Samhain
"*veil*"
Conney Freese-Posthuma The Mystic Pagan: Samhain
"This is a beautiful poem and timely article Nan. Thank you for continuing to encourage ..."
Pat Dillow We are warriors for Mother Earth
"Prometheus was a fun characters from the old Greeks. He was one of the few ..."
David Brevik Prometheus, Part One
Browse Our Archives
get the latest from
Nature's Sacred Journey
Sign up for our newsletter
POPULAR AT PATHEOS Pagan
1

Making It Through The Rest of...
John Beckett
Related posts from Nature's Sacred Journey