At Home on Patheos, Where Interfaith is the Secret Sauce

At Home on Patheos, Where Interfaith is the Secret Sauce March 1, 2017 David Pollard

[“Edited to remove discussion on why some of Patheos’s Pagan authors responded differently to the recent contract changes when compared to the other faith communities at Patheos.”]

Back in the day, before there was an internet, if you wanted to write short opinion articles about Paganism, there was the Green Egg magazine letters column. It was difficult to maintain much of conversation going though in a quarterly magazine – then it went on hiatus for many years. Then, on Usenet – the text-only precursor to the modern day internet had alt.pagan, and later soc.religion.paganism and there were (scattered among the dross) some really great writers. Then, the web happened and there was the WitchVox, and the personal website purgatory of bad graphics known as GeoCities which had whole neighborhoods of Pagans. Then up to the present day, there is PaganSpace.com which is the blogging arm of Witches & Pagans magazine. The thing is, these were not Interfaith sites – they were/are all Pagans talking to other Pagans about Paganism and Pagan culture. Sometimes nicely, sometimes not so nice.

The idea of Pagans actively participating in the interfaith movement didn’t really get started until the 1993 Parliament of World Religions in Chicago. Which featured a small but enthusiastic contingent of (mostly American) Pagans, actively engaging with others of different faiths in an atmosphere of civility and mutual respect (except for when the Orthodox Christians staged a walk out.) A few years later Chas Clifton and some friends helped organize the Pagan Studies section within the American Academy of Religion. In 2001, Gus diZerega came out with Pagans & Christians: The Personal Spiritual Experience which brought a direct, personal approach to interifaith experience.

Then, there was Belief-Net (see we’re getting back to the topic at hand.) At first it was a very promising start. They had a Pagan Section that featured Starhawk and Margot Adler. Then Rupert Murdoch bought the site in 2007 and Starhawk and Margot were gone as the site took a decided more Christian-centric focus, and less interest in involvement with minority religions. But, at least for the first few years, it did provide a test case that a truly broadbased multi-faith could work, especially if your authors didn’t spend their time attacking other religions.

Now we have Patheos, where we’ve had three really successful Pagan Channel editors Star Foster, Christine Kraemer and now Jason Mankey. In fact at times they done such a great job at building a sense of community here that I almost wonder if they’ve done it too well. Its easy to get ensconced in the blogs here and totally forget that this is “just” a channel and not it’s own intra-faith website – which at times hurts the discussions here. An example of this is back in 2015 there was heavy discussion about the role of Atheism within Paganism, and whether non-theists were really Pagan. It would have really added great perspecive to the conversation if we had brought up that there are Atheist schools of thought within Hinduism that have been happily chugging along for 2,500 years.

A History of Interfaith Engagement

It’s this whole interfaith angle that makes Patheos and this blog so important to us.

“Encouraging Interfaith dialogue” was one of the lines in CUUPS original Statement of Purpose, and has been something Unitarians have been involved in since the Druid and author of the Gorsedd Prayer, Iolo Morganwg help found a Unitarian chapel in South Wales in 1807. It was his influence that put into the charter that the new congregation would be non-creedal – decades

before anyone in the America’s would consider this. Then, remember the Parliament of World Religions? The very first one in 1893 was organized by a Unitarian minister, Jenkins Lloyd Jones.

However, in these various historic interfaith efforts, there always been this problem. It doesn’t include everyone. You have conservative Christians or you have Unitarian Universalists, you generally don’t have both. So we’re at the IARF (International Association for Religious Freedom) but conservative Christians are not. They are at the National Council of Churches, but they reject UU applications for membership. One, not insignificant exception to this experience is right before you: Patheos. Here, not only did they let us in, but they putting the money up for it as well!

Yes, those of us staying have deep and profound differences and disagreements with the organizations that the Patheos’s new conservative Christian investors support. But that is not a reason for disengagement, but rather highlights the importance of the opportunity of dialogue we are afforded here. This is our shining opportunity to subvert those funders. To use their own investment in Patheos to battle back agains those who would force their sexual orientation on others, who would destroy the legal right of women to make their own medical decisions, and use the arms of government to enforce the religious biases of their own particular creeds. 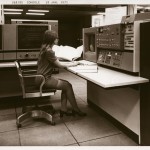 March 6, 2017 Agni
Recent Comments
4 Comments | Leave a Comment
"I love this! I've been in such a funk lately, feeling off-kilter. Thank you."
Keri Strahler The Yule Tree ~ A Holiday ..."
"Planning for Yule 2021. This helps"
Wisdom Seeker Wheel of the Year: Yule
"Thank you to share about your thoughts.It just happened today many of the old covenant ..."
Herrnhut The three aspects of Samhain – ..."
"I'm glad I'm not the only one who experiences a summer slump. I used to ..."
Hannah The Autumn Awakening ~ Returning to ..."
Browse Our Archives
get the latest updates from
Nature's Sacred Journey
and the Patheos
Pagan
Channel
POPULAR AT PATHEOS Pagan
1