How To Use A Myth

Where indeed was the theological reflection? After all, I am supposed to be a minister!

My supervisor looked at me with concern- it seemed I had fallen short this time. It was probably half way through my nine-month residency in chaplaincy at a mid-sized hospital. Clinical Pastoral Education, the standard method of training in chaplaincy, requires amongst other tools the use of written verbatims- remembered accounts of patient encounters accompanied by analysis. These verbatims are presented to your CPE cohort- a small group of fellow student chaplains who are journeying with you; the goal is to prod and poke your pastoral interventions and, to some extent, your stumbling blocks. And my verbatim of this encounter had contained no stories or theology to speak of. Was theological reflection a stumbling block?!

Meeting with people in crisis, whether that occur in a congregation or in a hospital, is a process of meaning-making. How do you make meaning of this disruption? What myths, stories, beliefs, and assumptions are you using in that meaning making? Where does your unique fear met universal human conditions? By engaging in the process of holding a mirror to an individual, we help them find them completeness during disruption and fear.

“So, you felt like you did not know which family member needed your help. What did this remind you of?”

When she spoke, I Immediately thought about the ICU (Intensive Care Unit) waiting room. It’s one of those waiting rooms in the hospital where large families and groups of friends typically gather for long-periods of time or even overnight- not just because their loved ones are in the most intensive and precarious state of health, but also because the nature of the care means that people can see their family members and friends only in small groups and for short periods of time.

As I was crossing through the ICU during my weekend on-call shift, I observed groups of people. A typical group would always be together, and yet apart at the same time. In one family, for example, children were watching tv, two adult siblings were engaged in an animated conversation, a third adult looked at their phone distractedly, and an older spouse looked lost and sad. I thought of the four elements- the typical building blocks of a Wiccan circle. The sibling on the phone was distracting themselves through communication- the air aspect. The adults were engaging around their emotions, passionately- the fire aspect. The spouse was in a state of emotional reflection- a state of being “governed” by water in my book. Without knowing it, I had developed the four-elements spiritual assessment tool. It helped me think about ways that I, as the chaplain, needed to reach each person. Although this tool might easily become a distraction if I let it, it provided me with a framework for understanding and calibrating my responses, of knowing what interventions might be applied, when to just listen, what to speak, what to offer, and when to offer it. The raw materials of emotion, anxiety, and fear is always present in people undergoing a transformation not of their own making; an alchemy in which I was the catalyst and the calibrator, but not the key ingredient.

After I thought about and developed my “four elements assessment tool” – as my supervisor dubbed it, I felt more free and creative in my spiritual assessments. I could use the Bible, I could use experiences and stories of Unitarian Universalists, I could use a host of resources.

Every day, I had entered conversations with people whose theological center was different from mine. I had to, as one colleague put it, “meet people in their language but never deploy my own.” Of course, this is a given in chaplaincy. The point is to learn how to de-center yourself, but still paradoxically use yourself and your compassion, to reflect back the experiences of others. But it left me feeling drained at times. I love language, I love teaching and reaching people through worship; how much more joy it gave me when I could engage in the process of spiritual reflection with people who shared my spirituality? How could I inspire?

I had grown used to the careful construction of sermons in seminary, to the linkage of my metaphysical orientation and curiosity with the very different realities of social justice. I had found parallels, sometimes in ways that were successful to others, sometimes not, in my own deeply held and felt faith, in the ways that I was oriented towards the divine.

But I almost always thought of my theological language as something “planned” “deployed” and “well-supported”. When I light the chalice in a worship service, or explain John Murray and the founding of Universalism, I convey in through action and speech a feeling of reverence towards people who are likely to share my reverence because we are Unitarian Universalists. Likewise, when I experience the transcendent power of dancing under a full moon in a city park, I had no words to explain their meaning; but we know what we felt. These are practices lived in common. They are often planned, and they are communal, as opposed to just particular.

This meaning-making is not a practice for religious professionals alone. Everyone faces crisis- and even if the reflecting comes not in the heat of the moment but later, even if we do call upon a trained chaplain to help- we need our myths and our beliefs to help us.

So what myths spring to your mind? What tools are a balm? What are the touchstones we use in a crisis?

I could use the Greek Myth of the river Lethe- the river of forgetfulness- to explain what I heard when one family member was counseling the others who had just suffered an unexpected loss. I could use the anger of Macha cursing the men of Ulster to understand the women’s march on Washington in January. I could use the wily behavior of Brigid- the saint-goddess of the Celtic tradition, to understand why crafting is healing for me. The stories that fascinate and compel us- whether we know or find them in our culture, tradition, family background, or any place- can act as a salve, binding lived experience to the universal. They can also act as a contrast; we discover, as well, who we are not when we reject what does not help us.

This process of self-discovery is open to all. It is not a process for the pews alone or for the circle- it is a process of life and living itself. Many of us are lucky to be able to find the time and the resources to cultivate meaning before we have a health or other crisis, but often, we find our most reliable tools in difficult spaces.

So how are you going to use a myth today? What have you internalized, and what will you, weeks or days after a crisis, think of as the story, the framework, or the idea that helped you the most? May whole self be blessed by it, even when it hurts. 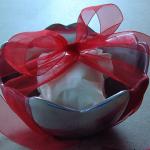 August 14, 2017 Leadership Changes at CUUPS
Recent Comments
0 | Leave a Comment
"Indeed. With all those letters in front ..ugh on typos."
Janet France The Mystic Pagan: Samhain
"*veil*"
Conney Freese-Posthuma The Mystic Pagan: Samhain
"This is a beautiful poem and timely article Nan. Thank you for continuing to encourage ..."
Pat Dillow We are warriors for Mother Earth
"Prometheus was a fun characters from the old Greeks. He was one of the few ..."
David Brevik Prometheus, Part One
Browse Our Archives
get the latest from
Nature's Sacred Journey
Sign up for our newsletter
POPULAR AT PATHEOS Pagan
1

Celebrating the Dead, Decay and Letting...
Charged by the Goddess
Related posts from Nature's Sacred Journey