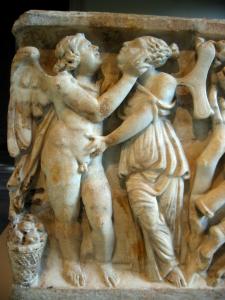 I spent last weekend with Psyche and Eros: hearing their story from Greek mythology; exploring the challenges, promises, jealousies and angers among the characters; ritually re-enacting the story before choruses of men and women, all under the guidance of Dolores Ashcroft-Nowicki (pronounced ‘no-VEE-ski’), head of the Servants of the Light, an international non-denominational mystery school.

As always when I’m with Dolores, the learning takes place on several levels – cognitive, of course, but also energetic, spiritual, emotional, and sometimes even visceral.

Greek drama seems far afield from UU-Paganism, but Psyche and Eros have much to teach for our current situation.

When should we listen to advice from family, and when discard it? How much can we trust those we truly love – and how do we know when not to trust them? What can we mortals do when the Gods are fighting and we ourselves have become the battlefield? How can we continue to love when our beloved has betrayed us? When is it right to break a promise, even to our beloved? What if it is only by breaking a promise that we can become who we truly are?

Over and over, throughout the weekend, we found new ways to consider these questions. Over and over we found ourselves talking about love – true love, filial love, parental love, “I-only-want-what’s-best-for-you” love. Over and over, we spoke of the power of Love in all things.

Monday I returned home to the ongoing conversations about white privilege in the UUA and in our own congregation. I came back to the question of whether it is accurate to call it ‘white supremacy’ or whether that is somehow an insult to the hard-working, well-meaning white UUs who have worked tirelessly for decades in the cause of civil rights. Some folks who are pillars of our community are objecting to the term, even though it can be readily demonstrated at denomination, regional and local levels that people who are white, and male, and ordained are just a little more likely than anyone else to be offered powerful jobs with rational salaries, among many other things.

As a middle-class white woman with a grad-school degree, I’ve been doing a lot of homework on this topic. For several years I have been preferentially reading authors who were not part of the canon when I was in school. Black writers, foreign-language writers (in translation), writers with physical disabilities, writers who are neuro-diverse, Vietnamese immigrants writing in English. Women writers in most of those categories. Non-hetero writers. Non-cis writers.

Mostly I’ve been reading essays, some history disguised as fiction, and memoir.

Everywhere I see the failure of language to honestly describe what is actually going on – by which I mean, everywhere I see people lying. Some without meaning to, because they’re voicing lies they have been told so often they believe them. But others lying in full knowledge that the truth they know would get them in trouble. Still others lying because the truth is so unpalatable they cannot let themselves know it.

I’ve been in that latter category, probably for decades, on the subject of racism.

For example, I thought that the Supreme Court’s 1954 decision in Brown vs Board of Education solved the problem of separate-but-equal schooling, so that all that remained was the messy process of implementing an integration plan. But throughout my schooling and the education of my kids, that isn’t what happened. And we still haven’t figured out how to give kids of all different skin colors the same quality education, though we’ve tried a bunch of ways.

For example, I believed our national politicians, back in the 1970s, when they spoke of the scourge of illegal drug use and the necessity of a ‘war on drugs.’ But then, sometime during the 1990s, John Ehrlichman acknowledged in an interview that the whole idea was to find a legal way to disrupt civil rights protesters and anti-war protesters. Draconian prohibitions, mandatory sentencing, the infamous ‘three strikes and you’re out’ laws (which allow a person to be jailed for life for the crime of jay-walking, if they’ve committed two prior offenses) – all of it aimed, not at creating a drug-free America, but consciously, explicitly (in private) aimed at disrupting the Black community and limiting civil disobedience.

This week I’m reading Richard Rothstein’s 2017 book The Color of Law, which catalogs the ways federal and state statutes were used to enhance and even to create segregation by skin color, even in places where Blacks and Whites had been living in integrated neighborhoods without conflict. Just now I’m reading how Woodrow Wilson hung curtains between clerical workers in federal departments so that whites would not see their black coworkers, how he caused ‘colored’ bathrooms to be built in the basements of federal office buildings.

Lots of anti-racism work turns on attempts to convert hate to love. But what if that’s not actually the root of racism?

“If the fundamental problem is ignorance and hate, then your solutions are going to be focused on education, and love and persuasion. But … the actual foundation of racism is not ignorance and hate, but self-interest, particularly economic and political and cultural.” – Ibram Kendi, author of Stamped from the Beginning, the Definitive History of Racist Ideas in America.

“Self-interest drives racist policies that benefit that self-interest. When the policies are challenged because they produce inequalities, racist ideas spring up to justify those policies. Hate flows freely from there.” – Lonnae O’Neal writing at theundefeated.com

“The Chamber of Commerce doesn’t say higher wages kills jobs because it is true; they say it because it works.” – Nick Hanauer in Politico, July 18, 2017

I always knew ‘separate but equal’ had worked out to be unequal, but I didn’t realize until recently that this was true outside the deep South. I’m ashamed of my obliviousness. I’m also ashamed that I thought it was ‘okay’ as long as it was ‘there’ and not ‘here.

But I’m not interested in shame or blame, exactly. I’m interested in responsibility. I didn’t create all of the history that brought us to where we are. But for the first 70 years of my life, I have benefited from almost all of that history (except for being female, but you can’t generally have everything). For about the first 65 years of my life I accepted all of my privilege as somewhere between ‘the luck of the draw’ and ‘my just due.’

But the more I read the work of people whose experience has not been entirely able-bodied, white, Anglo-speaking, Anglo-looking, college-educated with college-educated parents, male … the more I understand how much of our consensual reality has been explicitly constructed to keep those folks in power, and to create a diminishing hierarchy for the rest of us.

Lately I’m confronting the fact that most of the privilege I enjoy is unfair.

But the truth is also that: I still want to keep it.

Especially I want to keep my economic privilege. I’m not one of the plutocrats Hanauer was writing about – my assets are several orders of magnitude smaller than Wall Street billionaires – but I really don’t want to leave my one-bedroom apartment in a well-maintained highrise for something I could afford with the income I was earning last year. I really don’t want to leave my low-mileage four-year-old car for the car I could afford to buy tomorrow if all I had was my checking account – even if I did qualify for a loan at ‘reasonable’ interest.

Some people, including some that I love, take all this talk about white privilege to mean that People of Color want all the whites to disappear, or “to just go kill ourselves.” But that is not it, at all.

I think some of us white folks have been so steeped in the narrative of whites as normative – so drowned in the assumption that all of our privileges are earned, and that others are just naturally inferior so it’s not surprising that they have less of the good things and more of the bad – that we actually imagine that a critique of the unfairness that is white privilege is somehow an attack on our personal lives. That if we aren’t entitled to everything we now possess, that means someone is actually trying to kill us. Or at least, wants us dead.

Meanwhile, from a few Black friends and coworkers, I’m hearing that actually, all they want is for the white people they know and like to listen, to accept that their descriptions of their experiences are valid, and to work toward repairing the world between us.

There are, at this point, at least dozens of books to recommend, especially to goodhearted, white, liberal UUs who happen not to know any People of Color. Some of those books are even written by white people, if that makes you more comfortable. Come on in, the water’s fine – but it’s okay to dip a toe in it, to start.

Richard Rothstein and Ibram Kendi, whose books are mentioned above.

Gail Williams O’Brien, The Color of The Law, 1999, which is more about police brutality, mob brutality, and injustice in the post WW2 South. The titles are unfortunately similar, but the books are quite different (I’m only on chapter 1 of this one).

Mehrsa Baradaran, The Color of Money, Black Banks and the Racial Wealth Gap (which I haven’t started yet).

Edward E. Baptist, The Half Has Never Been Told, Slavery and the Making of American Capitalism.

Michelle Alexander, The New Jim Crow, Mass Incarceration in the Age of Colorblindness.

Ta-Nehisi Coates, Between the World and Me.

Of course, reading isn’t the most useful of possible actions, but it’s a place to start. Welcoming people who don’t look like ‘us’ onto our boards of trustees and other places of power. Intentionally recruiting people who look, dress, or sound different from the ones you have been hiring.

The Witch sits at the window, watching the clouds and wondering what I am actually doing to work for change.

I wonder about that, too.

Autumnal Equinox and a few days, 2017 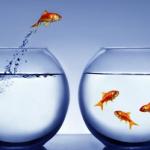 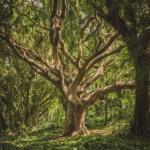