A UU Pagan At An Interfaith Prayer Breakfast 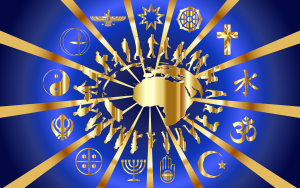 Earlier this week, I was at an interfaith prayer breakfast attended by a large number of clergy folk of various traditions, as well as a number of government officials.  There were some inspiring speakers (and surprisingly decent food), but there was also a lot of what I think of as least-common-denominator interfaith conversation.  In other words, a lot of reaching for assumed common ground between all the various traditions represented in the room.  On this occasion, as on many others that I’ve experienced, part of that assumed least common denominator was monotheism.  Which bugged me.

As a Pagan, I know that the mono part also cannot be assumed.  This didn’t used to bother me so much.  I do, actually, believe in a larger unity in which the gods participate.  (To some folks, this makes me a “soft polytheist.)  But I don’t actually experience the divine that way.  It’s an intellectual belief, tucked away in the part of my brain that cares about such things.  By far the biggest part of my own practice, though, is less about intellectual belief and more about experienced relationship, and in this realm, I am entirely a polytheist.  Divinity as I experience it comes in specific forms with specific names and individual personalities.  I have the closest relationships with Hermes and Hecate, and then have occasional contact with others.

So this time, the assumed common ground of monotheism felt even more alienating and problematic than it usually does.  Statements like “all our traditions teach that God…” rankled no matter what the end of the sentence was, no matter what was then being asserted about the character of God, even if it happens to be true of the gods I work with.

The Problem With Least-Common-Denominator Interfaith Conversation

I think this is the problem with least-common-denominator interfaith conversation.  Two things happen when we do this.  One is that all the traditions represented lose their richness.  It is the things we don’t have in common that have the capacity to make interfaith dialogue or action different from work within our own religious communities.  It is precisely our differences that might allow us to see things in new ways, or to find an innovative approach to a problem, informed by all the strengths and insights of different traditions.  When we allow each tradition to be present in its richness, we also have the capacity to find the actual areas of common ground, the real things we actually do share that can help us move forward together.  But we can’t find the genuine common ground if we stay in the assumed common ground.

This is because of the second thing that happens with least-common-denominator interfaith conversation.  Starting here, that least common denominator is going to be assumed by everyone individually.  Very, very often in spaces like the one I was at this week, at which the vast majority of people in the room are Christians and Jews, the assumed common ground becomes monotheism.  In other spaces, the assumed common ground might be different, but if it is based in assumption and not in genuine discovery, the chances are very high that someone in the room does not actually fit into this assumed common ground, just as I am not a monotheist and other UU clergy are not theists at all.

So, is there a better way?  Yes, there is!  It was actually also demonstrated at the event I attended this week.  The better way, in my opinion, is to let everyone speak from the particulars of their own traditions, with all their rich and beautiful specificity.  A few of the speakers did this – said, essentially, “Here, let me show you something about my faith that is meaningful and beautiful and relevant to the present moment in which we find ourselves.”  None of the speakers who did this came from either of the traditions in which I stand; none of them were Unitarian Universalists or Pagans.  But I found something meaningful in each of the people who approached the project this way, and importantly, I did not feel dismissed by any of them.

As we find ourselves in interfaith conversation, let’s remember this – to bring the specificity of our own practice and spiritual insight, and ask us to explore our true differences, which is, in fact, the only way we find our true common ground. 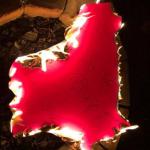 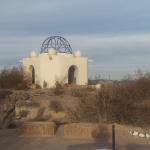 March 5, 2018 Visiting The Temple of Sekmet Near Las Vegas
Recent Comments
2 Comments | Leave a Comment
"Yes, imagination is so important! It helps us to reach out goals, it helps us ..."
WildestSea An imagination is not just for ..."
"Thank you. I have fibro flareups and depression that also act up this time of ..."
Trellia Stay grounded and centered throughout the ..."
"This is such an amazing re-telling, it actually brought tears to my eyes. I came ..."
Alicia Jolley Yule Story
"Some very lovely food for thought. Thank you."
Trellia Gratitude Salted With Fear
Browse Our Archives
get the latest from
Nature's Sacred Journey
Sign up for our newsletter
POPULAR AT PATHEOS Pagan
1