It has been over a week since a noted Muslim scholar made incendiary statements promoting the usual bigoted rhetoric used to derail conversations about systemic racism at the 2016 Reviving the Islamic Spirit convention. The scholar referred to common myths about the Black American experience like “Black-on-Black” crime and the breakdown of Black families and the subsequent attempt to apologize exacerbated the situation with the use of the typical “I have Black friends” to demonstrate how one can not be guilty of touting racist language.

The scholar’s statements subject Black Muslims to generalized language stemming from the country’s racial code that permeates throughout American Muslim society and creates unsafe spaces replete with microaggressions from their non-Black brethren. However, that is not the focus of this article.

The Prophet (SAWS) informs us:

Amazing is the affair of the believer. This is because there is good for him in every matter and this is not the case with anyone other than the believer. (Sahih Muslim)

Therefore, it is important to note some of the positive things that occurred because of this debacle of cultural incompetence.
Here are three things, out of many, that Muslims did right.

Next: The Anti-Black Elephant in the Room 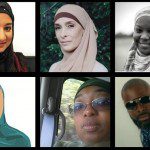 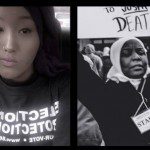 January 30, 2017 Muslim Ban, Anti-Blackness and African American Muslims
Recent Comments
0 | Leave a Comment
Browse Our Archives
get the latest from
NbA Muslims
Sign up for our newsletter
POPULAR AT PATHEOS Muslim
1