The pen is a powerful tool for social advancement and change. Written works by conscientious authors and writers can be enriching, empowering, and inspiring.  These Vantablack Muslim women use their skills as wordsmiths to contribute a breadth of prose that highlights the histories and experiences of African American and African Diaspora Muslims, address American Muslim cultural issues and contribute significant works to the American Muslim literary canon. 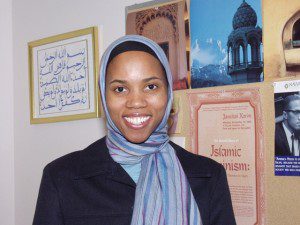 Jamillah Karim is an award-winning author, lecturer, and blogger. Karim specializes in race, gender, and Islam in America. She is the co-author of the book Women of the Nation: Between Black Protest and Sunni Islam (NYU Press, 2014). Her first book, American Muslim Women, was awarded the 2008 Book Award in Social Sciences by the Association for Asian American Studies. She is a former associate professor in the Department of Religious Studies at Spelman College where she taught courses in the study of Islam for six years. In 2010 Karim traveled with her family to Malaysia where she began her blog “Race+Gender+Faith.” As an independent scholar in Atlanta, she presents her research to scholarly communities and lectures frequently within Muslim communities.

She occasionally contributes articles on spirituality for Azizah Magazine. Karim blogs for Sapelo Square, Hagar Lives and Huffington Post Religion. In 2014, she was highlighted as a young faith leader in the African American community by JET magazine. Karim holds a doctorate in Islamic Studies from Duke University. 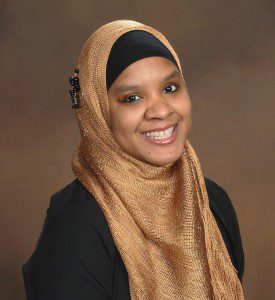 Umm Zakiyyah has a Bachelor of Arts degree in elementary education and is best known for her novels highlighting Muslim life. The breadth of her readership expands from the United States and across the globe into countries like Australia, Egypt, India, Malaysia, Nigeria, Pakistan, Saudi Arabia, the United Kingdom and the United Arab Emirates.  She’s also written for numerous publications, including SISTERS Magazine, muslimmatters.org onislam.net.

Umm Zakiyyah is the first of an expanding African American Muslim authors centering Islam in their works and focusing on spiritual and social issues specific to the culture.  Her work demonstrates and important divergence from the overgeneralized Middle Eastern/South Asian Muslim phenotype, and she uses her literary skills to assert the African American Muslim voice at a time of extensive erasure.

Umm Zakiyyah offers webinars on what she categorizes as “Islamic Fiction” for the Islamic Online University and has a variety of reflection videos on her  YouTube channel.  Some of her topics address conversion, spiritual crisis, toxic relationships and respect.

Umm Zakiyyah adapted her famous novel  His Other Wife into a short film directed by Khalil Ismail. The film is scheduled to premiere April 15th at the University of Baltimore. 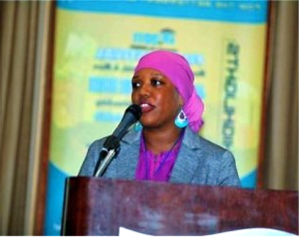 Author, poet and publisher Precious Rasheeda Muhammad educates, inspires and empowers audiences and readers about the multifaceted American Muslim experience and Islam in the country. Muhammad has an MTS from Havard Divinity School, wherein 2000, she founded the Islam in America conference at Harvard to address the lack of culturally and spiritually relevant Islamic scholarship. The conference became a motivating example for Muslims to create venues and opportunities for critical dialogue in the academe.

Muhammad also founded the Journal of Islam in America Press, an educational publishing company focusing on Islam and Muslims in America. She edited The Autobiography of Nicholas Said: A Native of Bornou, Eastern Soudan, Central Africa, an account by Mohammed Ali Ben Said (Nicholas Said) of his life as a slave, freeman, Civil War veteran, and educator.  The book serves as an example of the dedication that Muhammad and numerous African American Muslims have in preserving and highlighting the legacy of the religion’s Black adherents as members of American society.  In 2005, the Smithsonian featured Muhammad’s work about Said as part of the Forgotten Roots: African American Muslims in Early America exhibition, further demonstrating the significance of Black Muslim histories to the nation’s heritage and as the foundation of the American Muslim experience. 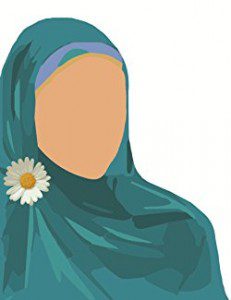 Papatia Feauxzar, a professional accountant, has become widely known for her prolific fiction writing.  She is the author of YA and children’s books, but it is her adult Muslim novels that stirred conversations about love and romance in American Muslim culture.

I include sexual love scenes in my novels to entertain readers that enjoy sultry reads and agree that Muslim fiction in all genres is underrepresented. I also write about them because they can help novices know some moves behind closed doors. Sex is divine people! It elevates the soul. I came across a woman from Medinah in my readings called Hubayy. She was known to give tips to men and women alike about sexual positions and ethics. Even her own son sought her advice, and she gladly and expertly answered him! – NbA Muslims Interview

Feauxzar published What am I?, a book for multi-racial Muslim children. The book is the first in the author’s What (Race) are We? series, which seeks to help multi-racial children answer the question they frequently encounter in their lives.

Sylviane A. Diouf is described by Who’s Who of Black Muslim Women as:

an award-winning historian specializing in the history of the African Diaspora, African Muslims, the slave trade and slavery. She is the author of Servants of Allah: African Muslims Enslaved in the Americas (NYU Press, 2013) and Dreams of Africa in Alabama: The Slave Ship Clotilda and the Story of the Last Africans Brought to America, and the editor of Fighting the Slave Trade: West African Strategies. Dr. Diouf is a Curator at the Schomburg Center for Research in Black Culture of The New York Public Library where she has curated digital and physical exhibitions on Africans in India, African American migrations, the abolition of the slave trade, the African Diaspora in the Indian Ocean world, and the black world in the 20th century.

Diouf is the Director of the Lapidus Center for the Historical Analysis of Transatlantic Slavery at the Schomburg Center for Research in Black Culture of The New York Public Library. She curated digital and on-site exhibitions on the Black Power movement, Africans in India, African-American migrations, the abolition of the slave trade, the African Diaspora in the Indian Ocean world, and the black world in the 20th century. 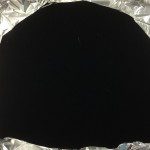 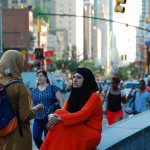