The Sadducees’ focus was on wealth

The Sadducee Sect of Judaism were the religious leaders of the Temple and had a major hand in government and society. Individuals were usually wealthy. They were strict about keeping the Torah (Hebrew Bible – the instructions for living).

Their major responsibility was to operate the Temple, doing two required sacrifices daily, and collecting taxes. They were also part of the Sanhedrin, which was the authority on Jewish law at the time and a type of court.

The Pharisee focus was on tradition

Most people who are not Jewish are not aware of the “Oral Torah,” which is the oral traditions of the fathers. There was nothing essentially wrong with it. It was simply additional instruction for living. But like many traditions we have, it became more important in the minds of some than the Hebrew written Bible (Torah). It also placed additional daily burdens on the people. They already had 618 laws to live with from the written Torah.

The Pharisees together with the Scribes interpreted the Law (Torah) for the people. If there was a conflict within the law or a new situation arose that the Torah didn’t strictly cover, the Pharisees fixed it for the people. Also if the description or statement in the book was just too foul tasting, The Scribes and Pharisees rewrote it. It’s like today using the title “lord” – we just don’t do that, don’t understand it, so we find other terms. Biblical text has to be understandable and relatable or its useless.

Jesus spoke harshly against the Pharisees

The Pharisees were regarded as teachers and acquired the name “Rabbi,” starting in Jesus’ time. Jesus spoke against the Pharisees saying, “The scribes and the Pharisees have seated themselves in the chair of Moses; therefore all that they tell you, do and observe, but do not do according to their deeds; for they say things and do not do them. They tie up heavy burdens and lay them on men’s shoulders, but they themselves are unwilling to move them with so much as a finger.” In this passage, Jesus brought eight charges against the Pharisees in Matthew 23:1–39 (NASB)

Like we sometimes do the Pharisees made long prayers while shorting the money widows received for their homes. They put heavy burdens of traditions on people who were already heavily burdened. They made a great show of giving to the Temple, but neglected those around them who needed help and they killed the prophets who called them out for their failure.

Jesus told them that their generation of Pharisees would suffer for it. In AD 80 the Romans destroyed the Temple just as Jesus said would happen. By AD 128 people were hiding in the hills (Masada) to flee the wrath of the Romans who killed all Jews they could find. The fleeing Jews were scattered to the wind.

Among the Sadducees, Pharisees, and Scribes there were no doubt many who honored God in the right ways, not just putting God first in their lives but caring for the needy. Many of them recognized the light of the divine in Jesus and followed him.

But just as today there were many who did religious activity simply for show – that is to look good in the eyes of those from whom they could gain something. Hypocrites and snakes. Many were wealthy and powerful and used religion to gain and protect their wealth, but had no appetite for helping others.

Many were steeped in comforting traditions that were simply religious mumbo jumbo, expecting favorable treatment from God, but had no real reflection of the essence of their teaching of loving others.

Religion isn’t about saying the right things and impressing other people with power and wealth. Religion mostly boils down to how we treat other people.

Institutional religion occasionally has to be purified to get rid of the false notions that invade it and displace the truth. It’s a continuous process.

Worshiping in Vain (Part 3 of 3), Pathos article by Herb Montgomery.

I will use some book references for this series, which I recommend reading: 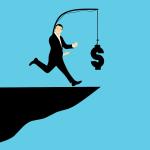 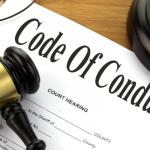 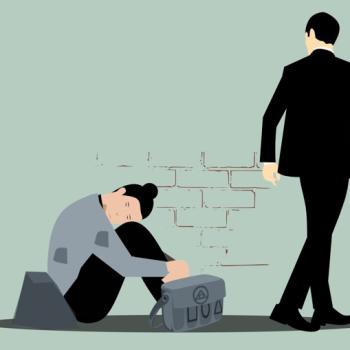 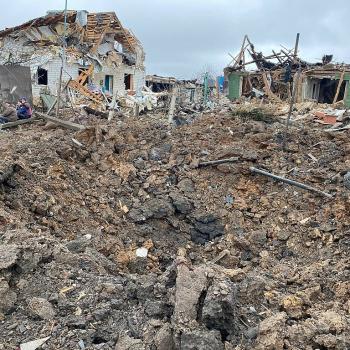 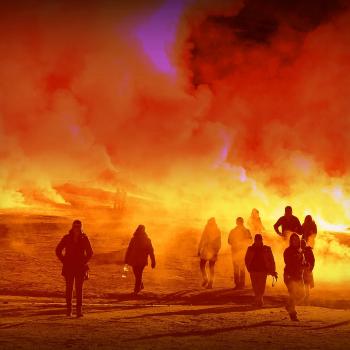 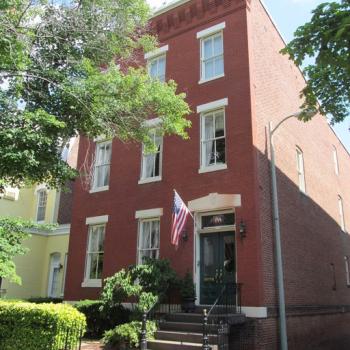