3 Keys to Thriving in Modern-Day Babylon

Last night there were statewide elections across the country, meaning roughly half of the population woke up this morning upset about the results. While Christians have a responsibility to engage in the political process, our kingdom ultimately is not of this world. For the other half, for those feeling like they are living in a state (or a country) whose values are fast departing those we see in Scripture, we can find inspiration in Old Testament heroes like Daniel, who not only survived but thrived in a foreign culture (Babylon) that didn’t even pretend to hold to Scripture. Like Daniel, if we find ourselves in a modern-day Babylon, how can we not only survive, but thrive? Here are three keys to thriving in modern-day Babylon:

1. Hope. You can’t give up hope, you can’t give up period. When you throw your hands up and walk away from it all, when you refuse to be a part of God’s redemptive purpose in the world, you cede all authority and control to the enemy. When Christians had majorities in all the states, we were still unable to legislate morality, because we deal with matters of the heart. Go back and look at how Daniel thrived in Babylon. Go back and read how the early church thrived in a hostile Roman Empire. Sometimes God does His biggest work when the culture is moving in the opposite direction. Hold your head up, praise God today, and hope.

2. Humility. Holding up placards on the side of the road denouncing godlessness and condemning everyone to hell is not the most effective way to share the love and the gospel of Jesus. If you’re in a work environment, a state, or even a country where biblical values are not upheld, you’re going to take your lumps. You will have to learn how to walk humbly and persuade others through love, not through law. If you’re looking for an example, look at how the Son of God walked humbly while on this earth, and how he willingly suffered without fighting back.

3. Hard work. The fight isn’t over, not even by a long shot. If you’re living in Babylon, you now get to put into practice Jesus’ command to be as “shrewd as snakes and as innocent as doves” (Matthew 10:16). That doesn’t mean that we start a revolution, it just means we need to work smarter and work harder. For instance, in my home state of Virginia, there was a change in party leadership in both houses of the state legislature, and an expanded abortion bill is sure to come up. If abortion rights are expanded across the state, do Christians have any other options to advocate for life other than political influence? How are churches reaching and influencing young women who are currently debating whether or not to choose life? Instead of just picketing outside of clinics, how do we reach and offer hope to young women before they ever pull up to an abortion clinic? That takes hard work, but that’s how you thrive in modern-day Babylon. 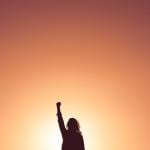 October 29, 2019
3 Great Ways to Discover Your Christian Superpower
Next Post 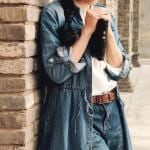 November 14, 2019 A Simple Way to Pray the Lord's Prayer
Recent Comments
0 | Leave a Comment
Browse Our Archives
get the latest from
Evangelical
Sign up for our newsletter
POPULAR AT PATHEOS Evangelical
1

What “The Rise and Fall of...
Between Two Kingdoms
Related posts from New Wineskins