Like so many churches, we have been forced to move our groups online due to COVID-19. Like so many churches, our church did so reluctantly. How can you truly have community if you’re not together? Well, as many churches have found out, there are actually some advantages to having small groups online. Technology has advanced to the point where face-to-face video conferencing (like Zoom) have become accessible to most, and the coronavirus has forced people to overcome their unfamiliarity with this technology since so much of life is happening online. It would have been mind-blowing to write this sentence a few short months ago, but some are arguing that online groups are actually better than in-person groups.

Nickey Gumbel, vicar (pastor) at Holy Trinity Brompton in London, recently recorded a podcast with Canadian Pastor and thought leader Carey Nieuwhof. Gumbel developed the world-famous Alpha Courses and has decades of experience with in-person small groups. Like so many, he never considered online groups as a viable option and only transitioned his church’s small groups to online when forced by the coronavirus pandemic. A few short months later, he is a true believer in online groups and their advantages. You can listen to the whole podcast here. (He starts talking about online groups around 29:55).

According to Gumbel, here are nine ways that online groups are actually better than in-person groups:

1. Everyone is more relaxed. Think about it: instead of walking into a strange environment, everyone is sitting in their favorite chair at home, they’ve got their coffee or tea (or whatever) fixed just the way they want, and they’re in their comfortable clothes. All of this puts a person at ease, leading to better discussion.

2. Everyone is in their own home. For most, home is a place of solace, and it’s much more inviting to join a group while at home. Some actually have a reluctance to walk into a church building or someone else’s home, so this can be an incredible advantage.

3. Travel time is cut down. This isn’t as big of an issue in smaller towns where distances are reduced, but in larger urban environments, travel time can be a groups killer. For instance, the average commute time where I live (Northern Virginia) is about an hour each way. Adding another meeting with travel time on top of that can be a huge hindrance. Online groups eliminates the travel time.

5. Childcare becomes so much easier. Unless your small group meets on Sunday morning at church when children’s activities are going on, childcare for young families can be a deal breaker for in-person groups. Gumbel shared about a single mom that was able to join an online group precisely because it was online and she didn’t have to try and arrange childcare for her kids.

6. The conversation flows better because everyone knows each other’s names. Even in groups that have met for awhile, people aren’t confident that they know everyone’s names. This can lead to reduced interaction out of fear of getting someone’s name wrong. When you’re on an online group meeting like Zoom, everyone’s name appears by their screen. As simple as that sounds, this is actually a big deal. Everyone knows everyone’s name!

7. There’s an easier out if you don’t like the group. People like to have an exit strategy before they try something new (like a small group). Think about the hurdles facing someone debating whether or not to try out a small group for the first time: they’re walking into an unfamiliar place with unfamiliar people. If they don’t like the group, they’re stuck there at least for the rest of the meeting, longer if they feel a social obligation to continue. With online meetings, there’s an easier out: just get off the call. This easier out actually incentivizes people to try something new.

8. People tend to be more open online than in person. Call this the social media effect. Have you ever noticed how people tend to share more openly (even when they shouldn’t) online? It’s as if the screen gives them a sense of transparency where they can share how they really feel. This works for online small groups as well. Gumbel shared in his podcast interview that after leading in-person groups for decades, he was shocked at just how quickly his new online group shared and how quickly they went deep.

9. Group dropout rates are reduced. A final positive aspect that Gumbel noted was that in his short time leading online groups, the dropout rates seem to have reduced. In any in-person group you start, the number you start with is hardly ever the number you finish with. It’s too easy for people to talk themselves out of getting dressed up, getting back in their car after a long day’s work to go to small group. If you’re not feeling well, if you’re got a lot to do, if childcare falls through (or any number of other things), you miss the group. With an online group, people tend to stick longer, leading to reduced dropout rates.

QUESTION: What other positive aspects have you experienced from hosting small groups online? 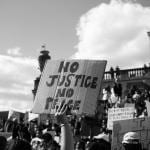