5 Reasons to Believe in the Historicity of Jesus’ Resurrection

Christianity rises or falls on the resurrection of Jesus. More than traditions, creeds or even ancient texts, the event of the resurrection itself is the lynchpin upon which everything else rests. As the Apostle Paul put it himself, “If Christ has not been raised, your faith is futile” (1 Corinthians 15:17). So how can we have faith that Jesus’ resurrection actually happened, that the story of the resurrection doesn’t begin with a preamble reserved for fairytales, “Once upon a time, in a galaxy far, far away?” Here are five reasons to believe in the historicity of Jesus’ resurrection (for more apologetics on this issue, I highly recommend the writings of Lee Strobel).

1. Non-biblical sources confirm Jesus at least died. If you were taught to be skeptical to anything you read in the Bible, there are multiple historical sources outside of the Bible that document the death of Jesus of Nazareth. As Lee Strobel writes, “we not only have multiple, early accounts of Jesus’ death in the New Testament, but we’ve also got five ancient sources outside the Bible that confirm his execution. No wonder the peer-reviewed Journal of the American Medical Association concluded: ‘Clearly, the weight of the historical and medical evidence indicates that Jesus was dead before the wound to his side was inflicted.'”

2. The news of Jesus’ resurrection spread too quickly to be a legend. Again from Lee Strobel, “Famed classical historian A.N. Sherwin-White of Oxford said it took more than two generations in the ancient world for legends to develop and wipe out a solid core of historical truth.” So if the stories of Jesus rising from the dead would have appeared 100 years or so after the resurrection took place, enough time would have passed so that church fathers could rewrite history. But the letter Paul wrote to Corinth (known in the New Testament as 1 Corinthians) is dated to the 50s AD, a mere twenty years after the resurrection. 1 Corinthians makes definitive claims about the resurrection, while countless people who could have disproven it would have still been alive. Jesus’ resurrection was not a legend claimed centuries later but an eyewitness account documented within the lifetime of everyone who experienced it.

3. The tomb of Jesus was empty. Even the opponents of the resurrection, the Jewish leaders who had so much to lose if Jesus did rise from the dead, could not point to a body. Eyewitness accounts state they began to circulate the rumor that the body was stolen, but one thing they could not do was point to a dead body.

4. We have eyewitness accounts. Again from Lee Strobel, “While we only have one or two sources for much of what we know from ancient history, we have nine ancient sources –inside and outside the New Testament – confirming the testimony of the disciples that they encountered the resurrected Jesus.” One thing that is undeniable is that numerous people claimed to have seen the resurrected Jesus, including over 500 people at one time. A mass hallucination like that is not possible. Hundreds and hundreds of people all claimed to have seen the risen Jesus.

5. The earliest disciples died for their claim of a resurrected Jesus. If the resurrection of Jesus was a hoax, the disciples would have been the ones to make it up. They would have known (even if no one else did) that the whole thing was a lie. And yet they allowed themselves to be arrested, tried, tortured and executed for their claims about the resurrection. And think about it from what you know about human nature: you’ll die for the truth. You’ll die for a lie that you believe to be the truth. But you won’t die for a lie that you know is a lie. If it was a lie, the disciples would have been the ones to create it and spread it. And yet they endured untold suffering and pain for their claim. Their lives and ultimate deaths are perhaps the greatest testimony to the fact that the resurrection of Jesus really did happen.

And since Jesus really did rise from the dead, everything changes . . . 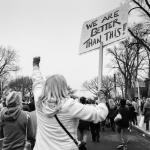 September 6, 2018
A Word of Caution for 'Culture Warriors' From the Apostle Paul
Next Post 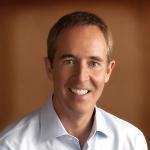 September 11, 2018 Andy Stanley Calls the Old Testament 'Outdated and Obsolete,' But It's His Inspiration That Will Shock You
Recent Comments
0 | Leave a Comment
"We need Nasori scene again next chaps 😁😁😍😍dt.SWORDGIPHY.COM/Bo5235OA"
Chaosant This is the Moment for the ..."
"No ml oknow I'm fine with that instead let's just have a haremVa.9226C.US/q5235ZR"
KrazeKode 5 Important Tweaks to Make to ..."
"The first thought of the blood on the sofa was someone on their period but ..."
Gek 5 Good Things Coming Out of ..."
"already go down too deepSv.92187.ME/gA5235r"
Fuiren 6 Practical Ways to Share Your ..."
Browse Our Archives
Related posts from New Wineskins