Jesus famously said “It is more blessed to give than to receive” (Acts 20:35). More than just a memorable quip, Jesus knew exactly what he was talking about. Here are five ways giving literally makes you happier.

1). Giving actually makes you happier. The Wall Street Journal, hardly a theological or pro-Christian publication, ran an intriguing article titled “Hard-Wired for Giving“. And here’s the tagline and I love this: Contrary to conventional wisdom that humans are essentially selfish, scientists are finding that the brain is built for generosity. Now, they’re not willing to come out and say who hard-wired for generosity, but I can: It’s God. Here’s what they discovered, when a person donates to a worthy cause, the mid-brain region of the brain lights up like a Christmas tree. Chemicals are released in your brain and you actually feel happier. Just for reference, it’s the same region of the brain that lights up when (and they make this analogy, not me), when you eat chocolate or make babies. We’re literally hard-wired to be generous and feel pleasure when we tap into how God made us. That’s the first reason. It’s more blessed to give than to receive. You’re happier when you give.

2). Giving loosens the grip of selfishness on your heart. I talked about this recently with the Greed Principle. Giving is the only antidote to greed. You know this from experience. If you want to be miserable (which is the opposite of happy or blessed), then be selfish. Think about the most selfish, greedy person you know. They don’t give anything to anyone. You know to not even ask them if you need anything, because the answer will be ‘no.’ Are they usually happy? No, usually they’re the most miserable people you know. Why? Because greed is a cancer that will eat you up from the inside out and destroy everything good about you if you let it. When you give, it’s literally like you’re releasing the negative toxins and you’re keeping a hard shell of selfishness and greed from encasing your heart. It’s more blessed to give than to receive. You’re happier when you give.

3). Giving strengthens social bonds and deepens human relationships. When you become a generous person, it seeps over into your relationships with other people. When you become a generous person, it doesn’t just stop with money. You become generous with your time and with your talents. That’s why researchers from the University of Notre Dame did a nationwide research project and discovered that people who described their lives as “very happy” volunteer an average of 5.8 hours per month and people who described their lives as “unhappy” volunteer an average of 0.6 hours per month. Just think about it. If you were choosing who you wanted to spend an afternoon with, a person who was known to be stingy, self-centered and greedy or a person who was generous and giving, who would you want to hang out with? The generous person. Not even with the expectation that you’d get anything. They’re just better people to hang around. When you develop a life of generosity, people will want to hang around you more, not because they want a hand out but because generous people are better to hang around with. You’ll have more relationships and deeper friendships. If you’re greedy and self-centered, people will avoid you and you’ll live a life of isolation. Being generous makes you happier because it strengthens and deepens your bonds with other people. It’s more blessed to give than to receive. You’re happier when you give.

4). When you give your heart gets caught up in something bigger. Let’s say you had $100 a week that you could do whatever you wanted with it. There are a lot of things that you could do. You could take your whole family out to a nice meal. That would make you happy. You could go on a mini-shopping spree and buy an outfit or two. That would make you happy, for a little while. You could save that $100 and in three months you could buy the new iPhone X, which would make you happy for a year until the iPhone XL (or whatever) came out. But what if you decided to invest that $100 in something bigger than yourself? What if you started contributing to a non-profit that built wells in Africa and gave clean water to underprivileged communities? 1 out of every 10 people on this planet don’t have access to clean water. Which means that in Africa women spend 40 billion hours a year just walking to go get water. That’s 40 billion years where they can’t get an education because they spend hours a day walking to go get water. And when they get water it’s dirty water that makes them sick. Diseases from dirty water kill more people every year than all forms of violence, including war. 43% of those deaths are children under five years old. Access to clean water and basic sanitation can save around 16,000 lives every week. So what if you took that $100 a week and did something about that? What if after a year or two of saving you actually donated enough to build a well in a village. Let’s say it’s just a small village. That would still save one life a month. That well would allow dozens of women to actually go to school because they had the time, changing the trajectory of their entire lives and every generation that comes after them. Every month, you could walk around thinking, “I saved someone’s life this month. A little girl has an opportunity for an education because of my well.” Does that seem a little bigger, a little more meaningful than another night out on the town or an outfit that you’ll only wear twice? When you give, your heart gets caught up in something bigger. It’s more blessed to give than to receive. You’re happier when you give.

5). When you give you connect with your divine identity. This is when we begin to move from the natural to the supernatural. As the Wall Street Journal itself reports, we are hard-wired to give. When we give and begin to live a life of generosity, we tap into our divine identity. How so? When we give, we’re more like God, because God at his core is a giver. What does the most famous verse in the Bible say? “For God so loved the world that he gave his one and only son, that whoever believes in him should not perish but have everlasting life” (John 3:16).

Do you want to become like God? Become a giver. God is a giver. God is generous, and we celebrate that generosity, that grace, every time we come together. When we connect to our divine identity, we begin to unlock that blessedness, that divine happiness, that God wants all of us to experience. 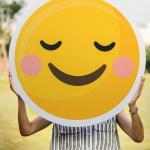 October 29, 2018
The Happiness Principle: You're Happier When You Give
Next Post 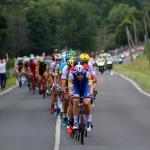 November 5, 2018 The Principle of First: The Concept Too Many Christians Are Ignoring
Recent Comments
0 | Leave a Comment
Browse Our Archives
get the latest from
Evangelical
Sign up for our newsletter
POPULAR AT PATHEOS Evangelical
1