7 Marks of a Spirit-Filled Church

What does it look like when the Holy Spirit shows up in power in a church? ‘Spirit-filled’ is a buzz word that energizes some denominations while sending others into a tizzy. Rather than rehash modern interpretations, I want to look at a beautiful description of the Spirit-filled church in Acts 2 and highlight seven identifying marks. 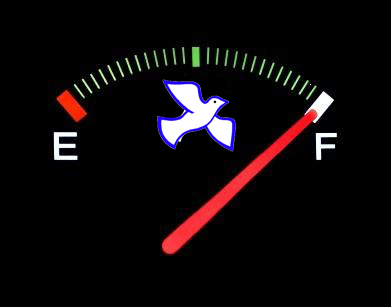 42 They devoted themselves to the apostles’ teaching and to fellowship, to the breaking of bread and to prayer. 43 Everyone was filled with awe at the many wonders and signs performed by the apostles. 44 All the believers were together and had everything in common. 45 They sold property and possessions to give to anyone who had need. 46 Every day they continued to meet together in the temple courts. They broke bread in their homes and ate together with glad and sincere hearts, 47 praising God and enjoying the favor of all the people. And the Lord added to their number daily those who were being saved. Acts 2:42-47

1. Unwavering devotion (v 42). They were all-in. This wasn’t something they did half-heartedly or on the weekends they were free. They were absolutely devoted.

2. Overwhelming awe (v 43). Their worship wasn’t lip service. It was real, it was genuine, it was overflowing. They knew they were a part of a divine movement and that reality overwhelmed them.

3. Undeniable proof of God’s power (v 43). That’s my terminology for signs and wonders. Whether it’s physical, emotional, mental, or spiritual healing, there was undeniable proof that things were happening and lives were being transformed in a way that could only be explained by the presence of God.

4. Complete unity (v 44). The believers were together and had everything in common. At this point there were no hidden agendas, no arguments, no denominations, no church splits. The only thing Jesus prayed for future believers in the New Testament (John 17) is that they would be united. That’s why if you read Acts 5 the first thing Satan attacks is their unity. A Spirit-filled church is a church united.

5. Sacrificial giving (v 45). They gave to anyone as they had need. They completely realized that everything they had was a gift from God, and they were simply stewards. If God wanted them to give their possessions to someone else, that was His call. They trusted God enough to give sacrificially.

7. God-sized growth (v 47). When God shows up in power, it’s unmistakable. God grew the church. The apostles adjusted their sails to prepare for the wind of the Holy Spirit, but it was the Spirit himself that fueled the church then, just as He’s the only one that fuels the church today.

June 16, 2015
One of the Greatest Proofs of the Divinity of Jesus
Next Post

June 18, 2015 The Most Powerful Sermon You Will Ever Preach
Recent Comments
0 | Leave a Comment
"Yes, there are silver linings from COVID-19, but good people have lost their jobs and ..."
Dennis 5 Good Things Coming Out of ..."
"How many years now do we have this question asked over and over and over ..."
A_T_T Lauren Daigle’s Refusal to Answer on ..."
"To save click on the page icon at the top right of the heading next ..."
the old scribe Why Can Christians Hope to See ..."
"Lol..,I’m no more the reason why ‘nones are nones ‘ and you know it.It’s your ..."
D.M.S. 5 Things I’ve (re)Learned Recently as ..."
Browse Our Archives
get the latest from
Evangelical
Sign up for our newsletter
POPULAR AT PATHEOS Evangelical
1