95 New Theses for a Modern Reformation

On this day, almost 500 years ago (and by almost I mean 499 years ago) Martin Luther nailed his 95 Theses to the door of the Wittenberg church in Germany and sparked what came to be known as the Protestant Reformation, a movement in response to the excesses of the Catholic church at large and whose effects are still felt five centuries later.

In honor of Martin Luther and his revolutionary spirit, I offer a new set of theses for consideration by Christians everywhere. 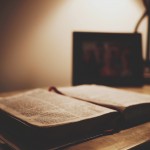 October 27, 2016
7 Essential Questions to Ask When You Study the Bible
Next Post 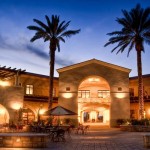 November 4, 2016 Uprising: Homecoming Chapel Sermon to California Baptist University
Recent Comments
0 | Leave a Comment
Browse Our Archives
get the latest from
Evangelical
Sign up for our newsletter
POPULAR AT PATHEOS Evangelical
1

That's Not How Any Of This...
Preventing Grace
Related posts from New Wineskins